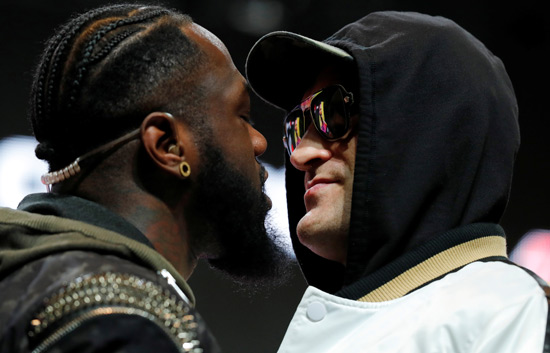 Fury Looking to Prove A Point

Sometimes psychology plays a bigger part in boxing than a punch. We need look no further than Muhammad Ali as a supreme example of mind over matter. Remember his mental demolition of two of the biggest hitters the flight game has ever known, Sonny Liston and George Foreman?
Now I am not suggesting that Tyson Fury is Muhammad Ali re-incarnate – although he is the world’s most versatile, entertaining and inspirational heavyweight since the great man himself – but I do believe he carries a distinct psychological advantage over champion Deontay Wilder when they re-run their WBC title fight in Las Vegas this weekend.

The P word comes into play because of a punch – the one which Wilder threw midway through the closing moments of the final round of their previous battle which appeared to knock Fury spark out. Of course of the Gypsy King managed to prise himself off the canvas for the second time in the fight but unlike in the ninth was touch and go at the last moment, much to everyone’s amazement, not least Wilder’s and stormed back to finish the contest looking every inch of his six feet nine a winner.

History shows he was then given the rough end of a dubious draw but I believe the vital factor remains the look of sheer incredulity on Wilder’s face as Fury beat the count tolled by referee Jack Reiss.
He almost swallowed his gumshield in in astonishment, shaking his head as he watched Fury gather his wits together and come storming forward and putting Wilder anxiously on the back foot for the last couple of minutes.

“How can anyone get up from a punch like that – no one ever has before” he seemed to be asking himself. ”God must have been on his side,” he was to say later.

It was certainly one of the best punches Wilder has ever thrown, a grenade like left hook – and he has thrown plenty in the past with either hand. Fury’s unforgettable heart and resilience will now be etched indelibly into his own consciousness. Fury has got into his head.

Like Ali, Fury has become a master of the mind games. The Sigmund Freud of sock. Not only did he show Fury that he can take a shelling from the heaviest armoury in boxing but he will be constantly reminding Wilder of this during their 12 rounds re-engagement…just as Ali did with a flummoxed Foreman.

We know he can outbox Wilder. Now the question is whether he can again outfox him too – and this time get a just verdict in boxing’s citadel where the local judges can be notoriously one eyed.

He reckons he will have to knock out Wilder in order to get to the victory he deserved last time. I doubt he can do that despite him insisting he has beefed up his power and a new training regime. He never has punched his weight, relying more on slight of fist and almost balletic foot movement for such a big man.

Wilder, only two inches shorter and similarly undefeated, can be wobbled occasionally but he has never been anywhere near off his feet. He reckons he can take out Fury in two rounds this time but this I doubt too.
“My own destiny lies with my own two fists,” Fury tells us.

For once has not had to shed weight and he believes he is in better condition than he was for their first meeting. “I learned in that first fight that he can be hit and hurt,” added Fury who – like Wilder – has won every professional fight bar that one draw in 2018. “He’s got a big right hand and that’s it. He’s a one-dimensional fighter.

“He had me down twice and had two minutes in each of those rounds to finish me, but he couldn’t. He landed two of the best punches any heavyweight in the world could land, but the ‘Gypsy King’ rose like a phoenix from the ashes.

“The biggest mistake I made was not making him pay when he was hurt. However, I didn’t know what was left in my tank because I hadn’t been 12 rounds for a long time. This time I’ll throw everything bar the kitchen sink.

Well, we shall see.

Both Wilder is co-promoters, Frank Warren and Bob Arum who have been so instrumental in his resurrection think, as I do, that he can win this time around. However there is an elephant in the room – the horrendous eye wound he received in his last contest against the moderate Swede Otto Wallin. If Wilder’s hard head, left hook or even a jab targets that right eyebrow again it could open up like an over-ripe squashed tomato. In this case Cuban cuts man Jorge Capetillo will need all the expertise he showed on that fight ifhe is to save Fury’s bacon again.

If Fury does dethrone Wilder to become the WBC champ he will have won every major heavyweight title during 12 year pro career.

Wilder v Fury 1 1 The very sound of this pairing evokes images of unremitting warfare. And this is what it is likely to be. Second helpings are not always as tasty as the first but in this case it could be even tastier. Lips are being licked inn anticipation around ythe world.

Unquestionably this is the most eagerly awaited heavyweight clash in ages and both BT and ITV have done a brilliant job in building up the interest with their pre-fight documentaries.

It does not seem a little over a decade ago that at Team GB’s training headquarters in Sheffield the then head coach Terry Edwards beckoned me over to watch a massively structured, fresh-faced young man punching the bag. “Meet Tyson Fury,” he said. “Future world heavyweight champion.” Prophetic or what?.

The smiling giant, then just 19, shook my hand and even called me Sir. He called me quite a few other names when we infamously clashed during a press conference when I asked him to mind his tastelessly foul language. But those were his bad old days. Since then Tyson has gone from idiot to icon.

Hatchets have been buried and Fury has come out of a mentally disturbed wilderness to find his true self again. Both he and the sport are better for it.

Now all that remains is for him to recapture the world championship status he had to forfeit. He came so close last time and I wish him well in his endeavour to go one better at the MGM Grand.

Providing there is no arithmetical stitch-up on the scorecards my feeling is that this time Fury will emerge unquestionably victorious with that WBC belt affixed firmly around his now slimline waist. But he knows he must keep out of harm’s way to do so. 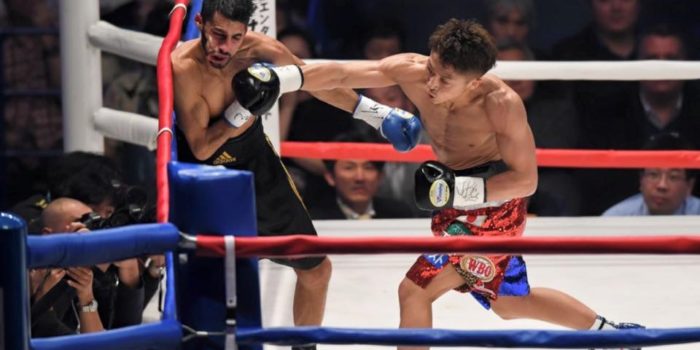 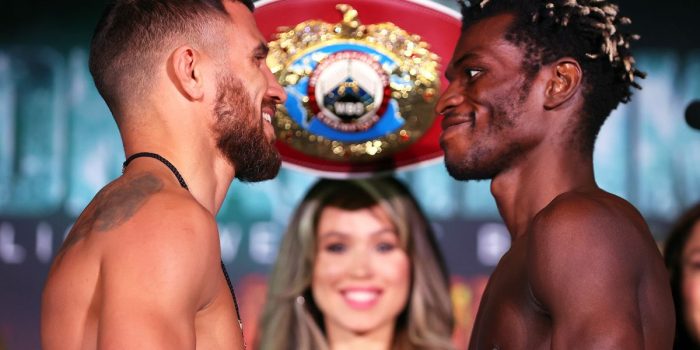