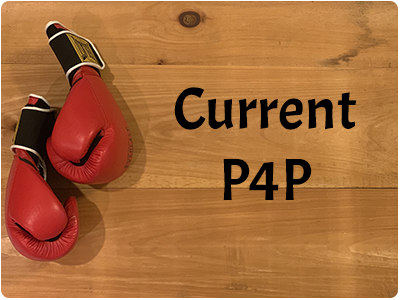 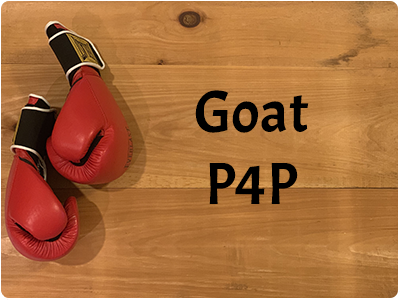 The pound for pound rankings explained. This is a necessity because unfortunately not only fans but some of the top boxing analysts, senior writers and organizations have lost sight of the true meaning of pound for pound. Originally talked about and started when welterweight / middleweight Sugar Ray Robinson dominated his era. Robinson was to small to fight the heavyweights of the time- thus the pound for pound – best/ skilled boxer list/talk started. The idea was that if Robinson was the same weight as a bigger man, he was simply the better boxer and would win.

P4P Explained:
Pound for pound is heavily based on a boxer’s performance and recent fights ( it’s really what have you done lately as opposed to a famous name). The list is ever-changing just like for example the best wide receiver in the NFL or the best hitter in baseball, every month a new ball player creeps up and has the highest average and every year it’s a new generation of baseball players that take the throne away from super-star, high-salary experienced baseball players. And that’s how the P4P list should be.

For the boxers protection, Championship fights are now only 12 rounds as opposed to 15 rounds from the 1920’s to the 1980’s. The change gradually took place from 1982-1988 after Duk Koo Kim died in a nationally televised championship fight. Prior to the 1920’s, some fights had unlimited rounds; the fight continued till someone quit or the fight was stopped by police.

To be very clear; We are not saying we should have 15 round fights anymore!!! But pound for pound is assuming a 15 round fight. In the 80’s when the two best welterweights or the two best middleweights on the planet fought each other, the way we actually found out who the best was; often was in the 13th, 14th and 15th round. That’s when we saw the best dig down deeper than the other boxer and take (will) the fight over and make it clear cut. Now its 12 Rounds and flipping a coin-sometimes with the judges deciding most big fights –
sometimes really the decision doesn’t mean anything (for example Gennady Golovkin is still universally seen as a better fighter than Canelo after having Two – 12 round fights). So when we watch the elite fighters fight each other the pound for pound rankings see how the fight is playing out and is a boxer  giving it their all- for all 12 rounds, or saving their energy for only the last round, or are they barely hanging on and can’t wait to go to the score cards because there tired of dancing and running. Is the fighter barely hanging on and would he get knocked out if the fight went another three rounds, would he have enough energy to even compete for another three rounds? And that’s why someone for example like Canelo  Alvarez cannot be in the top 10 P4P, he is simply not a 15 round fighter and he’s not knocking out good fighters his own size – it has to be one or the other if you want to make the top 10. Remember 12 round fights are there to protect the fighter which is great but when where rankings pound for pound the top guys on the planet have to be ready and prepared to go 15 rounds and if they can’t do that, that doesn’t mean they can’t be great champions, it just means they are not on the top pound for pound list.

Checkout the Best P4P Boxers Every Month: On BoxingActionMagazine.com

BoxingActionMagazine.com is always free with no subscription costs. Full Access to the entire Boxing Action Magazine including the Latest News Stories, Fight Results and Media Releases are always available complimentary to all Boxing Fans.