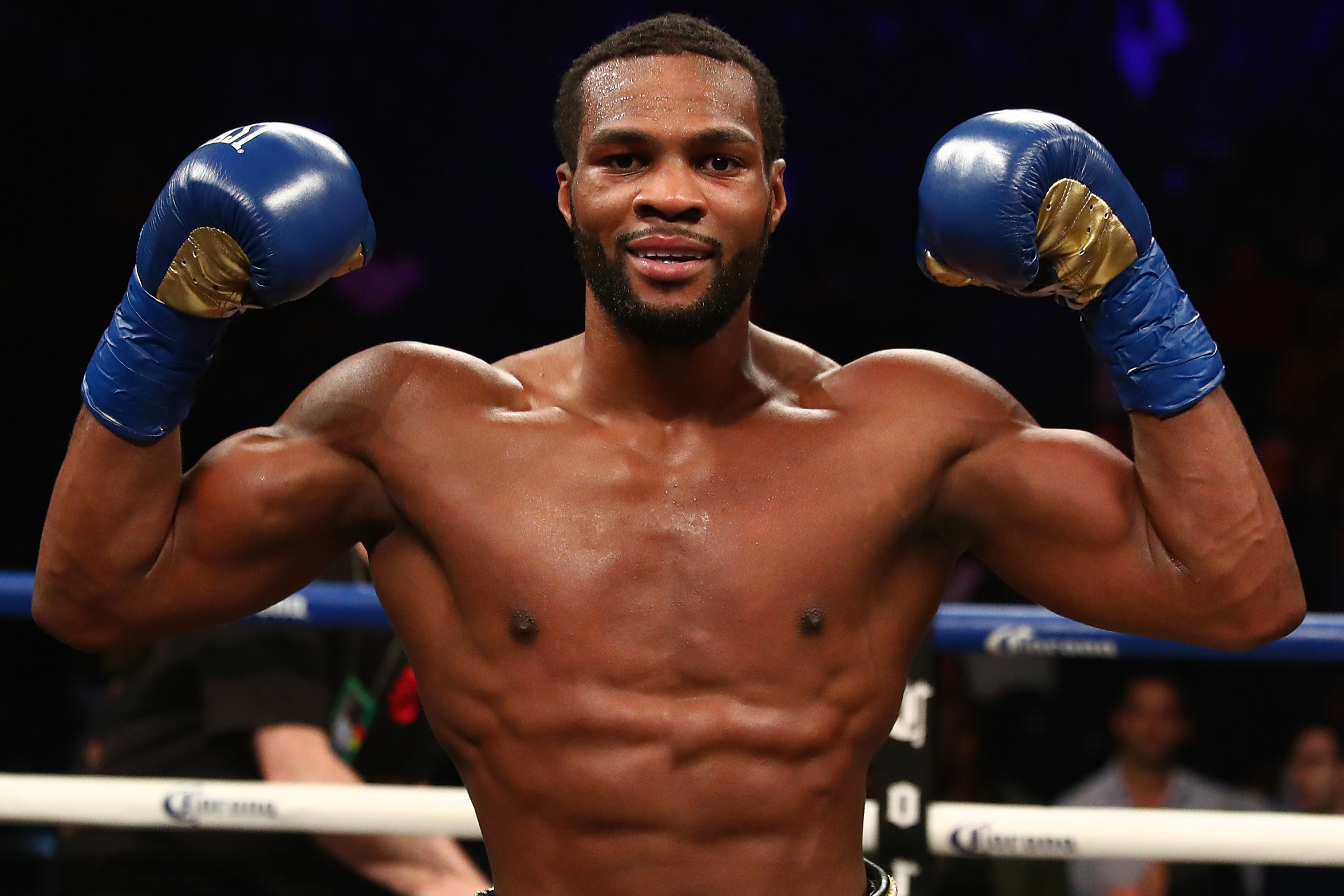 A Sit Down with Marcus Browne

The undefeated southpaw looks to keep his perfect record unblemished in his backyard of Brooklyn against former world champion Jean Pascal in a light heavyweight showdown Saturday night on FOX.

The two will meet in the co-main event of a PBC on FOX telecast (8 p.m. ET/5 p.m. PT) headlined by a heavyweight showdown between undefeated Adam Kownacki and former world title challenger, Chris Arreola.

What was it like growing up in Staten Island in New York?

There is a “crabs in the bucket” mentality, but that’s everywhere though. Staten Island is just different. I’ve lived in three boroughs. I got friends and family all over the place, especially Brooklyn. I grew up on East 93rd and Church between Avenue 8, if you wanna be real. But yeah, I’m from Staten Island, it’s dope.

Do you ever call Staten Island “Shaolin” and are you a Wu-Tang fan?

No, I don’t call Staten Shaolin and yes, I am a Wu-Tang Clan fan. My man Zack is in that new Wu series coming on Hulu. Rae and Meth are my two favorite members. More Rae because me and Rae have a personal relationship. We go out to eat, we text and call each other. If he wasn’t busy, he’d be at the fight on Saturday, but he has obligations to take care of.

Why are you the best light heavyweight in the world?

Because my trainer trained me like a featherweight. My speed, my power and my ring I.Q and just what I bring to the table overall. My form is different, I’m not like these other dudes—they like robots. I’m definitely, definitely the most athletic in the division, 1000% percent.

How did you feel beating Badou Jack?

It was a good performance. I feel like I could have stepped it up at a certain point and got him out of there. It was a learning experience and moving forward I know what to do and when to do it.

It was my first 12-rounder, so I was just trying to be little conservative. Holding back in certain areas. It showed me that I could hang with these so-called big dogs and do what I gotta do.

What fight do you want the most in the light heavyweight division?

The fight I want the most can’t happen right now, because [Oleksandr] Gvozdyk and [Artur] Beterbiev just signed to fight. Whoever is the WBC champion, that’s who I want to fight. That’s the most prized possession in boxing to me personally. it’s got that different sparkle than all the other belts, I’m just in love with that belt. I would 1000% fight the winner.

What do you think of Jean Pascal?

“ To capture all those titles, all of them. That’s the ultimate goal. ”Undefeated Light Heavyweight – Marcus Browne

Do you feel you knock him out this Saturday?

Which fighters inspired you the most?

Muhammad Ali, that’s number one. He was a fighter who didn’t just talk nonsense, he had a lot of substance about him. Zab (Judah) when I was growing up, mainly because he was from New York City. That’s when I really started paying attention to boxing—when he became world champion when he beat Cory Spinks in their second fight.

Floyd Mayweather because of his mind and how sharp he is and how he controls people in the ring. How easy he makes it look. Roy Jones for his athleticism, he just used to do elite things in the ring. Things you don’t even think of doing anymore. Andre Ward, for him being well-rounded in every area. You have some fighters that are strong, super-strong, that never became world champions. He has that perfect mixture of everything that made him the best.

I’m always defense first, so Pernell “Sweet Pea” Whitaker was a guy I looked up to as well. I took a piece from this person here, that person there and made it my own style. I don’t feel like I really fight like any of them at all.

Which southpaws are your favorites of all time?

Michael Nunn. He was like a lanky, rangy fighter. When I was growing up, a lot of people used to tell me that I’m similar to him. You gotta say Sweet Pea. I used to like Chad Dawson when he was in his prime. I watched him a lot, Tomasz Adamek, I loved that performance. I didn’t realize we do look like each other a little bit. Marvin Hagler—a monster, and of course myself.

What’s something about Marcus Browne that you think may surprise people?

I’m a nice guy, I’m a people person. I love what I love, so when it comes to eating, I’m a foodie. People can appreciate that, because people say they’re foodies, but they don’t know good food. I love to learn and not be where I was a year prior. If anyone can love me for anything, I guess it’d be for always progressing and always being in a better place than I was a year prior, mentally, physically and spiritually.

How would it feel to win a world championship and when do you think it will happen?

Whenever. It would feel great to me. It would feel like another goal chopped off the list, but that’s not the ultimate goal. When? Whenever the time is right. God’s timing is the best timing. I’m not in no rush, I’m ready whenever dudes are. I’ll just make sure I’m in training camp, prepared and do what I gotta do.

What is the ultimate goal then?

To capture all those titles, all of them. That’s the ultimate goal. Winning one is not just what I want to do, it’s not my top goal. having a couple belts at the same time, that’s the goal. God bless the fans that’ll be tuning in on Saturday. 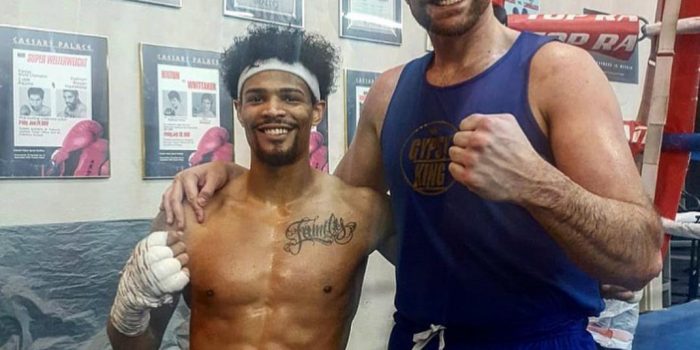 By Mauricio Sulaiman The scale has been boxer’s worst enemy . Physical and psychological fatigue... 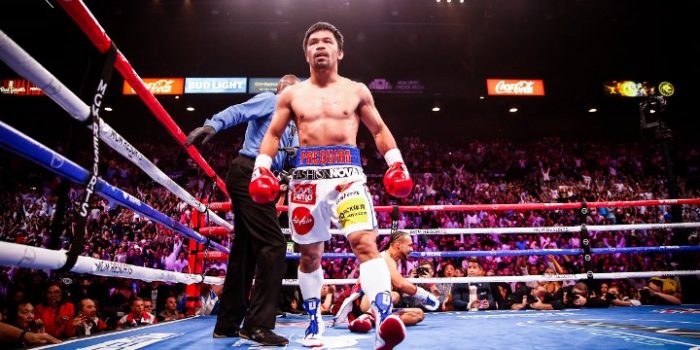 Bob Arum has no Comment on Pac’s Great Win

After warning that Manny Pacquiao was to old and should retire, Hall of Fame and...