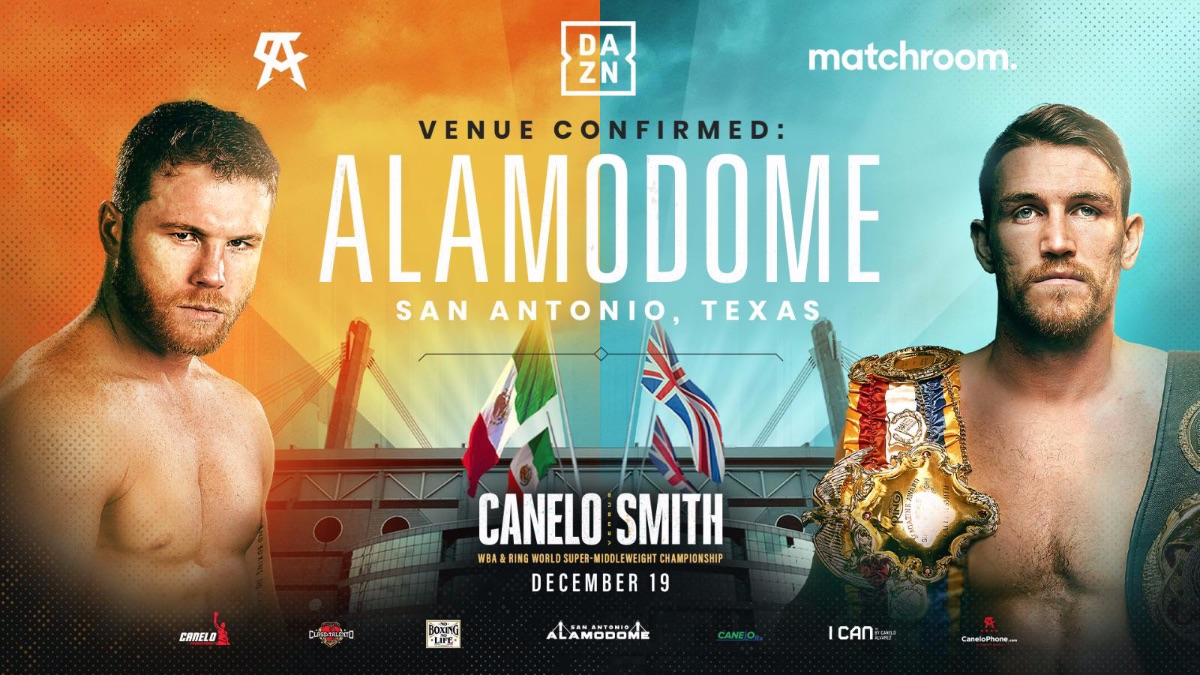 Canelo Promotions and Matchroom Boxing are delighted to announce that Canelo Alvarez’s clash with Callum Smith for the WBA and Ring Magazine World Super-Middleweight titles will take place with a limited live crowd at the Alamodome in San Antonio, Texas on Saturday December 19, live on DAZN in 200+ countries and territories worldwide and on TV Azteca in Mexico.
Canelo (53-1-2 36 KOs) fights at the venue for the second time in his storied career having beaten Austin Trout there in April 2013, and it’s the fourth time the Mexican pound-for-pound king has boxed in Texas having beaten Trout, James Kirkland and Smith’s older brother Liam in the Lone Star state.

Smith (27-0 19 KOs) will be gunning for revenge for ‘Beefy’s’ defeat in September 2016, and the Liverpool star will look to rubber-stamp his position as the number one 168lber in the world and crash into the pound-for-pound rankings himself with victory on the biggest night of his eight-year pro career.

Home of the UTSA Roadrunners, the Alamodome has a rich history of staging blockbuster fights, with their first fight the infamous draw between Mexican legend Julio Cesar Chavez and the late great ‘Sweet Pea’ Pernell Whitaker in April of the stadiums opening year in 1993, and the likes of Manny Pacquiao, Evander Holyfield, Julio Cesar Chavez Jr and Canelo himself headlining since then – and Canelo is excited to return to San Antonio and fight in front of his adoring faithful.

“I am thrilled to be back at the Alamodome and very thankful to be fighting in front of my fans on December 19,” said Canelo. “I have great memories of my previous bouts in Texas, and I expect this to be a special fight to close out the year.”

“It’s fantastic news to be able to hold this great fight in front of fans and in a great stadium like the Alamodome,” said Eddie Hearn, managing director of Matchroom Sport. “It’s a fight that deserves to be witnessed in the flesh and those fans that snap up the hottest ticket in town next week will be in for a brilliant night of action, topped by the pound-for-pound king taking on the number one Super-Middleweight in the world – a simply unmissable occasion for those in attendance and watching live on DAZN.”

“The Alamodome is extremely honored to be working with Canelo Promotions and Matchroom Boxing in hosting this mega boxing event on December 19,” said Steve Zito, general manager of the Alamodome. “We are excited to welcome back Canelo Alvarez to the Alamodome and San Antonio.  Since fan safety is our number one priority, the Alamodome has created and implemented a comprehensive COVID-19 reopening plan with details available here. The venue is prepared to offer patrons a memorable, safe and exciting fight night experience.” 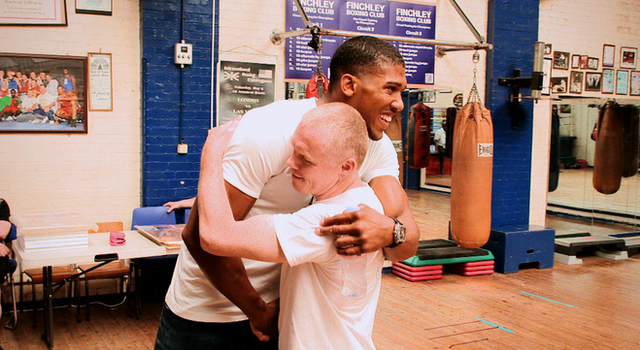 By Melanie Lloyd “If there was something wrong before the fight, that's an excuse, and... 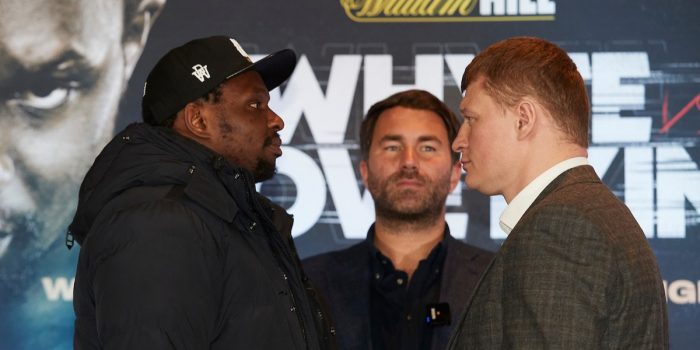