Andy Ruiz got a chance to exorcize the doubts. He got a chance on Saturday night to see who he can be again—who he can really be. The former WBA, IBF and WBO world heavyweight champ witnessed fast hands—his hands—chopping and strafing Chris Arreola. Ruiz saw quick, nimble feet—his feet—maneuvering around the ring. A few weeks ago, he even joked it was a miracle he could see his waistline for the first time in a while.

Now he can see the future.

Before a sellout crowd of 3,940 at Dignity Health Sports Park in Carson, California, Ruiz got up from a second-round knockdown to methodically break down the stubborn Arreola for a unanimous 12-round decision victory in the PBC FOX Sports pay-per-view main event.

For a moment, Ruiz was transported back to that magical night a month and two years ago to the day when he shocked the world—and maybe himself—when he rose from the mat to beat Anthony Joshua and become world champion.

“Chris is a veteran and a hard puncher,” Ruiz said. “We did what we had to do tonight. We got the victory that we wanted. I was at my lowest point and now I have to climb the ladder again. I’m thankful for the victory and I’m ready to move on to the next.”

Ruiz weighed in at 256, his lightest weight since he was 252¼ in a 10-round victory over Kevin Johnson in July 2019. It was a 27½-pound difference since the Joshua rematch, which he weighed a career-high 283½. Not to be outdone, a lean Arreola tipped the scales at a career-low 228½.

It was evident quite early that Ruiz had the faster hands. The 40-year-old Arreola (38-7-1, 33 KOs) was in good shape, thanks to new trainer Joe Goossen. Whether or not that he could last was the question.

Ruiz jabbed to the body and connected with rights to the body and the head. Then, suddenly, with 1:46 left in the second, Arreola dropped Ruiz with an overhand right on the side of Ruiz’s head, set up by the jab. Ruiz got back up, though on unstable legs. At the outset of the third, Arreola had Ruiz in trouble again with a counter left hook.

“He got me with a good clean right hand in the second round,” Ruiz said. “I was too overconfident and dropped my hand a bit. Hats off to him. We just kept pushing and pushing. I switched up and started focusing on counterpunching and working the body.

“I felt a little rust and I know other fighters can relate to that. If he wants to run it back, we’ll run it back with him.”

In the fifth, Ruiz went back to pecking jabs to the body and closed the round with a three-punch combination. Ruiz was actually up on his toes in the sixth, his best round to that point.

Ruiz began finding a rhythm in the seventh. In the eighth, Arreola shook his left arm, after Ruiz hit him on his left shoulder blade. Arreola told Goossen that he was okay between rounds.

In the ninth and 10th, Ruiz kept tapping the body with hard jabs, then would mix rights with left hooks up top. Ruiz wore the stoic expression like he was taking a casual stroll in a park. With 2:05 left in the 11th, Ruiz had Arreola backing up, and once again, Arreola began shaking his left arm.

Ruiz finished strong, unleashing a three-punch combination just inside of two minutes left in the fight. With blood dripping from his nose, Ruiz closed with a left hook, followed by a right—Arreola deserves credit for withstanding the blows.

Afterward, not only did the 31-year-old Ruiz resurrect his career, so too may have Arreola.

“I respect the judges, but I guess beauty is in the eye of the beholder,” Arreola said. “He might have won, but don’t tell me I only won two or three rounds. I got hit in the shoulder and it kinda threw it off. It wasn’t a big deal though. It’s a part of boxing. I didn’t take too much punishment. I’m ready to run it back with Andy.” 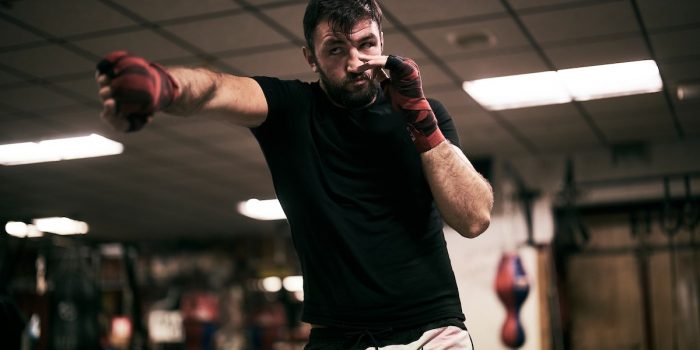 FURY: POVETKIN’S STYLE IS PERFECT FOR ME

Hughie Fury believes Alexander Povetkin’s style is “perfect” for him as he prepares to take... 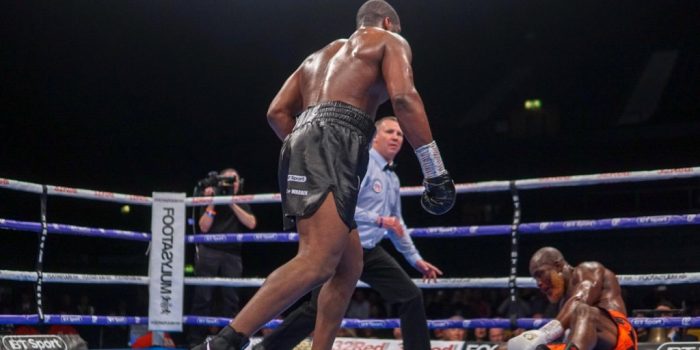