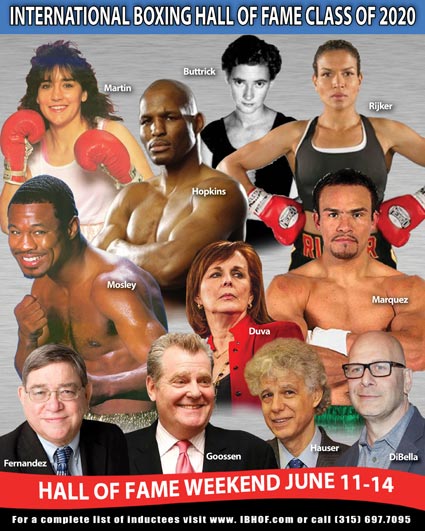 CANASTOTA, NY – DECEMBER 4, 2019 – The International Boxing Hall of Fame and Museum announced today the members of the Class of 2020. Inductees include champions Bernard Hopkins, Juan Manuel Marquez and “Sugar” Shane Mosley in the men’s Modern category; Barbara Buttrick in the women’s Trailblazer category and “The Coal Miner’s Daughter” Christy Martin and “The Dutch Destroyer” Lucia Rijker in the women’s Modern category. Non-participants and observers to be inducted include promoters Lou DiBella, Kathy Duva and Dan Goossen and journalists Bernard Fernandez and Thomas Hauser.

Lightweight champion Frank Erne in the Old Timer category and Paddy Ryan in the Pioneer category will also be honored. Inductees were voted in by members of the Boxing Writers Association and a panel of international boxing historians. Biographies on the Class of 2020 can be found on www.ibhof.com

“We’re extremely excited about the Class of 2020 and are very much looking forward to honoring the newest class of inductees, which includes the first ever female boxers to be enshrined,” said Executive Director Edward Brophy.

The 2020 Hall of Fame Induction Weekend will be held June 11-14th in Canastota, NY. Many events in “Boxing’s Hometown” of Canastota throughout the four-day celebration, including a 5K Race / Fun Run, golf tournament, boxing autograph card show, VIP Cocktail Reception, Parade of Champions and the Official Induction Ceremony on the Hall of Fame Museum Grounds, are scheduled. The Hall of Fame Weekend evening events include Friday night’s Fight Night at Turning Stone and Saturday’s Banquet of Champions. Both events will take place at Turning Stone Resort Casino in nearby Verona, NY. 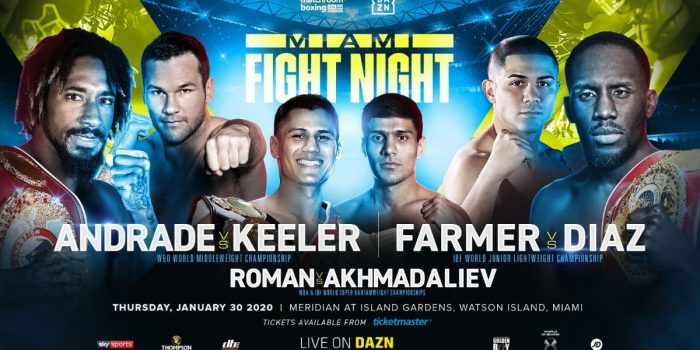 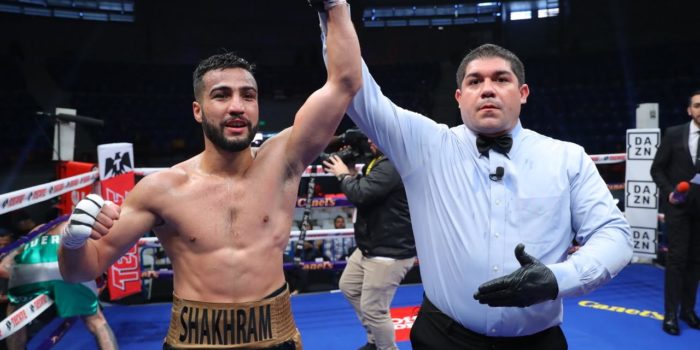