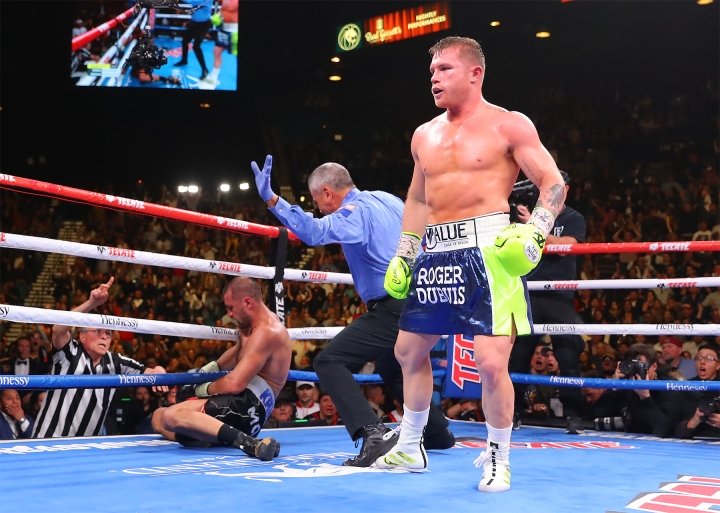 LAS VEGAS — Saul “Canelo” Alvarez (53-1-2, 36 KOs) made history at the MGM Grand Garden Arena by capturing the WBO Light Heavyweight Championship with an 11th round knockout over Sergey “The Krusher” Kovalev (34-4-1, 29 KOs).  With the win, the 29 year old Mexican phenom and boxing’s biggest star became a 4 division champion.  Within the last year, Canelo unified the the WBC and WBA middleweight titles by beating Danny Jacobs, won a secondary title at 168lbs with a knockout win over Rocky Fielding, and now has moved up 2 weight classes to dethrone the once dominant Russian knockout artist, Sergey Kovalev.

The bout was slated to be competitive and exciting boxing affair, but in my humble opinion, it came up very short.  There was an hour and a half between Ryan Garcia’s first-round knockout of Romero Duno and the main event.  During that break, Canelo and Kovalev were seen laying down on couches nearly falling asleep.  The lengthy delay came as a result of DAZN electing to commence the fight after the main event of the UFC 244 bout between Jorge Masvidal and Nate Diaz at Madison Square Garden.  In fact, that fight was shown on televisions throughout the MGM Grand, while DAZN commentators and television editors did the best they could to keep those watching the broadcast interested and engaged.  Quite frankly, they lost me after about 45 minutes with the images of both fighters not warming up and laughing, while they waited to for the biggest fight of their respective careers.

The fight, which finally started after 1:18am Eastern time started slowly, with Kovalev basically using his jab to keep the younger Canelo from closing distance as he came forward.  Despite the very significant size advantage, Canelo was seemingly the stronger fighter in the ring.  He stalked the Russian like he stalked GGG in their second fight.  This was shocking, as Kovalev has always been known for his power in both hands.  However, for some reason Kovalev did not commit to any of his punches and was content with merely peppering Canelo’s gloves, which were held high as he moved forward.  It almost seemed to me that Kovalev did not want to hurt Canelo.  Sure, the young challenger is a great counter puncher, but he is the same fighter that did not knock out Danny Jacobs, GGG, Julio Cesar Chavez, Jr., Miguel Cotto, Floyd Mayweather Jr., and Austin Trout.  I have to be honest, while watching the fight, I could not help but to think that Kovalev did not go into that ring with the intent to win.  It was clearly not the same Kovalev that recently knocked out Anthony Yarde with a stiff jab.  Nor was it the same Kovalev that outboxed the much bigger Eleider Alvarez.  It also was not the same Krusher that floored Andre Ward with a straight right hand and that had the then pound for pound best using every inch of the ring to avoid his power punches.

Whether a staged win or not, Canelo came out of the fight with a knockout victory in front  of the 14,490 in attendance at the MGM Grant and the millions watching on DAZN in the 11th round.   Alvarez ended the fight by landing a left hook on the chin that badly hurt Kovalev and followed up with a strong right hand that sent Kovalev to his knees basically falling out out the ring.  Referee Russel Mora stopped the fight immediately, as it appeared that Kovalev was out cold.

Judges Dave Moretti and Julie Lederman had Alvarez leading 96-94 at the time of the stoppage, while Judge Don Trella had it even at 95-95. Despite the loss, Kovalev earned a reported $12.5 million, which is his biggest payday to date.  As always, Canelo earned another nice payday (35 million), but more importantly continues his ascent to super stardom in the sport of boxing.

When asked what was next for him by DAZN’s Chris Mannix, Canelo did not indicate which weight division he would be campaigning at in his next fight.  When questioned as to whether a 3rd fight with GGG is possible, Alvarez responded by saying, “I have said it before. It’s not really a challenge to me. We’ve fought 24 rounds, and I beat him. It’s not really a challenge for me, but if it represents business, why not?”

Although, Canelo was victorious with this win against the fading Kovalev, Golden Boy likely will not risk putting him in the ring with the younger and more skilled Light Heavyweights.  Both Arthur Beterbiev and Dimitry Bivol would be to much for Canelo in my opinion.  A move back down to middleweight or super middleweight is much more likely. The question is whether he will allow Demetrius Andrade or Jermaine Charlo a shot at unifying the middleweight title or whether he will challenge Callum Smith for the WBA super middleweight belt.  One thing I do hope for, is that whoever gets in the ring with Canelo actually tries to win and does not lay down and take the payday, as Sergey Kovalev did in Las Vegas last night. 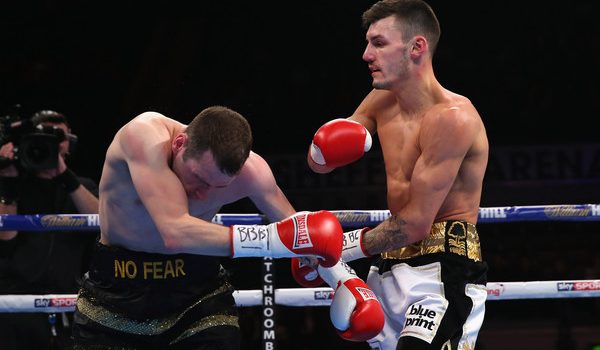 LEIGH WOOD: FROCH WAS AN INSPIRATION AND STILL IS 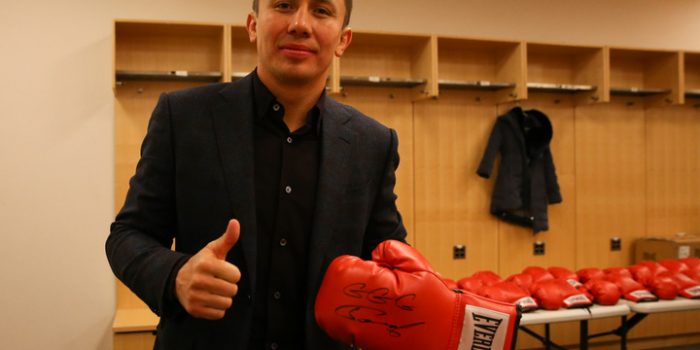 Some of the biggest battles in boxing are done behind the scenes. As Canelo celebrates...