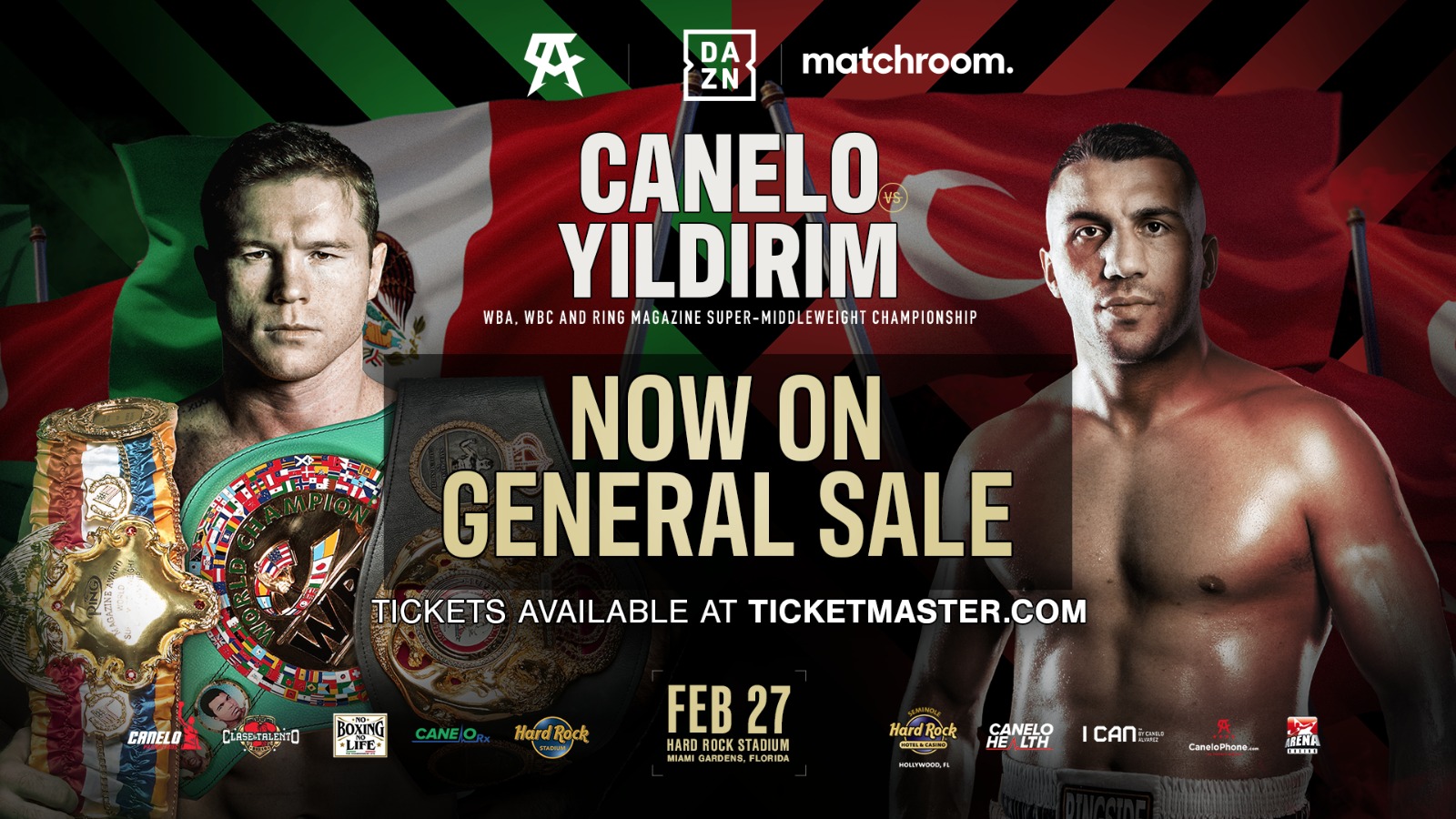 CANELO VS. YILDIRIM TICKETS ON SALE

Tickets for Saúl ‘Canelo’ Álvarez defense of his WBC, WBA Super and Ring Magazine World Super-Middleweight titles against Avni Yidirim on Saturday February 27 at the Hard Rock Stadium in Miami Gardens, Florida, are on general sale NOW! The event is live worldwide on DAZN (excluding Mexico) or on cable/satellite pay-per-view in the U.S. and Canada.

TICKETS ARE ON GENERAL SALE NOW FROM TICKETMASTER – TICKETS START AT $55 (PLUS FEES) – FANS CAN VISIT WWW.HARDROCKSTADIUM.COM/BOXINGFOR MORE DETAILS

Canelo (54-1-2 36 KOs) cemented himself as the number one pound-for-pound fighter in the world and the top dog in the 168lb division with a dominant win over previously unbeaten Briton Callum Smith in San Antonio, Texas in December with the WBA, vacant WBC and Ring Magazine belts on the line in front of a sold-out socially distanced crowd in the Lone Star state.

Yildirim (21-2 12 KOs) has been biding his time to fight for the WBC title once again, having been frustrated in his last outing when his clash for the vacant crown with Anthony Dirrell in Minnesota in February 2019, with the clash ending in a technical decision win for Dirrell after he suffered a cut over his eye.

Martinez (17-1 13 KOs) puts his title on the line for the third time since landing the belt in December 2019 in a thrilling stoppage win over Cristofer Rosales, outpointing Jay Harris in Dallas in February and blasting away Moises Calleros in two rounds in Mexico City in October.

Arroyo (20-4 15 KOs) has been ready to pounce on his shot at the title and win a World strap at the third time of asking. The decorated Puerto Rican amateur was edged out via split decision by IBF champion Amnat Ruenroeng in September 2014 and then fell to pound-for-pound star Roman ‘Chocolatito’ Gonzalez in April 2016 for the WBC and Ring Magazine crowns in California.

Chinese Heavyweight star Zhilei Zhangmake a quick return to action over ten rounds against Jerry Forrest, and a host of young talents get the chance to shine on the card in the form of Diego Pacheco. (10-0 8 KOs), Alexis Espino (6-0 4 KOs), Marc Castro (1-0 1 KO) and Aaron Aponte (1-0 1 KO). 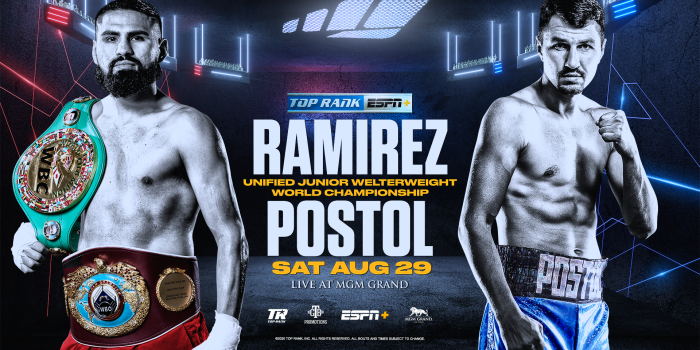 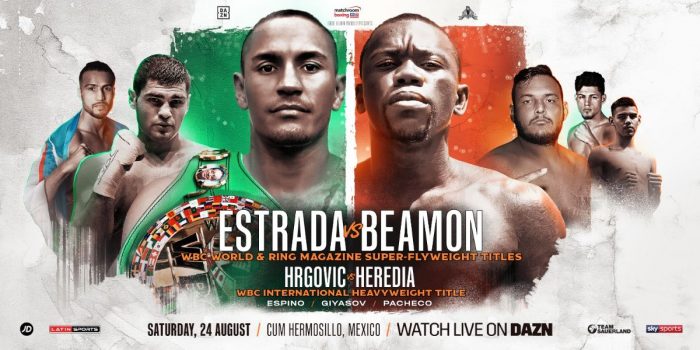