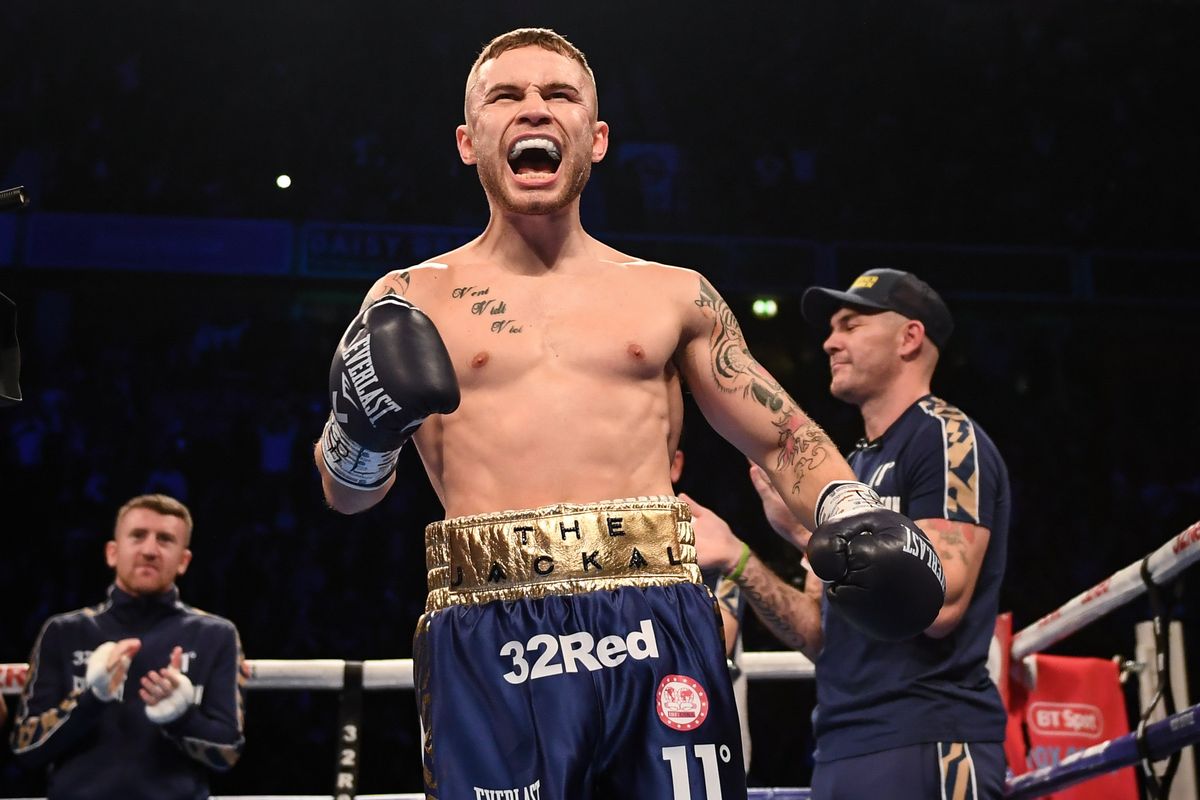 Carl Frampton to Fight Tyler McCreary on 11/30 in Vegas

The Belfast fighter, 32, will face the unbeaten American in a 10-round super-featherweight bout at The Cosmopolitan.

The former two-weight world champion’s last fight was the defeat by Josh Warrington in December 2018.

“I’m delighted to be making a comeback after what’s been a horrible year for my career,” said Frampton.

The fight sees Frampton move up to super-featherweight for the first time having lost his IBF featherweight title clash with Warrington in Manchester last year.

It will be his first appearance in the United States since January 2017, when he suffered his first career loss to Leo Santa Cruz which saw the Mexican reclaim the WBA featherweight crown with a majority decision at the MGM Grand.

“I didn’t get the Top Rank deal off to an ideal start, but coming back in Vegas is great for me, especially against a really strong opponent,” added Frampton.

“It needed to be someone who would test me.

“McCreary is a quality opponent but if I want to be competing against the top guys in the world, which I believe I can, I need to be beating guys like him and doing it in style.”

The Las Vegas bill also includes the super-featherweight contest between Oscar Valdez and Andres Gutierrez, who pulled out of his 2017 fight with Frampton after slipping in the shower.

Frampton was scheduled to return to the ring against Emmanuel Dominguez in August before a freak accident involving a large ornament led to him pulling out with a broken hand.

McCreary, 26, who goes by the nickname ‘Golden Child’, has won all his 15 professional fights and is relishing the Vegas showdown.

“It’s a big step up for me, but I feel that I’m ready for it,” McCreary said.

“It’s an opportunity I couldn’t turn down, and I feel that every fight is a risk.

“This is one where, if anything, I would love to risk my undefeated record against a fighter like Frampton. A win here means a world title shot next.”

Frampton’s co-promoter Frank Warren said: “I’m delighted we’ve got Carl out again before the end of the year.

“He had a tough time of it in August with the freak injury, which meant he couldn’t fight as planned.

“In this fight against McCreary, I believe Carl will prove that he is still an elite fighter and will be fighting for world titles again before long.” 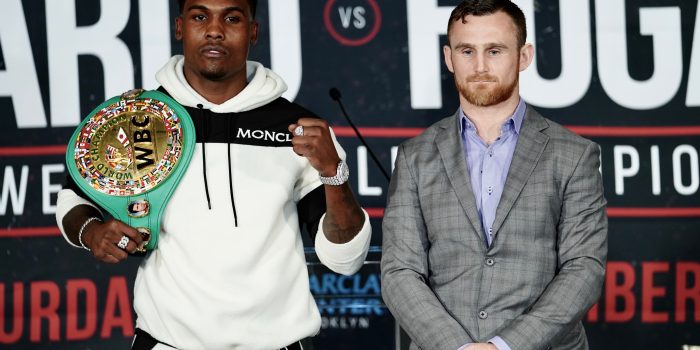 The unbeaten 160-pound star Charlo makes the second defense of his WBC title against the... 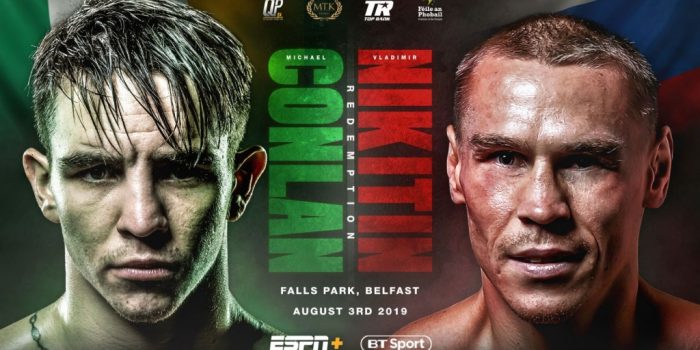 CONLAN VS NIKITIN In Belfast Aug. 3

MTK Global is delighted to announce a UK broadcast and promotional deal with Frank Warren...