Gongora (19-0 14 KOs) returns to the scene of his biggest win in the paid ranks, his dramatic 12th round KO victory over Kazakh talent Ali Akhmedov at the Hard Rock Casino in December to land the strap he puts on the line against Pearson (17-2 12 KOs).

The timing of the win and his subsequent deal with promoter Eddie Hearn couldn’t have come at a better time for the Ecuadorian, who admits he was getting frustrated with his lack of opportunities.

The 31 year old has been hailed in his homeland and is driven on by his family to achieve even more, and that starts with a successful defense against Pearson, before targeting the big name showdowns.

“I went through some pretty hard times,” said Gongora. “I still kept my hopes up, the will to keep fighting, the dream of becoming a World champion, and it came, thank God.

“I was training with Hector Bermudez and I kept up my training. He was the one who was always pushing me to train and train and train, because I was really unmotivated, because I have my family and I am here fighting, more than anything. Trying to keep pushing forward for them, so not getting fight makes it difficult to stay motivated.

“Hector was always telling me to keep going, keep training. He would push me. And we kept training, we stayed in shape, and I told myself I’d been here a long time and wasn’t going to fight.

“So, I went back to Ecuador and stayed there a while, I was training but not at 100 per cent. I was going on runs and staying in shape, until they called me to tell me we had a fight with Akhmedov and we only had around 15 days to prepare.

“I went into the second round and got hit by a really powerful shot, I mean, he hit me in the back of my head. But I had that will… the will to fight, that will get me through those moments. We kept improving as the rounds went on and, in this case, technique prevailed and the preparation I made in order to win the fight.

“I really, really wanted to win it. I wanted to take advantage of this opportunity that presented itself. It was something that helped me stay on my feet. I said I wouldn’t go down until the final bell rang, and that pushed me forward until I got the victory.

“My uncle is Segundo Mercado. He’s someone who fought for World championships. He fought Bernard Hopkins, he challenged twice for the World title. He couldn’t get them, but I followed in his footsteps and got the World title. My family motivates me and people who are fighters motivate me, the ones always persevering and pushing forward, they don’t just sit back, and they put in the work for all their accomplishments.

“The people were very happy where I’m from, in the Napa province, because they saw me grow up as an athlete, and they have been so excited to this point. They consider me their athlete in that province and a lot of people in the country. I received a lot of messages from many people, many people from other countries, Ecuadorians who are based in other countries. I’m very proud to have this achievement.

“The thing is that many boxers get stuck on one style, and they always stay in the same style, so it becomes predictable. So, we are always changing and that’s important. To keep improving as an athlete, not getting too comfortable and getting stuck.

“I haven’t actually had the opportunity to really meet Eddie Hearn properly yet. I’m looking forward to seeing him in Florida and shake his hand, to thank him for the opportunity that he’s presented me to advance my career.”

Gongora’s clash with Pearson is part of a stacked night of action in Florida headlined by Demetrius Andrade (29-0 18 KOs) defending his WBO World Middleweight title against Liam Williams (23-2-1 18 KOs). 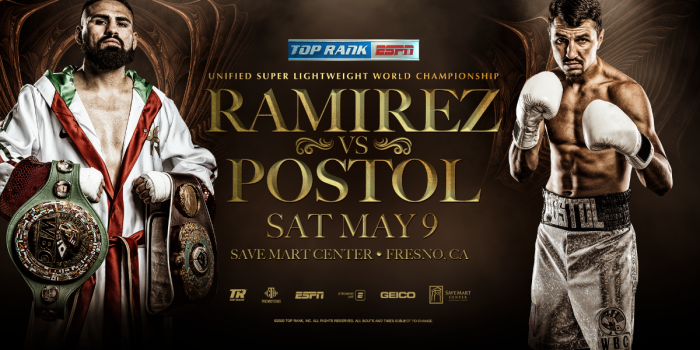 Jose Ramirez-Viktor Postol Set for May 9 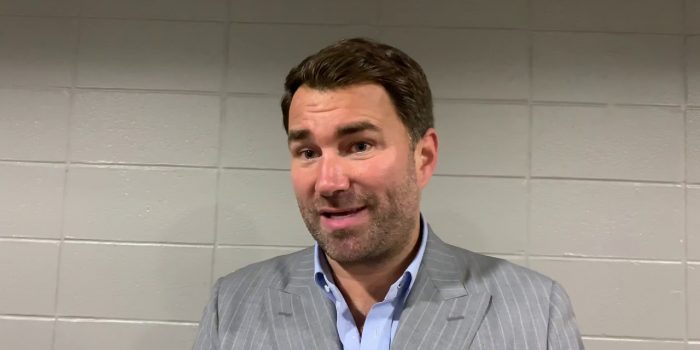