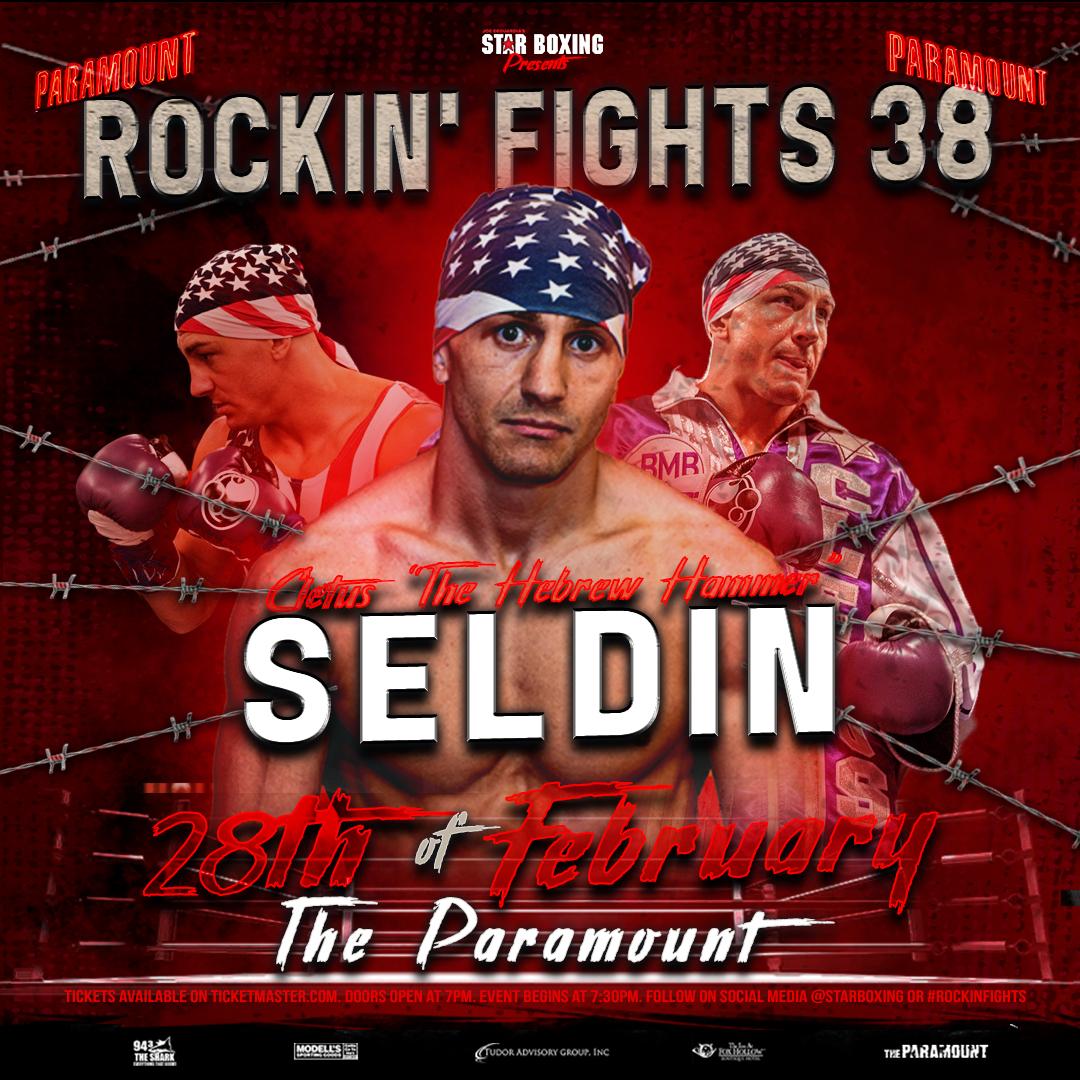 02/04/2020 Boxing Action Magazine Headline News
Long Island, NY, February 4, 2020
On February 28, JOE DEGUARDIA’S STAR BOXING returns to The Paramount in Huntington, Long Island, for one of the most anticipated “Rockin’ Fights” to date.  The return of CLETUS “THE HEBREW HAMMER” SELDIN (Shirley, NY 24-1 20KO’s) to where it all began has Long Island buzzing.  Seldin will be defending his NABA Super Lightweight Title against Colombian veteran HUMBERTO “METRALETTA” MARTINEZ (Monteria, Columbia 33-9-2 17KO’s).
Seldin returns after an eight-month layoff due to his torn rotator cuff.  The injury occurred during perhaps Seldin’s best win to date, an 11-round TKO upset victory over 6-time world champion ZAB “SUPER” JUDAH (44-9 30KO’S) at Turning Stone during the illustrious Boxing Hall of Fame Weekend. Seldin is currently riding a three-bout knockout streak, which began at the Chesapeake Energy Arena in Oklahoma against NELSON LARA (17-10-4 9KO’s) on ESPN+, followed by a dominating TKO performance against ADAM MATE (28-13 21KO’s) on NESN at Mohegan Sun Arena.
Making his United States debut, Humberto Martinez will be challenging Seldin for his NABA title.  Martinez is no stranger to big time fights, having challenged for the WBC Latino and Continental America’s as well as the WBO Latino Super Featherweight Titles.  Taking on the likes of former world champion JORGE LINARES (then 46-5 28KO’s) and former WBC International Silver Lightweight Champion, DANTE JARDON (32-6 23KO’S), Martinez has the experience he feels is necessary to upset the hometown hero.
Seldin’s come forward, crowd pleasing, no breaks style always brings fans to their feet – especially the Seldin faithful who affectionately call themselves “Hamma Heads.”  Known for his immense power, Seldin displayed improved footwork, boxing IQ and tactic during the Judah fight, which he hopes to continue to progress ahead of his February 28 bout.
Martinez believes he is up for the challenge, “I know Cletus is a very hard puncher, but we have fought hard punchers before.  We are starting camp in Florida and I promise I will be in great shape and make a very good fight”
Seldin cannot wait to defend his belt in front of his Long Island faithful, “I am not only coming into this fight looking to put on a show, but what better way for me to return to The Paramount by also bringing my NABA belt home and defending it in front of my hometown fans. Be there February 28, you will not want to miss it.”
“As one of, if not the, hardest punchers at super lightweight, anytime Seldin steps in the ring, it is guaranteed to bring fireworks,” said Star Boxing CEO JOE DEGUARDIA.  “We are excited to bring Seldin back to where it all began, at The Paramount.  He has a very pleasing style that really excites the fans.  You will not want to wait to get tickets to “Rockin’ Fights” as they are already moving fast.”
Share: 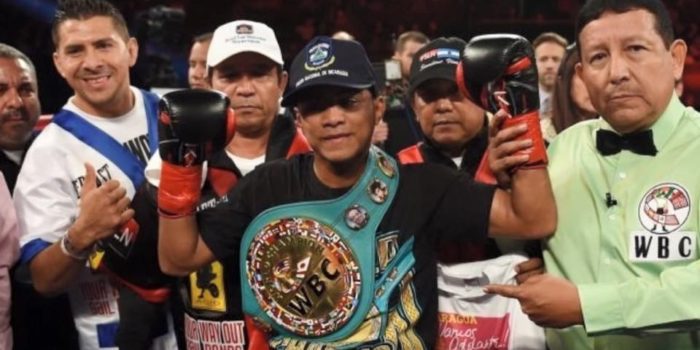 Chocolatito is the Babe Ruth of Boxing. Is Chocolatito the Greatest Boxer Of All Time?... 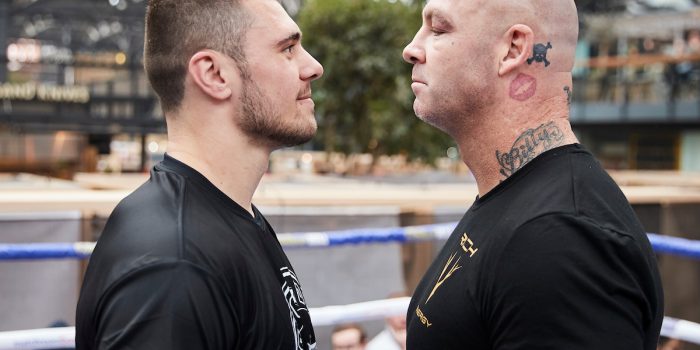 ALLEN: THERE’S ZERO CHANCE OF ME BEING KNOCKED OUT

Dave Allen insists there is “zero chance” of Lucas Browne defeating him by knockout when...