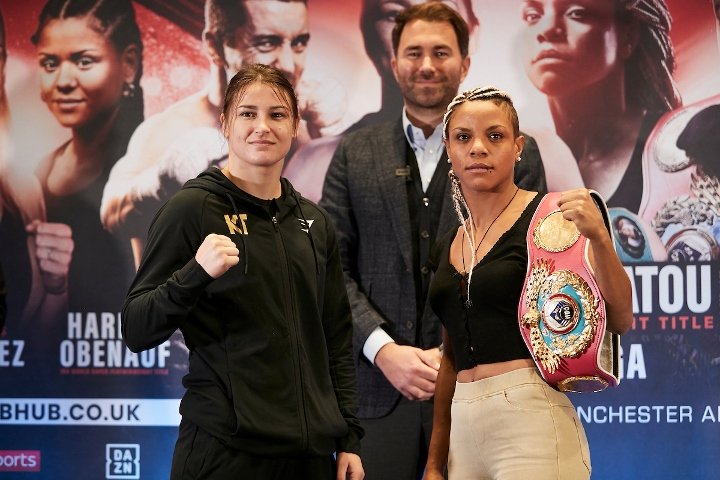 Taylor stepped up to super-lightweight for the first time in her career and relied on her superb boxing skills to end the two-fight reign of Linardatou and claim the WBO title.

The victory saw the record-breaking Bray Boxer, who defeated Delfine Persoon to become undisputed lightweight champion in her last fight in New York on June 1, follow the footsteps of Steve Collins and Carl Frampton by becoming only the third Irish fighter to win world titles in two divisions.

Linardatou started on the front foot, bobbing and weaving in a busy opener, but Taylor used her footwork to find her range in the second and started to pick her shots.

The champion targeted Taylor with overhand rights in the third and continued to march forward in the fourth throwing a high volume of shots.

Taylor used her superior movement to avoid the majority of shots and boxed superbly on the back foot in the middle rounds.

A thrilling eighth round saw both fighters land heavy shots and the Dominican-born fighter appeared to wobble Taylor but the 33-year-old responded with a hook of her own.

The pair continued to trade leather in the ninth and Taylor was forced to use all her boxing skills in the 10th to secure victory via unanimous 96-94, 97-93, 97-93 verdict. 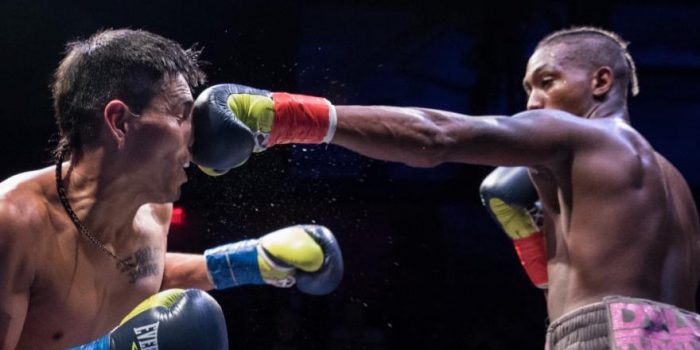 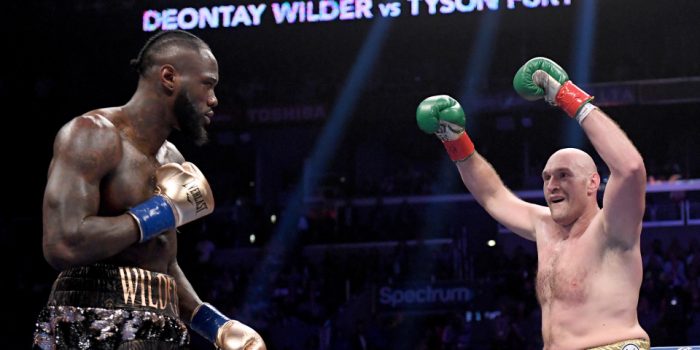 By Michael Benson Deontay Wilder thinks he knows why Tyson Fury is said to have...