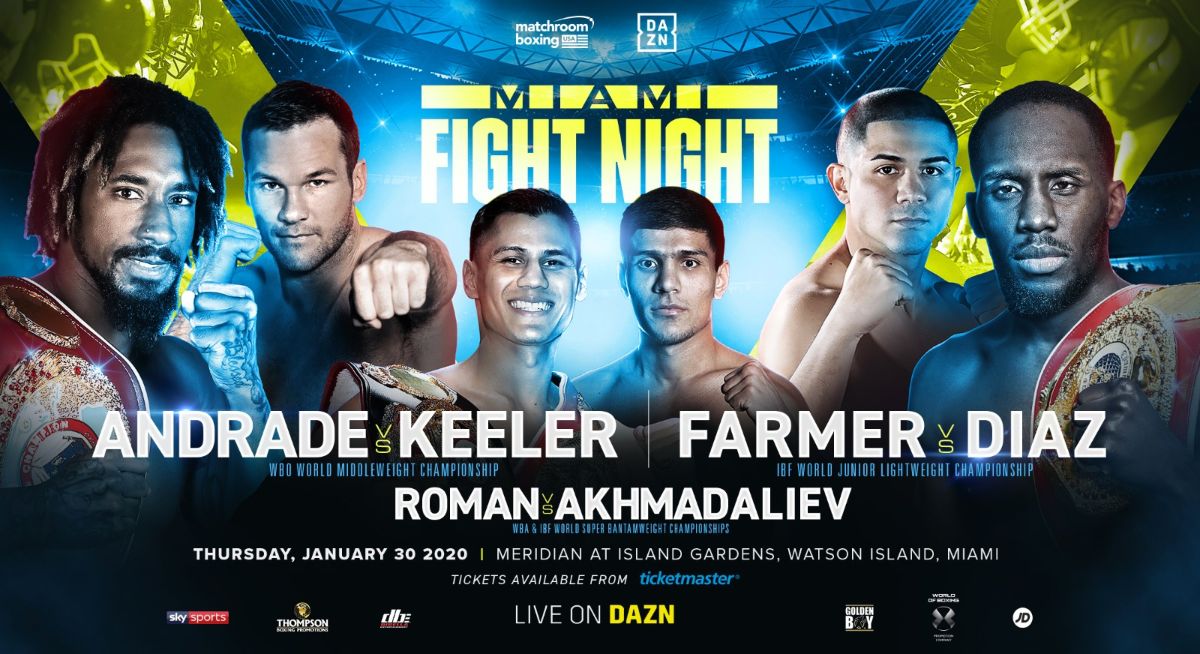 Undefeated Middleweight star Demetrius Andrade (28-0, 17 KOs) will defend his WBO World Middleweight Championship against contender Luke Keeler (17-2-1, 5 KOs) at Meridian at Island Gardens in Miami on Thursday January 30, live on DAZN in the US and Sky Sports in the UK.

Andrade, 31, looks to successfully defend his piece of the middleweight title for the third time as massive unification fights loom in 2020. Following his homecoming debut in front of a packed crowd in Providence, Rhode Island, Andrade continues to stay active and take on all challengers following an impressive 2019. Standing in his way is Keeler, 32, of Dublin, Ireland. The former WBO European Middleweight Champion bested top contender Luis Arias in August, and will aim to make a statement in his U.S. debut against Andrade.

“I’m looking forward to getting back in the ring again finally! It’s a great opportunity to show the world my talents and to be part of Super Bowl weekend in Miami is incredible,” said Andrade. “Miami is a beautiful city and I’m looking to once again showing that I’m the best 160-pound fighter in the world. It’s me again!

“There are major fights for me in the Middleweight division,” Andrade continued. “Those are the fights I want and I’ve been very vocal about it. At the end of the day, I just need to keep winning. They can’t avoid me forever. On January 30, we have to take care of business against Luke Keeler. He’s tough and he’s coming to fight, which will make for a great night of action for the fans in Miami and everyone else watching around the world on DAZN.”

“Demetrius is a great fighter and I understand I’ll be written off as a huge underdog but it’s exactly how I like it, there isn’t a drop of pressure on me,” said Keeler. “It feels surreal in a way but at the same time, I’ve always visualized it so in a way I expected this opportunity to come. Again, there is no pressure on me at all. I’ll have nerves like every fight but I’m going to enjoy every moment, bounce to the ring and pull off the upset.

“It’s a life changing fight and winning brings life-changing paydays but I would’ve taken this fight for free to be in the position that comes with winning,” stated Keeler. “It puts me right up there for fights with Gennadiy Golovkin and Canelo Alvarez.”

In the chief support bout of the evening, a highly-anticipated grudge match will take center stage when Tevin Farmer puts his IBF world super featherweight title on the line against JoJo Diaz. The fight between Farmer and Diaz has been brewing for more than a year following multiple run-ins and trash talking between the two fighters. Farmer, 29, won his super featherweight strap in August 2018 against Billy Dib and successfully defended it four times in a nine-month span. Now, the slick southpaw will face Diaz, 27, also a southpaw, who will get his second chance at claiming a world championship after a decision loss to Gary Russell, Jr. in his first title opportunity in 2018.
On the undercard, 29-year-old unified World Super-Bantamweight champion Daniel Roman will meet undefeated Uzbekistan-native Murodjon Akhmadaliev. Roman, a Los Angeles native, unified titles when he captured the IBF World Super-Bantamweight title from TJ Doheny in front of his hometown crowd this past April in one of the most memorable fights of 2019. This fight will mark Roman’s fifth defense of the WBA title that he won in 2017. Akhmadaliev, 29, is Roman’s mandatory challenger and one of the most lauded prospects in the Super-Bantamweight division. Entering just his third year in the professional ranks and eyeing his first World Championship, the southpaw’s tremendous knockout power is expected to thoroughly test Roman’s slick boxing ability.

“Our goal all along was to have this fight in 2019, but injuries happen so we had to be cautious and wait a little longer than we wanted,” said Roman. “I’ve been back in the gym with no limitations and I can say I feel fresh and motivated to defend my title once again. This is the longest break I’ve had between fights in a long time so it’s only natural for me to be anxious to get back in the ring. Akhmadaliev presents a strong challenge and I know that I’ll be getting his best shot, but I’ve been down this road before and everyone knows my track record in world title fights.”

“I am very glad that Daniel Roman took this fight,” said Akhmadaliev. “I know that we are both warriors and this will be a real war! Don’t miss this fight!”

DAZN presents Miami Fight Night, brought to you by Matchroom Boxing USA will be held at Meridian at Island Gardens. Meridian is a 65,000 square-foot custom built multi-level premier live event and entertainment experience that will play host to additional VIP events. DAZN and Matchroom Boxing USA will kick off the big week at Meridian as the first of three nights of entertainment leading into Sunday.

“We are excited to provide the perfect spot for a night of world-class boxing,” said Jack Murphy of Meridian. “We built Meridian to deliver a unique, one-of-a-kind venue to host events that stand out above the rest and are deserving of first-class hospitality and VIP experience for corporations and the general public alike.  We look forward to hosting DAZN, Matchroom Boxing USA, and boxing fans worldwide.”

“I’m delighted to announce our first show of 2020 and our first ever in Miami,” said Eddie Hearn. “This triple-header is the biggest card in Miami for many years and will be held in a purpose built arena on Super Bowl weekend. All these World championship fights are great match ups and there is plenty more to come for this electric show live on DAZN.”

“We are thrilled to continue to break into new markets as we enter our second year in boxing,” said Joseph Markowski, DAZN EVP, North America. “There is nothing quite like the big game in America and we have a tremendous opportunity to showcase boxing to all of the fans and media who will also descend upon Miami that week.” 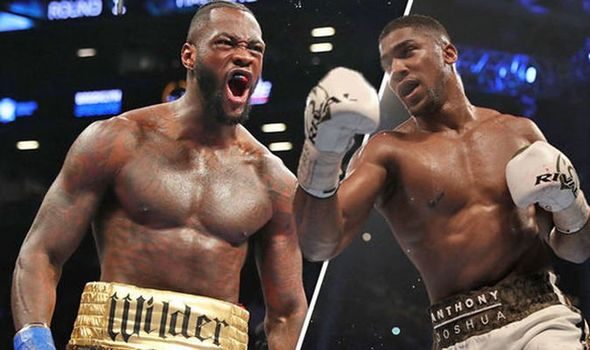 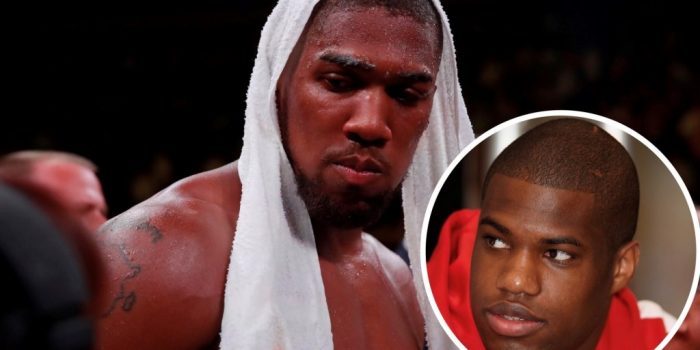 DANIEL DUBOIS has told the critics to lay off his former Team GB amateur team-mate...