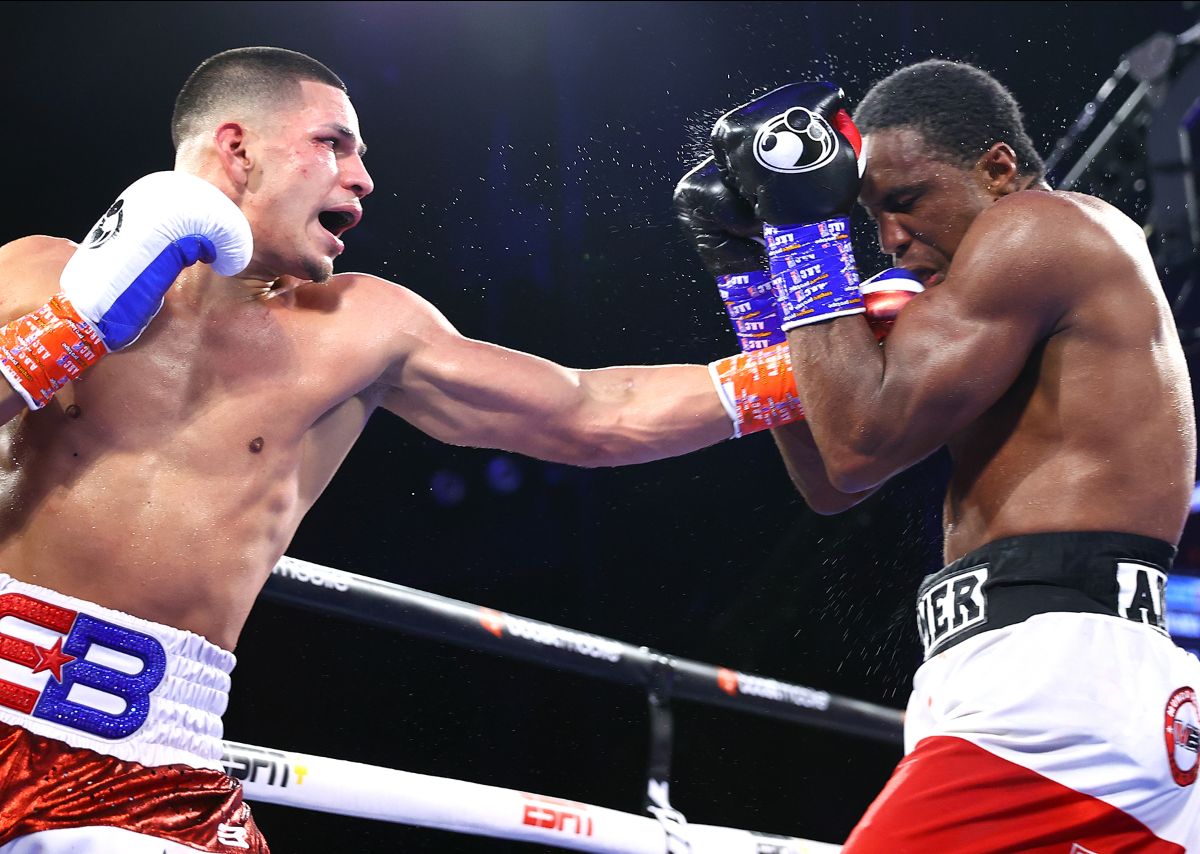 It was Berlanga’s first headlining appearance on the eve of the Puerto Rican Day Parade, a tradition made popular by 2022 International Hall of Fame inductee Miguel Cotto.

While Berlanga rose to fame following 16 first-round knockouts to start his career, he won this fight by boxing and using his jab to offset the plodding-yet-aggressive Angulo. An Angulo uppercut bloodied Berlanga’s nose in the fourth, and Berlanga appeared to attempt to bite Angulo in the seventh. Berlanga landed clean left hooks and right hands in the ninth and 10th rounds, but his Colombian foe ate all the shots and kept coming.

“Mentally, I felt good. I felt happy the whole training camp. I moved the training camp to Puerto Rico, and I can’t be more grateful to be on my island training,” Berlanga said. “I did a full camp for this fight, and you see the difference tonight.

“He was throwing elbows. I was about to do a Mike Tyson on him. He kept throwing his elbows, and I didn’t want to get cut.”

Junior Featherweight: Victor Santillan (12-0, 4 KOs) UD 8 Carlos Caraballo (15-2, 14 KOs), Scores: 78-74 2x and 77-75. In this all-southpaw affair, Santillan upset the Puerto Rican crowd favorite with a disciplined display of smart pressure. Santillan stunned Caraballo in the fourth and seventh rounds, doing enough in the eyes of the judges to pull away. Santillan had fought most of his career in the Dominican Republic, but in his second bout on American soil, he authored his signature win.

Junior Welterweight: Dakota Linger (13-5-3, 9 KOs) TKO 2 Josue Vargas (20-3, 9 KOs), 2:06. West Virginia native Linger refused to read the script, shocking Vargas with a brutal display of power punching. Early in the second Linger landed an overhand right that dropped Vargas, although the referee did not rule it a knockdown. Sensing the end was near, Linger pressed forward and floored Vargas with an uppercut. Vargas rose gingerly, and following a barrage featuring dozens of winging blows, the bout was stopped.

Lightweight: Armani Almestica (6-0, 6 KOs) TKO 6 Eliseo Villalobos (2-3, 1 KO), 1:47. Southpaw puncher Almestica kept his perfect knockout rate alive with a one-sided drubbing of Villalobos, a native of Simi Valley, California. In the sixth round, Almestica landed a straight left hand that forced Villalobos back a step. Due to the accumulation of punishment, referee Shadi Murdaugh stopped the contest.

Featherweight: Orlando Gonzalez (18-1, 11 KOs) TKO 5 Pablo Cruz (22-5-1, 6 KOs), 1:00. Gonzalez was last seen losing his ‘0’ by unanimous decision last October to Cuban star Robeisy Ramirez, but the Puerto Rican southpaw returned with a vengeance. He battered Houston native Cruz, stunning his outmatched foe at the end of the second round. By the fifth, it was target practice, and the bout was halted following a series of right hooks to the head and body.

Junior Welterweight: Omar Rosario (7-0, 2 KOs) UD 6 Julio Rosa (4-1, 1 KO), Scores: 59-55 and 60-54 2x. It was all Rosario in this battle of unbeatens, as the 140-pound upstart initiated the action. Rosa was never in danger of being stopped and even opened up a cut under Rosario’s right eye. In the sixth round, Rosario landed a series of left hooks to put a stamp on his domination.

Flyweight: Christina Cruz (3-0) UD 4 Maryguenn Vellinga (3-3-2, 2 KOs), Scores: 39-37 and 40-36 2x. Former U.S. amateur star Cruz used her jab to counter the aggressive Vellinga in the opening fight of the evening. It was a rematch of their November 2021 fight, which Cruz also won by unanimous decision. 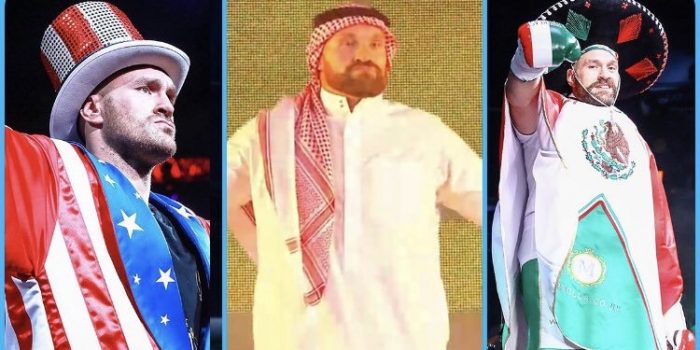 By Jefferson Lake Tyson Fury made a winning start on his WWE debut, beating Braun Strowman... 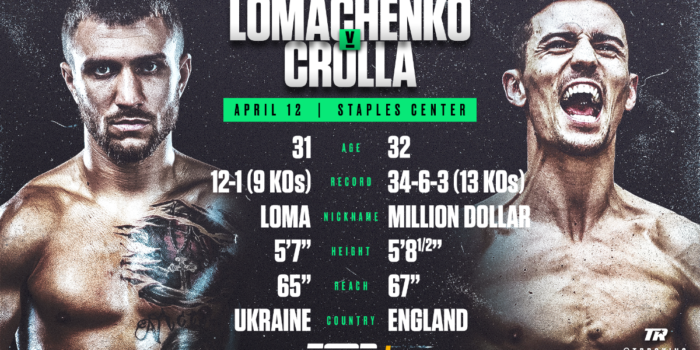