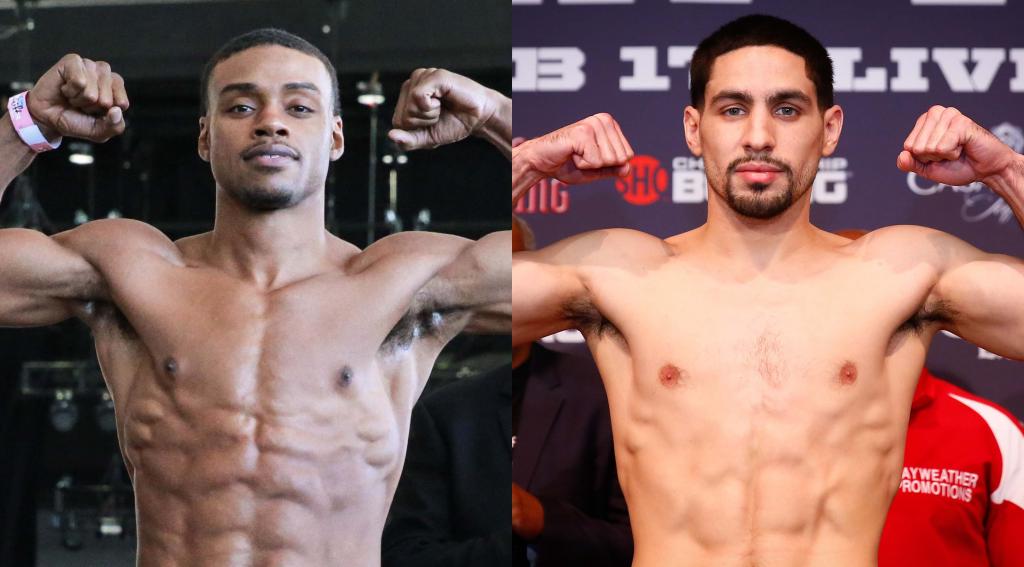 Spence was joined during the event by his longtime trainer Derrick James, while Garcia was accompanied by his father and trainer Angel Garcia.

Here is what the press conference participants had to say Tuesday:

“I feel blessed and ready to go. I feel like I’m 100% physically. We’ve been training hard and staying focused. I can’t wait to give my hometown fans something to cheer for when I defend my title against a great opponent.

“I didn’t want any tune-up fights. I wanted someone who is tough and who could push me to the limit, so I can get back to being Errol Spence Jr. I’m going to give a great performance and hear ‘and still’ on December 5.

“I picked Danny Garcia so that I could rise to the occasion. I’m still the top dog in the division. Fighting Danny will show how great a fighter I am.

“Danny’s dad gets me hyped up talking about his son coming forward, throwing a lot of punches and taking the belts from me. So I’ll be ready for whatever Danny brings to the ring. I’m not going to get into any head games like with Shawn Porter. I fought Shawn’s game and beat him at his own game. I know Angel wants me to stand there and brawl with Danny, but I’m going to do what I have to do to win the fight.

“It’s up to me to make a big splash coming back from my car accident. Lesser opponents were for before I became champion. I finally got to the top, where I can fight the big names, so I’m not going backward. These are the guys I’ve wanted to fight forever.

“I definitely learn more from Danny’s wins. He has a lot of great wins. You learn a lot from all different kinds of fights. I’m a student of the game and a fan of the sport. All I do anyway is watch boxing. So I’m very familiar with Danny’s wins and losses.

“The accident just made me hungrier and even more focused. I have the same hunger now that I had before I won the title. I’m coming into camp much lighter and it’s helping me have an even better camp.

“I’m the champ, and at the end of the day, I can just fight. When it gets down to the wire, I know how to dig down deep and come out on top.

“It means everything to be fighting at home, especially with everyone going through the pandemic. I just want everyone who comes out to be safe and follow the protocols, and we’ll make it a great night.”

“Camp has been going great. My weight is good and I feel like we’re ahead of schedule. Now we’re just taking it one day at a time. I’m excited to be in this position to fight for the title again.

“On December 5, no stone will be unturned. We’re going to give it 110% and take these titles from him in his hometown.

“I’ve been an underdog my whole career. I’m used to playing that role. I just have to go in there and be myself. I have to believe in myself 100% and fight round by round. I’m going to show what a true champion is made of.

“After the Garcia and Porter fights, I saw some holes in his game and I knew it would be a good opportunity to become champion again. These type of fights bring out the best in Danny Garcia. They give me the extra motivation that I need and that’s why I wanted it.

“I thought Spence was the bigger and better man against Mikey Garcia. Mikey has great skills, but Errol had size and let his hands go. It made Mikey freeze, so he didn’t take any risks. He did land some good counterpunches, and those are the kind of things that I’m taking into consideration during this camp.

“I know that I’m a great fighter. I’ve been in these type of fights before. I know what I’m made of. As long as I’m mentally and physically at my best, nobody can beat me. I’m a dangerous man when I have this focus.

“We’re taking this fight like Errol is 100%. We’re not banking on anything hindering him. We’re taking this as seriously as possible. We wanted this fight a long time ago, but we just had to stay focused. Now the fight is finally here and I feel like we’re going to have a great performance.

“I believe that I do everything great. I can bang inside and box. That’s why I’m a three-time world champion. I’ve faced every style imaginable and I’ve come out on top.”

“Training camp has been really good. We’ve been putting in the hard work since March. Everything is coming together leading up to December 5. We took our time and it was a gradual process getting to this point. He was already in shape by the time this camp started so we had a great head start.

“Even when Errol was getting back into his rhythm, he was still looking good. But you could see the improvement day after day as he got more comfortable being back. Everyone will see on December 5 who Errol Spence Jr. really is.

“It’s great to be able to fight at home against a fighter like Danny. Putting on a great performance will build Errol’s legend and his stock will continue to rise. Errol has always been able to handle fighting in front of his hometown fans. We love everything that the city brings us and we feed off that energy in the ring.”

“Everything has been perfect in camp. You can see how good he’s looking right now. Danny would be ready to go tomorrow if we had to. It’s going to be a great night for me and Danny. Not taking anything from anybody, but we’re coming to take those titles.

“I never look at opponent’s tapes from past fights. We’re not going to learn anything from that. When I train Danny, I focus on Danny. All I know is how to make Danny better. We’re going to dictate the fight and be on top of Errol. We’re not going to fight like Mikey Garcia did and run all night.

“This time around, we’re not going to leave it in the judges’ hands. We chose to go fight him in Dallas. Danny made that call. At the end of the day, Danny just has to go in there and do his thing.”

“Errol Spence Jr. vs. Danny Garcia is one of the most intriguing fights of this year and it is a fight that will determine who is the best pound-for-pound fighter in the world.

“This will be a tremendous night of boxing and it will be at the home of the best pro sports franchise in the world, AT&T Stadium. This is the perfect host for a matchup with two fighters in their prime, both ready to put their legacies on the line.

“Spence is one of the most talked about fighters in the sport. Many consider him to be the best fighter in the world, and with good reason. He wants to be challenged and this is the type of fight that elevates our sport.

“Danny Garcia is a throwback fighter. He’s one of the most skilled and battle tested fighters in our sport. What he did at 140 pounds, before moving up, was simply amazing. Putting these two together will bring back memories of great welterweight battles of the past.” 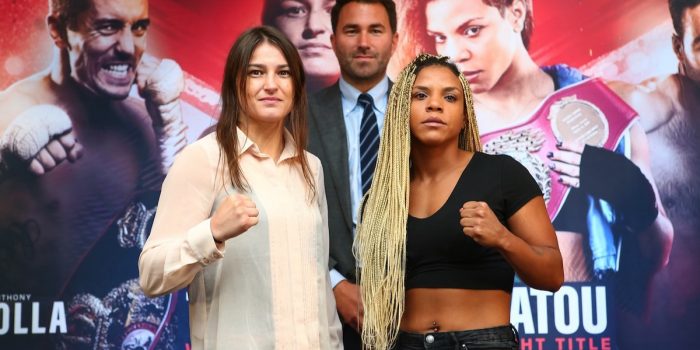 Katie Taylor says she is ready to create more history by becoming a two-weight World... 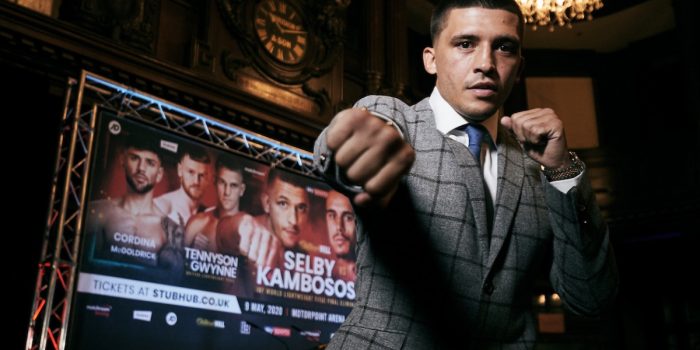 Eddie Hearn: “Well good afternoon everyone. Thank you for turning out today on this beautiful...