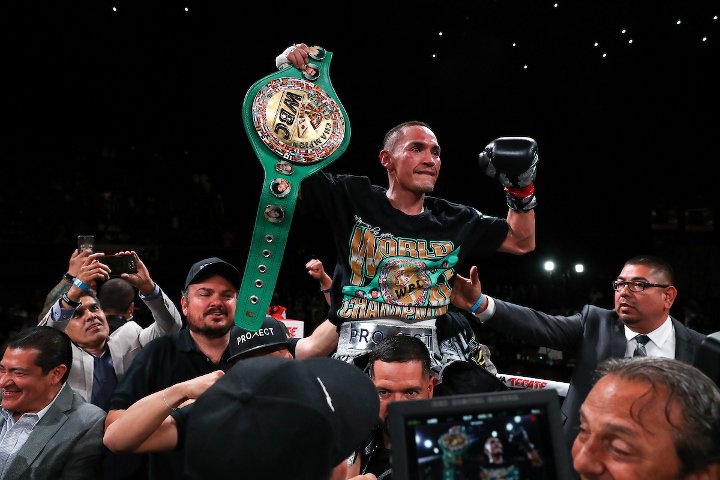 Estrada was the aggressor from the opening bell, mixing his attack with combinations to Sor Rungvisai’s head and body. Estrada was at his best when he initiated exchanges, moving out of Sor Rungvisai’s punch range to prevent him from countering.

Sor Rungviasi spent most of the first half of the fight fighting from a conventional stance and not as a southpaw. The strategy put Sor Rungvisai at a distinct disadvantage as he looked uncomfortable.
Sensing he was down on the scorecards, Sor Rungvisai finally began letting his hands go more in the eighth round. Sor Rungvisai closed the distance, getting into punching range and firing lead hooks or crosses to the head of Estrada.
Sor Rungvisai finally fought consistently from a southpaw stance in round nine, but switched back to a conventional stance in round 10.

Both let their hands go during the final two rounds, with Sor Rungivisai going for broke. Just like in the 12th round of their last fight, both fighters traded combinations in the center of the ring, producing all-out exchanges until the final bell sounded.

By scores of 115-113, 116-112 and 115-113, Estrada becomes the new WBC super flyweight champion. When asked about a possible rematch, Estrada said he would agree to a rematch and unifying the Super Flyweight division.

Rungvisai in the yellow and red trunks and Estrada in the Silver and black trunks.

Round 1. Both fighters coming out very strong. Wow this is why we watch. Estrada looking very good, but Rungvisai  is throwing some very hard deceptive punches  that is keeping Estrada a little bit at bay.

Round 2. Rungvisai looking very strong and fresh. He is so relaxed in there, like a top P4P boxer. Rungvisai a little slow. Estrada boxing his best, but it just seems that Rungvisai is built to take punches from bigger men.

Round 3. Good round for Estrada, if Estrada keeps boxing on the outside and doesn’t get in Rungvisai wheel house, he can win. Rungvisai needs the fight inside so he can land his power.

Round 4.  Rungvisai body looks so much like Manny Pacquiao’s. If he had PAC’s speed he would be unreal.  Estrada boxing beautifully now, moving in and out and catching Rungvisai with a beautiful uppercut at the end of the round. If Estrada continues to box he will win.

Round 5. Estrada has the fight in Cruise control right now, boxing well and staying out of Rungvisai’s way. Rungvisai lands a good right at the end of the round.

Round 6. As predicted by Boxing Action Magazine last week, it looks to be Estrada’s time. He is showing to be the younger, fresher more comfortable fighter. It doesn’t hurt either that  Estrada is quicker and the more natural boxer as well.

Round 7. Estrada with a great game plan, as he is purposely started avoiding Rungvisai in the six round and he’s making it clear that he will fight smart. Estrada knows that if he  boxes he has this victory in the bag. It will be interesting to see how  aggressive Rungvisai will be.

Round 8. Estrada continues to do his best version of Floyd Mayweather Jr. -Rungvisai is built for war, nobody in the division is built like him. Rungvisai is like a tank, he needs his opponents to stand and fight, the more they move the more issues he has. Rungvisai is a rich-mans version of Brandon Rios.

Round 9. Last week, I talked about Rungvisai hitting a wall; having already hit his peak, the level of training he puts himself through is hard, almost like he had a fight before the fight. We call it overtraining. Add that with a fresh at his peak Estrada and the result is what we are watching.

Round 10. Estrada giving Rungvisai a Punchers Chance as he is doing some trading in the middle of the ring. Rungvisai is far from finished.

Round 11. Estrada goes down from a low blow. The fight continues in an exciting round . Estrada is fighting but not brawling. He is still moving in and out and being start.

Round 12. Actioned packed 12th round. Estrada lands some heavy heavy shots in the closing of the fight hurting Rungvisai. What a performance by Estrada. 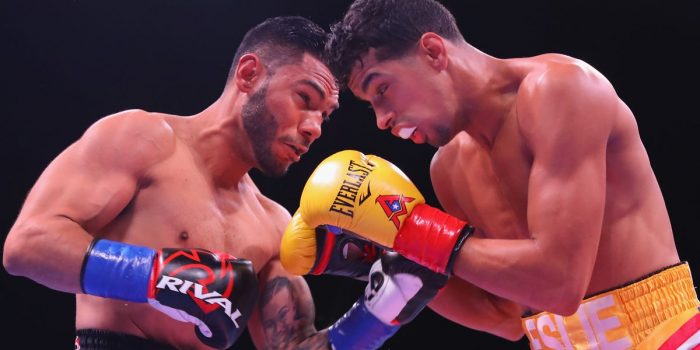 Andrew Cancio is A Monster at 130 Pounds 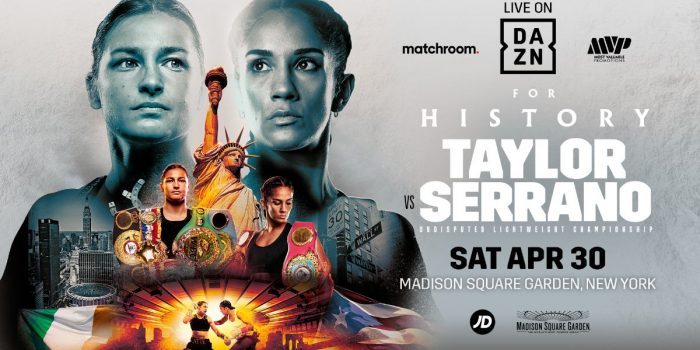 KATIE TAYLOR Vs. AMANDA SERRANO on 4/30

Years in the making, the biggest fight ever in women’s boxing between the pound-for-pound #1 and #2 fighters...