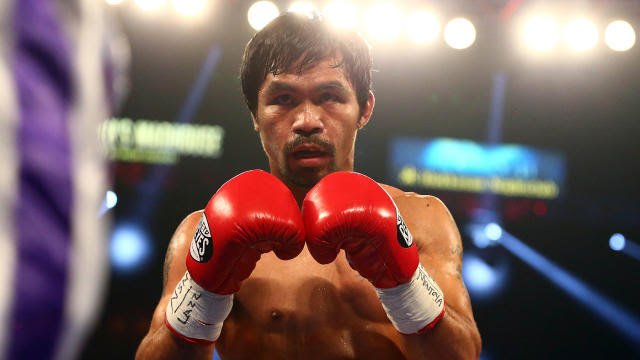 It will be a clash of the generations when Keith Thurman and Manny Pacquiao contest for the WBA World Welterweight title at Las Vegas’ MGM Grand Saturday, July 20, live on PBC on FOX PPV (9 p.m. ET/6 p.m. PT).

Pacquiao, 40, 61-7-2 (39 KOs) turned pro in January 1995. Thurman (29-0, 22 KOs) was only six at the time. Ten years separate these two welterweight champions. But this is not uncommon. Here is a look back at five classic battles when a young fighter took on an older great welterweight champion.

The United States hadn’t even entered World War I when Jack Britton first held the world welterweight title. He famously battled Ted “Kid” Lewis, the popular British world champion, 20 times (a total of 220 rounds) and shared the ring with the likes of Benny Leonard and Packey McFarland. By the time he defended the belt against Mickey Walker, he had been champion on and off for more than seven years and was 37.

Walker was only 21, had been a professional for under four years, but already had 61 bouts. Such were the times.

Britton and Walker had met a year before in a non-title bout, many feeling Britton was lucky to get a draw in an era when the press men at ringside decided the verdict. When they met for the title, Walker would show the champion no mercy.

Britton was down in the second from a left hook, then again in the seventh. At the end of the tenth, he was dropped by a hard right, barely beat the count and was saved by the bell. Referee, Patsy Haley asked the old champion to concede, but Britton fought on, lasting the full 15 rounds despite being dropped again in the 12th.

Walker went on to prove his greatness. He held the title for four years, then moved up to middleweight, dethroning champion Tiger Flowers. He attempted, unsuccessfully, to win the light heavyweight title and even fought heavyweights Jack Sharkey and Max Schmeling before retiring.

The world’s largest bullring was the site for what was expected to be a routine defence for Jose Napoles. The champion had made Mexico his home after defecting from Cuba in the wake of Fidel Castro banning professional boxing.

Napoles was a legend who ripped the WBC and WBA titles away from Curtis Cokes in 1969. He briefly lost them to Billy Backus in 1970, after being stopped on cuts, but won it back the year after and was dominant at welterweight—only losing when he stepped up to middleweight to face formidable champion Carlos Monzon.

By 1975, Napoles was 35 and London’s Stracey, 10 years his junior, was and on the rise, having stopped Ernie Lopez the previous year. Stracey, a former Olympian, wasn’t intimidated by fighting in Mexico and drew confidence from being Napoles’ sparring partner back in 1972.

Still, there were no great signs that an upset was about to occur. A crowd of 40,000 turned up to expecting to see a quick defeat of the young Londoner. Stracey was dropped by a left hook early. From there, it was all downhill for Napoles.

Stracey floored the champion in the third with his own hook. He continued to batter him until the fight was stopped in the sixth.

Napoles announced his retirement afterward, never fighting again. Stracey made only one successful defence back in London before losing the title to Carlos Palomino.

Wilfred Benitez was a phenomenon. In 1976, he won the WBA super lightweight title from Antonio Cervantes at 17, becoming the youngest world champion in history.

At 20, Benitez moved up to challenge 29-year-old Carlos Palomino for the WBC welterweight title at a baseball stadium in San Juan.

It proved to be a thrilling 15-round encounter, much of it fought at close quarters, with little holding. Palomino would lead off, but often Benitez would have the final answer in exchanges.

The two embraced at the final bell, before Benitez was raised on the shoulders of his team as police struggled in vain to keep fans out of the ring. The result was a split decision, two judges picking Benitez by scores of 146-142 and 146-143, the other choosing the Mexican by 145-142.

Benitez shone brightly, but briefly. Ten months later, he lost the title to “Sugar” Ray Leonard. He went on to win a 154-pound belt and beat Roberto Duran before losing to Tommy Hearns. By his mid-20s, his skills were on the wane.

Palomino lost a decision to Duran in his next fight before becoming an actor, working in films and television shows including Buck Rogers and NYPD Blue.

They were American Olympic heroes eight years apart, but when Pernell Whitaker put his WBC world welterweight title on the line against Oscar De La Hoya in 1997, the mythical pound-for-pound title was also on the line.

De La Hoya, the Golden Boy, was the man on the rise. Despite only having 23 professional bouts, he was aiming for his fourth world title. Whitaker had been welterweight champion for four years, having claimed the title from James “Buddy” McGirt.  He also won world titles at 135, 140 and 154 pounds.

“Sweet Pea” was the boxer others aspired to be. Mixing speed with exceptional ring craft and defensive skills, he was perhaps never quite as big a star as his ability should have made him. De La Hoya, 24, was a box office draw who had defeated Julio Cesar Chavez the previous year.

There were signs that, at 33, Whitaker might be fading. Three months before the De La Hoya bout, Diosbelys Hurtado dropped him twice before the champion stormed back to brutally knock the young Cuban out in the 11th.

What followed was a fight that would split opinion. If Whitaker had not been at his best against Hurtado, he raised his game here, drawing De La Hoya in and making him miss, although De La Hoya did get success when he varied his attack, switching his attack to the body, landing some lead rights and even, briefly, turning southpaw.

With the fight close, Whitaker scored a flash knockdown in the ninth when he walked Oscar into a short left.

All the judges sided with De La Hoya, by scores of 116-110 (twice) and 115-111, far too wide to most observers. Whitaker demanded a rematch, which he never received.

This one might be considered as a bit of a cheat, as it was a junior middleweight catchweight bout at 152-pounds, but Floyd Mayweather was still the reigning welterweight king and pointedly never weighed close to the 154-pound limit. Saul “Canelo” Alvarez was just 23, a world champion, seemingly destined for greatness. Mayweather was 36 but showing no signs of relinquishing his title as the sport’s pound-for-pound best.

The threats that Canelo posed were obvious: A significantly bigger, younger fighter who boxed intelligently and possessed plenty of power.

The fight smashed box office records and, as usual, Mayweather delivered a masterclass. Canelo was handed a lesson in humility as Floyd made the Mexican seem one paced, constantly turning defence into offense with bewildering speed. When he wanted to back Alvarez off, he used his jab, but when Mayweather drew him in, he hammered the Mexican with a straight right.

By the end, Alvarez did not know whether to move forward or back. If the world united over one thing, it was in condemnation of judge C.J. Ross’ scorecard. Ross somehow scored the fight 114-114. Mayweather won by scores of 116-112 and a more realistic 117-111 on the other two cards.

The magnitude of Floyd’s win was not realized at the time. But each subsequent Canelo victory and world title underlines what an achievement it was—and proved that, sometimes, the old guys have still got it. 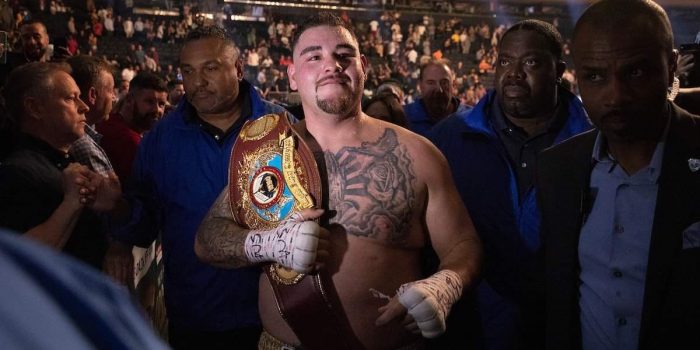 By Dan Gelston NEW YORK (AP) — Andy Ruiz Jr. could have passed for any... 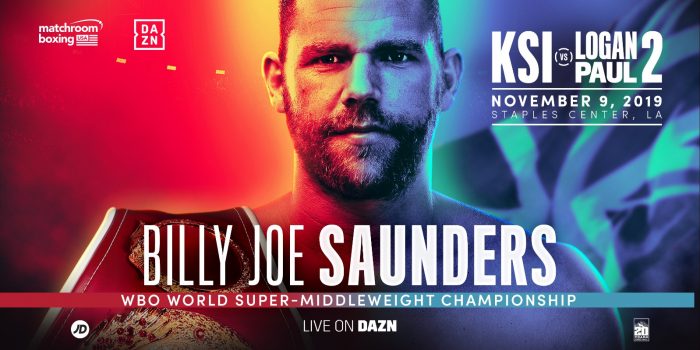 Billy Joe Saunders will make his long-awaited US debut when he defends his WBO Super-Middleweight World...