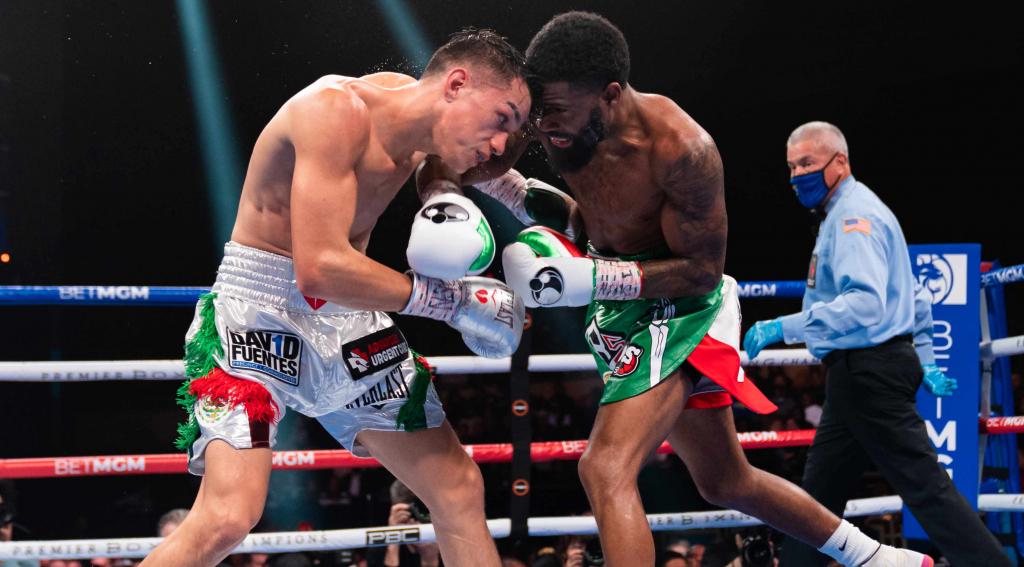 Fulton ascends to the 122-pound throne, unifying the WBC and WBO titles in an epic Fight of the Year candidate Saturday night on PBC on SHOWTIME.

Stephen Fulton vowed he would do it. The WBO World Super Bantamweight Champion promised he had no problem getting muddy, willing to go into areas he’s not been known to go.

In a unification battle between two undefeated champions, Fulton and WBC Champion Brandon Figueroa produced a Fight of the Year candidate, warring for 12 rounds. The end result was Fulton becoming the eighth unified champion in the 45-year history of the super bantamweight division Saturday night with a 12-round majority decision over Figueroa from the Park Theater at Park MGM, in Las Vegas, on SHOWTIME Championship Boxing in a Premier Boxing Champions event.

“I was catching him in between every shot he was throwing,” Fulton said. “He was making it sloppy and rough. We can do it again. I was landing a lot of clean shots.”

Figueroa vehemently protested. “I hurt him like five or six times. I’ll fight him again. Everybody here knows who won. I put the pressure on for the whole 12 rounds, landed the cleaner shots and hurt him. I thought I only lost four rounds at the most. It was a robbery of the year. The fans who watched this live know who won. I always come to fight and I did that all night.”

Early on, Fulton established his jab, and plowed Figueroa with a lead right hand. Figueroa tried to crowd him in the first round.

In the second, Fulton kept throwing the right—and kept connecting. Each time Figueroa got near him, Fulton would grab him. They often smothered each other, but Figueroa used his distance to score.

Midway through the third, Fulton landed a right uppercut and a left hook that caught Figueroa’s attention. However, Figueroa came on in the latter stages of the frame, landing to the body and a left hook upstairs.

The riveting give-and-take continued in the fourth and fifth. In the sixth, it looked like Fulton would win the round, but it was Figueroa who swayed the tide of the round. Fulton’s left hooks and right uppercuts appeared to be taking a toll in the sixth, yet Figueroa found another gear to press Fulton to possibly win the sixth.

Fulton was busier in the seventh. He used his distance in the eighth, combining once again left hooks and right uppercuts. Figueroa used a jab and an uppercut to close the eighth, stirring a huge reaction from the audience.

More back and forth continued in the ninth as the two stood forehead-to-forehead and dug shots to the body. Fulton scored with a right uppercut, and in the last :30, chopped away at Figueroa’s midsection. Still, Figueroa kept coming forward—unwilling to allow his will to break.

In the 10th, Figueroa had Fulton in some real trouble, starting with the left hook from an awkward stance to Fulton’s chin. He had Fulton backed into a corner, and Fulton was taking more punishment than he ever had before.

Fulton began using his legs in the 11th. He started to snap a better jab, and then a double jab. Just when Fulton seemed to get the round, Figueroa came clawing back. He promised before the fight that he would make it ugly, and he did.

They ended the 11th in each other’s face.

By the final round, it was still questionable who was winning.

Figueroa never gave Fulton a chance to get away. It was Fulton doing the most effective work early on, though it didn’t matter, Figueroa kept coming. Fulton would catch him coming in, and Figueroa could grab and dig to the body. Fulton closed by catching Figueroa with a right, but it wasn’t enough to deter him.

“He was throwing wild shots that the fans were enjoying, but he was hitting my arms a lot,” Fulton said. “It was an amazing experience. The judges made their decision and we can run it back.” 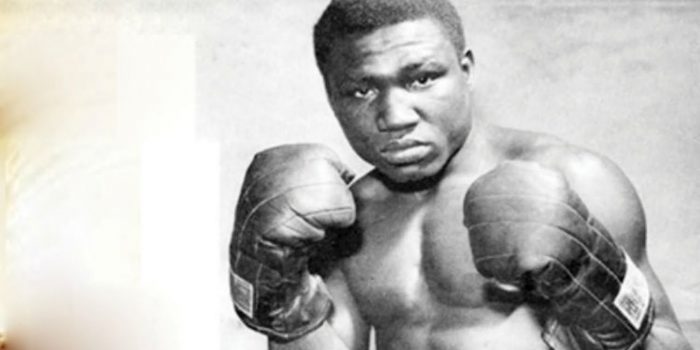 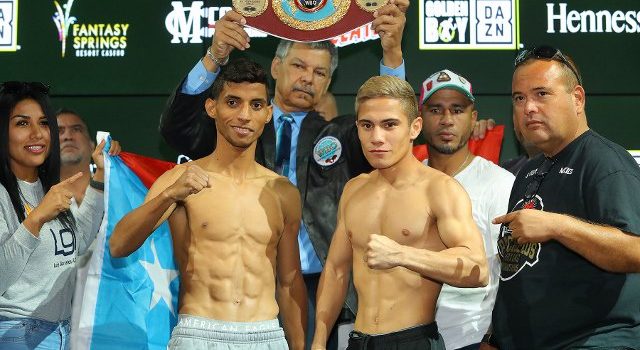 Angel Acosta & Elwin Soto put on a Fight for the Ages