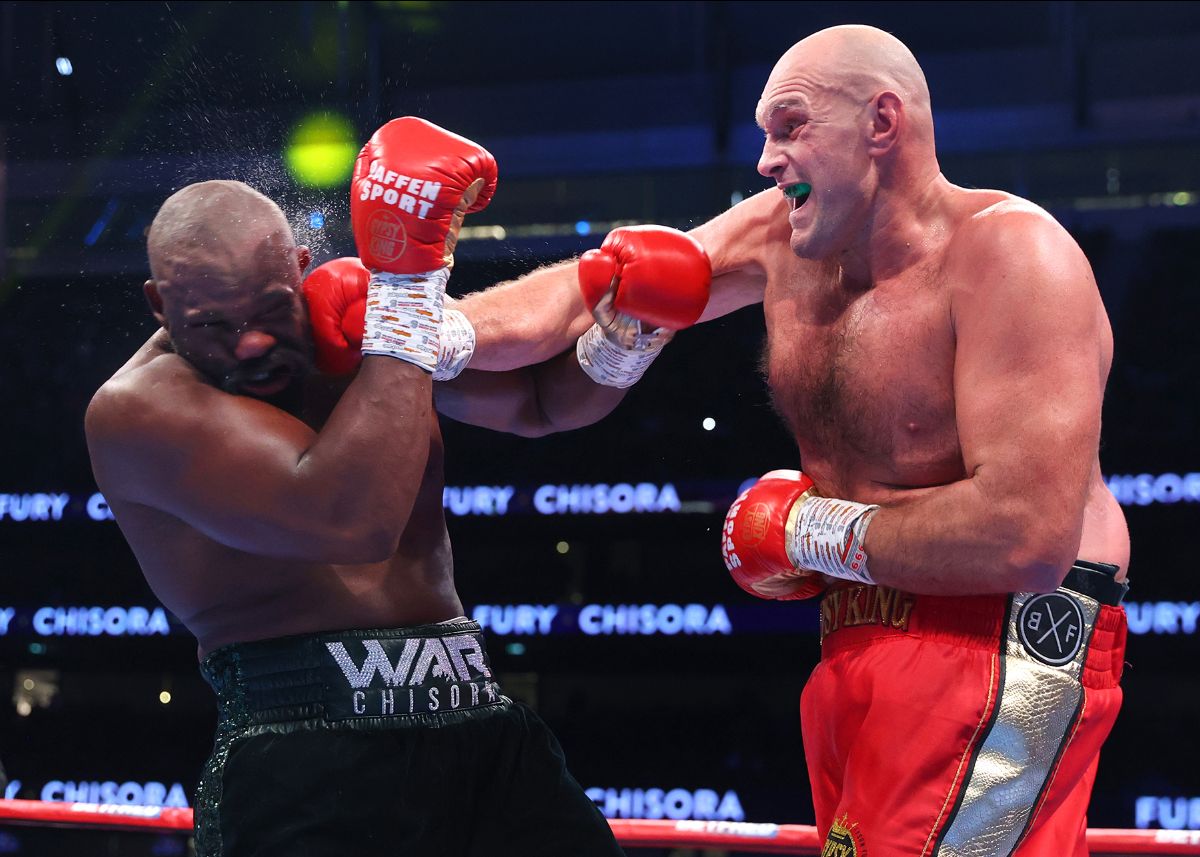 LONDON (Dec. 3, 2022) — WBC and Lineal heavyweight champion Tyson Fury (33-0-1, 24 KOs) once again demonstrated why he is the king of the division by defeating Derek Chisora (33-13, 23 KOs) via 10th-round technical knockout Saturday night at Tottenham Hotspur Stadium in London. The two men had faced each other on two prior occasions, but this was the first time that a world title was on the line.

Chisora began the fight in aggressive fashion, but Fury was able to find his distance, work the jab from the outside, and land quick combinations. This boded badly for the Zimbabwe-born challenger, who was hurt with vicious right hands in the following two rounds and even appeared to be on the verge of getting stopped early.

Fury then began to control the fight with much more ease, though Chisora did his best to connect to the body. In fact, according to CompuBox, the 38-year-old managed to land a total of 70 body shots throughout the fight, more than any of Fury’s previous opponents.

Nevertheless, Fury was much more successful with his own offense, landing 50 percent or more of his power punches in seven of the 10 rounds. By round eight, there was visible swelling below Chisora’s right eye, and it was clear that his corner needed to put a halt to the fight. However, in the tenth round, Fury landed a crunching combination that forced Victor Loughlin to put a stop to the bout at 2:51 of the aforementioned round.

Fury said, “Firstly, I want to say thank you to my lord and savior Jesus Christ for giving me another victory tonight. Secondly, I just want to say what a fuc*ing crowd! Come on! 60,000 people here today. I love every single one of you people. You’re amazing. I’m flabbergasted for words to say how much it means to me.

“I felt good. I needed some rounds. I haven’t boxed since April. It’s been 8 or 9 months since then. I’ve been out of retirement. I’ve had a lot go on. I felt like I was landing my jab, landing some good punches. I take nothing away from Chisora. He’s an absolute warrior. It’s been a privilege to fight him three times. He’s an absolute British folk hero. What a warrior. What an African British warrior. We’ve done three epic fights, and what a tough man. I was hitting him with shots that would’ve knocked anybody else out, and he stood up to every one of them.”

Chisora said, “You know what, thanks to the ref. As a fighter, you don’t want to stop. You want to go out in your shield. Thank you, Tyson, I really appreciate this. There is a big fight coming up. Everyone wants to see one champion in the heavyweight division. The last one we had was Lennox Lewis. I would like to see him and Usyk in Saudi [Arabia]. That’s what we want to see now. That’s the fight we should make happen now.”

London native Daniel Dubois (19-1, 18 KOs) overcame three knockdowns in the first round before stopping South African Kevin Lerena(28-2, 14 KOs) at the end of the third round to retain his WBA ‘Regular’ heavyweight title.

Dubois had a difficult start as a counter left hook wobbled him and sent him to the canvas. The hard-hitting heavyweight then took a knee due to a right ankle injury and visited the canvas once more before the round ended.

In the second round, Dubois began to find his rhythm and even managed to hurt Lerena with a counter right uppercut followed by a left hook. In the following round, Dubois dropped Lerena with a straight right hand before ending matters with a fight-finishing flurry. 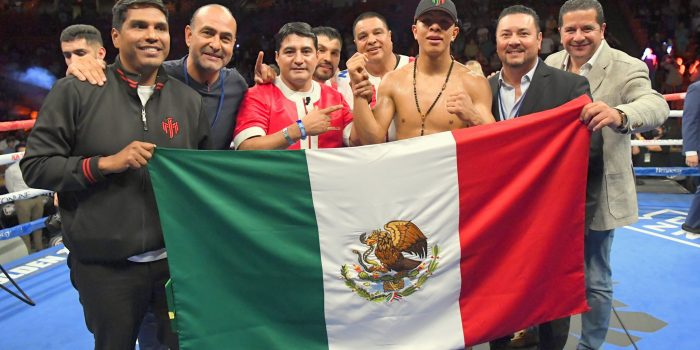 Mexico's Munguia returns to the ring with an emphatic victory. Jaime Munguia strengthened his middleweight... 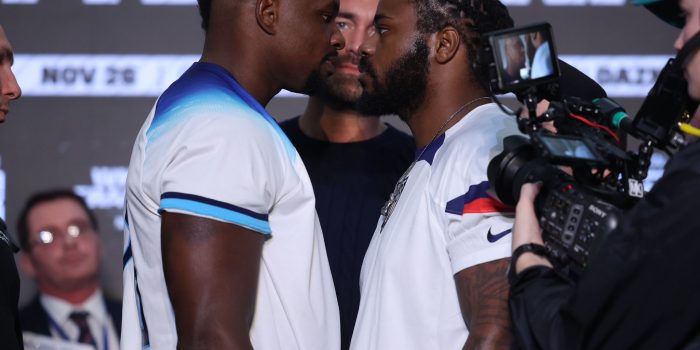