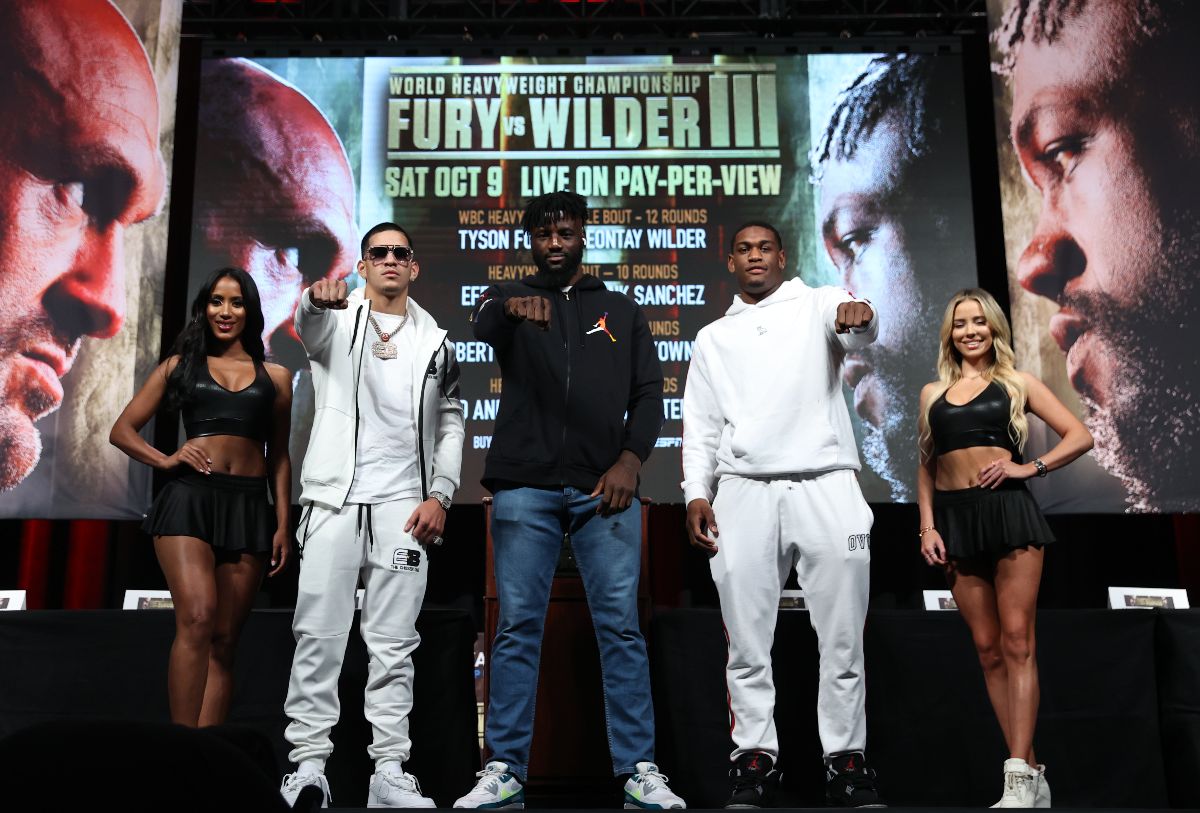 LAS VEGAS (October 7, 2021) – Fighters competing on the stacked undercard leading up to the highly anticipated Tyson Fury vs. Deontay Wilder III heavyweight title trilogy showdown previewed their respective showdowns before they enter the ring this Saturday, October 9 at T-Mobile Arena in Las Vegas.

The press conference featured fighters competing on the ESPN+ PPV and FOX Sports PPV that will see 2016 Nigerian Olympian “The One and Only” Efe Ajagba and fellow unbeaten Frank “The Cuban Flash” meet in the 10-round co-main event, heavyweight contenders Robert “The Nordic Nightmare” Helenius and Adam “Babyface” Kownacki square off in a 12-round rematch and 21-year-old sensation Jared “The Real Big Baby” Anderson and Russian veteran Vladimir Tereshkin battle in the eight-round PPV opener.

Fury vs. Wilder III tickets are on sale now and can be purchased at www.tmobilearena.com or www.axs.com. The event is promoted by Top Rank, BombZquad Promotions, TGB Promotions and Frank Warren’s Queensberry Promotions. A Premier Boxing Champions presentation.

Here is what the fighters had to say Thursday:

“I want to thank my whole team for giving me this opportunity on the undercard for this big heavyweight championship fight. I’m really looking forward to Saturday.

“Sanchez made a mistake calling me out. It’s a huge mistake. He better be ready for what I’m bringing.

“We’ve been working on a lot of new different things that you’re going to see in this fight. If he wants to test my power, we’ll see if he can stand up to it.

“It’s been great to be sparring with Tyson Fury because it gives me a lot of good experience. I’ve learned a lot from that work. He puts pressure on me to keep moving in the ring and throwing combination punches.”

“This is a very big fight for me. I’m going to show that I’m a champion and that I’m coming here to win.

“I’ve been looking for this fight against Efe for a long time. I know that I can beat him and I’m going to beat him on Saturday.

“It’s been a great experience training with Eddy Reynoso and I’m learning a lot from him and Canelo. They’ve supported me a lot heading into this fight. Canelo has taught me to be focused and calm in the ring, and most importantly to have confidence in the work that I put into this fight.

“What I’ve seen is that Efe relies on his power. He doesn’t have the boxing skills that I do. Once he faces someone like me, who has a lot of different tools, then it’s going to be different for him.”

“I don’t see myself as an underdog. I’ve never seen myself that way. I know what I can do in the ring and I’m planning to do it again, just like in the first fight.

“Sparring with Deontay Wilder for three weeks was very helpful. It really helped me get used to the time difference. But we also had sparring partners other than Deontay to help us prepare for Adam’s style.

“I’ve been boxing for over 20 years. But this is going to be the best Robert Helenius that you’re ever going to see.”

“The people I surround myself with have helped me focus throughout this time since my last fight. I’m glad he says that he’s at his best right now, so there will be no excuses when I beat him this time.

“This means everything to me. I’ve been training very hard for this fight. It’s do or die for me. I have to prove that the last fight was an accident and that it won’t happen again.

“I got reckless in our first fight. I wasn’t listening to my coach like I should have. I needed to use my jab a lot more.

“My confidence is always through the roof. The great sparring I get with Tyson Fury helps because he supports me and gives me pointers. It’s nice to be prepared like that before I actually step in there.

“It means a lot that Fury is supporting me. It lets everyone know that I’m a name to be reckoned with and that everyone has to look out for me.

“My level of competition is continuing to grow. Tyson said that I’m a totally different fighter from the last camp he worked with me. We’re just working on being the best that I can be.

“I don’t think that I have anything to prove because I have nothing to lose. That’s what makes me an incredibly dangerous opponent. Make sure you tune in, because we’re going to war for sure.”

“I’m very ready to fight on this huge event. I’m happy and I know a lot about my opponent. I’ve done great preparation and we’re going to win.

“My opponent is a strong fighter but I’m prepared as well as I ever have been. He’s going to have to be ready for what I bring to the ring just like I’m going to be.”

“It was a blessing to get rounds in during my last fight. I got the experience that I needed. It’s going to help my career knowing that feeling. My power was still there and we got the job done that night.

“We have a game plan for Saturday and we’re going to execute it like I always do. We’re not going to the scorecards. Get your popcorn ready and tune-in.”

“I’m ready for this big opportunity. I’m happy to be here and ready to take advantage of this chance.

“I’m just coming to bring my fight and execute my game plan. I’m not going to give away too many details, but we’re coming to win on Saturday.

“I don’t like to study my opponents too much. Because they can switch game plans. My team has looked at some of his fights and we’ve just gone from there.”

“It almost feels like I’m making my pro debut on a big card because it’s been so long since I’ve been in the ring. It’s been a good thing in some ways. I was able to recharge my batteries. Sometimes rest is good and I took full advantage of it.

“The 154-pound division is still wide open. We have two main guys with Jermell Charlo and Brian Castano, but there’s no clear cut best guy. There’s still room for me to come in and seize the day.  “I respect that Hernandez is coming to fight and bring his best. But just wait until Saturday, because I have something in store for him.”

“I’m very excited to have this opportunity. I had great preparation for this bout and I’m ready for Julian Williams.

“Alfredo Angulo was a big opportunity and this is an even bigger one. I’m going to take full advantage of it.

“This is a very different opponent than Angulo. He’s a lot faster and he’s a very tough fighter. We’re ready for a war. I’m coming with everything I have for my Mexican people.” 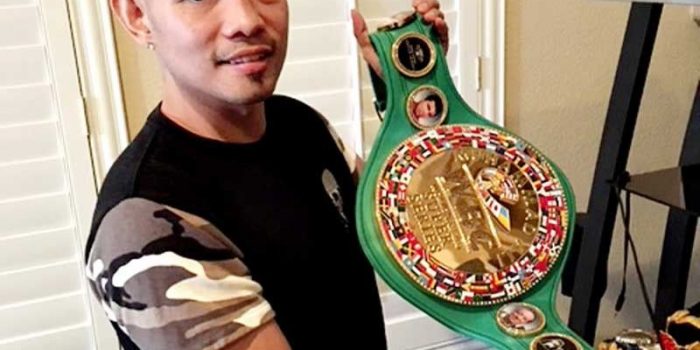 Crunch time x 2! Prograis and Donaire fighting in the Super Series this Saturday 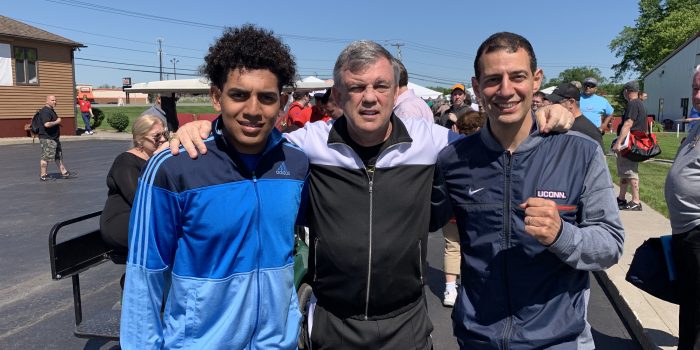