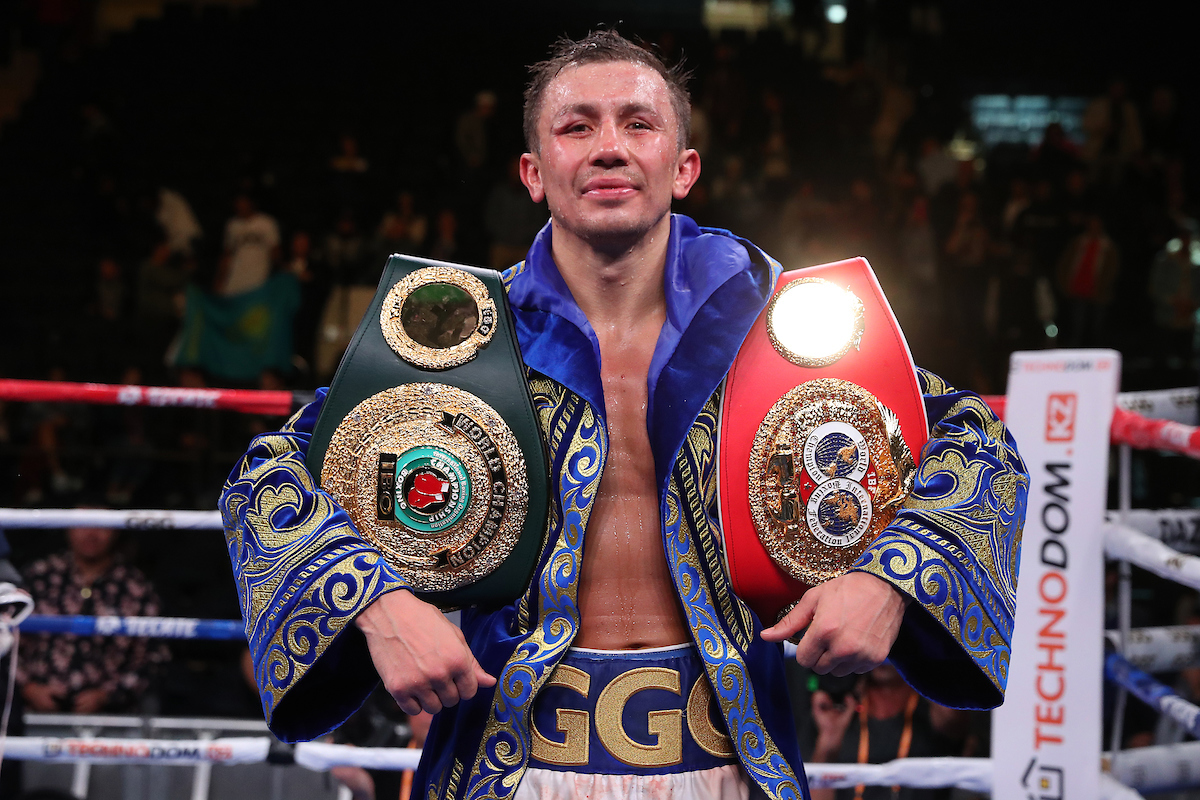 Ukraine’s 33 Year Old Sergiy Derevyanchenko comes out to the ring first wearing a beautiful black with sparkling silver rope with white letters says, “Technician”.  Derevyanchenko loose and ready but focused, determined and confident going into the fight of his life.

Here he comes! Kazakhstan’s 37 Year Old Superstar – Gennadiy Golovkin has made MSG his second home as he walks the aisle in NYC for the seventh time. Fans are going crazy vying for a good spot to get a picture of GGG’s ring walk. Golovkin coming to the ring wearing his vintage beautiful blue and gold fight rope.

GGG has the age number in his head as he keeps trying to cheat time and stay at the top of the P4P list. At age 37, he has become a master of conserving energy. Now we see GGG the fighter/ warrior- not the promoter or business man.

Michael Buffer does the ring introductions much to the delight of the fans.

Nice round for both fighters, as GGG is getting the better of Derevyanchenko. GGG is using his left hand beautifully sometimes doubling and tripling it up. Derevyanchenko starting to settle down and get in rhythm. This is turning into a war.

Good round for Derevyanchenko, he may have won that round. GGG did some good work, but seems desperate to conserve energy. We are seeing a new GGG, the old one would have tried to finish this fight when he landed well with a minute left in the round.

Derevyanchenko combinations are lightning fast as the debate rages on whether the cut on Derevyanchenko’s left eye was from a Punch or headbutt. ( most likely from a Headbutt). GGG needs to step the pace up a bit.

Derevyanchenko very busy in the round. Throwing with no fear at all. GGG lands a nice uppercut, but Derevyanchenko lands a good body shot to back up GGG and win a decisive round.

GGG coming forward trying to enforce his will, but Derevyanchenko to light, to fast, to fresh and making GGG look old tonight. Derevyanchenko is like a tiger in the ring tonight. Half way thru the fight and right now all the Momentum is with Derevyanchenko.

GGG willing to take chances now, Taking one to land one. Over the top right hook by Golovkin. Derevyanchenko boxing beautifully moving in and it and side to side, but GGG wins that round as Golovkin knows what’s at stake and is rising to this incredible challenge.

Derevyanchenko isn’t giving Golovkin a chance to breathe or think or reset – he is incredibly busy for a 160 pound boxer. GGG is a great second half fighter and I believed edged the round. Derevyanchenko is actually setting traps and looking to counter- Derevyanchenko has so many facets to his game.

Derevyanchenko lands a big punch that snaps Golovkin’s head back. Golovkin under pressure to perform and running out of gas. GGG punches take a lot more energy to get of, Derevyanchenko still seems fresh and his hand speed advantage is very visible.

GGG taking a lot of damage and thoughts are creeping into the corners mind of maybe stopping the fight. GGG trainer is terrible with his only advice- telling him to let his hands go. GGG is trying his best but only has a limited amount of energy. And we have Mexican Style in the Middle of the Ring and the fans go wild!

Here we go championship rounds can -Gennady Golovkin pull off a miracle win. What a round, Derevyanchenko walking thru GGG power shots. Triple G wins round 11. I think Derevyanchenko is winning the fight, but the winner of the last round will probably get the nod. I can see GGG Knocking down Derevyanchenko In round 12.

Derevyancheno’s chin is like granite, the only way to hurt him is on top of the head. I don’t know what to make out of round 12 as it was so even and there was a lot of wrestling in there. Derevyanchenko & GGG need to get into a rematch no matter who wins. Canelo was smart to drop his IBF belt and not face Derevyanchenko. Derevyanchenko should be undefeated as I had him winning the Jacobs fight by three rounds.

Congratulations to both fighters for an Amazing Fight!!!

Other Action from MSG:

Uzbekistan Super Welterweight Israil “The Dream” Madrimov knocks a game Alejandro Barrera down in the first round. With the WBA Intercontinental Super Welterweight Title on the line, Mexico’s Barrera came to MSG to win eating and exchanging leather in round 2.

Madrimov finally stops Barrera in the 5th round with a barrage of punches and ends up winning every round of the fight as well. Madrimov is a awkward fighter who often fights with his hands down and that Stlye will not suit him well against better opposition.

There has been a lot of mismatches lately on GGG fight nights, with the GGG stable fighters winning by a cake walk. Madrimov improves to 4-0 with all 4 wins by stoppage.

Ivan Baranchyk is Back:

Junior Welterweight Ivan Baranchyk destroys Gabriel Bracero In 4 rounds. Baranchyk landed left hooks at Will and improves his record to an outstanding 20-1 with 12 wins coming by way of stoppage. After the fight, Baranchyk declared, “the beast is back”. 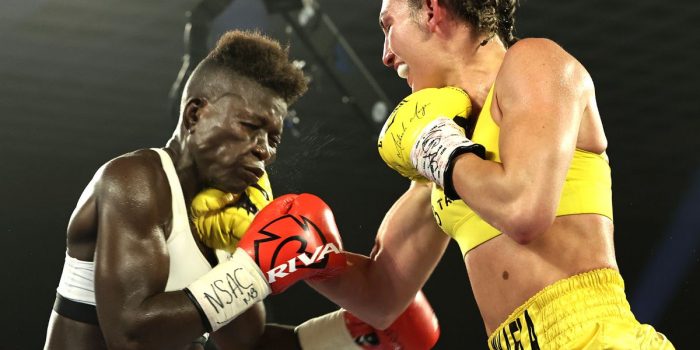 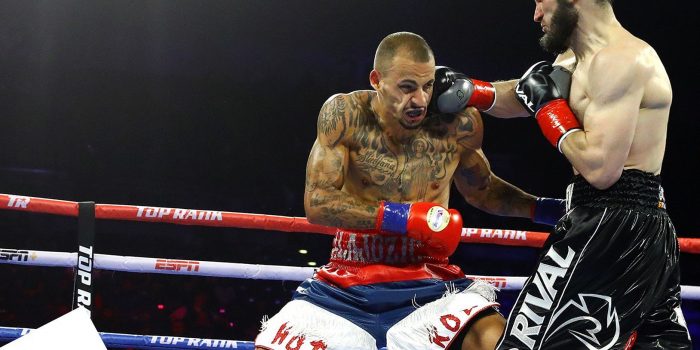 Artur Beterbiev has his coming out party tonight beating and stopping Radivoje Kalajdzic in the...