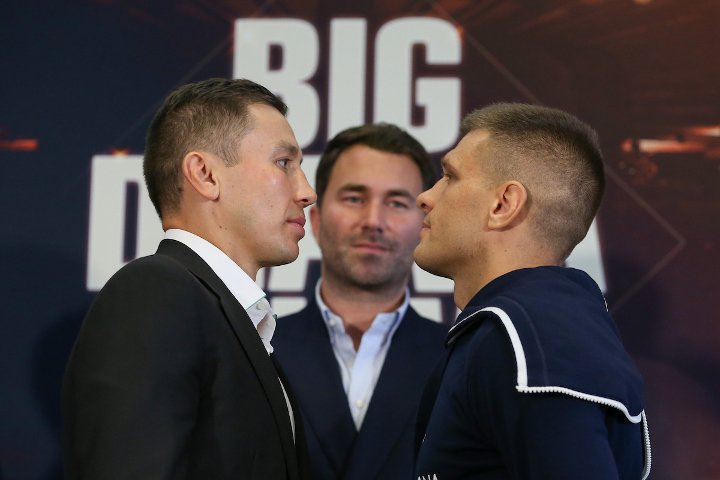 GGG vs Derevyanchenko is a Must See Match

GENNADIY GOLOVKIN VS SERGIY DEREVYANCHENKO DOWN:

As boxing fans and Madison Square Garden -New York City prepares for another big night of Big Drama Show & Mexican Style Boxing, we look at the combatants and make the fight Prediction.

GGG has fought at the 160 pound limit his entire career, but at his age he is starting to sacrifice draining weight for energy. Derevyanchenko is very comfortable at 160 and can go all night if he has to.

No Doubt, one shot from GGG can put the fight away. GGG is very dangerous as he is willing to take one to land the big one.

GGG looping over the top shots are a thing of beauty, but Derevyanchenko has boxing down to a Science. Derevyanchenko height disadvantages has forged him into a boxing technician rarely seen in boxing. His low crouching / moving style is one of the best in history.

Derevyanchenko has the privilege of fighting Daniel Jacobs in a MSG headliner and getting a good boxing lesson on adjustments needed, but GGG has fought everyone under the sun and has seen it all.

Derevyanchenko is younger and quicker then GGG. Derevyanchenko is willing to move more as well which players to his advantage. GGG time off after the second Canelo Fight has also helped him refresh his batteries.

Even though GGG has been more hittable with age, his chin so far has been granite.

Derevyanchenko is a Top World class fighter just like Shawn Porter/ But Golovkin is a Dog just like Errol Spence.

Derevyanchenko will have to fight a Shawn Porter type of fight, he will have to box and use speed and use different angles to hit GGG. He will have to play the role of a boxer and not be to aggressive as one shot from GGG and it’s nighty night.

Derevyanchenko has to find a way to lure GGG into burning up energy early as Derevyanchenko will look to steal rounds by being more active.

Derevyanchenko has to go into the fight with a game plan to simply box and not load up on power shots unless absolutely necessary.

Derevyanchenko best chance of winning is by decision, he needs to outboxing GGG.

Golovkin will be looking for the big shot to land on top of Derevyanchenko Head. It is important for GGG to pace himself and have the first three rounds be feel out rounds.

GGG may be able to make it a short night, but if he expands to much energy early (punch himself out) he will struggle winning rounds against this true boxing technician.

GGG is capable of ending the fight in any round with one shot, but if it goes to the Score Cards, look for a very tight decision.

GGG stops Derevyanchenko is a fight of the year candidate in round #10 after Derevyanchenko dominates round 9 to the fans surprise and pleasure. Fight ends after a big shot and fans go nuts! 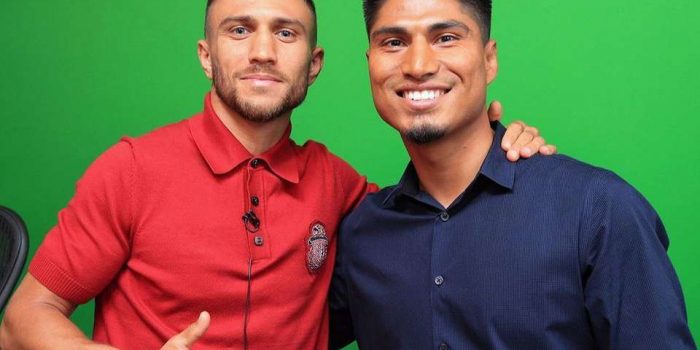 In the world of boxing nothing looks like it appears and the layers of an...