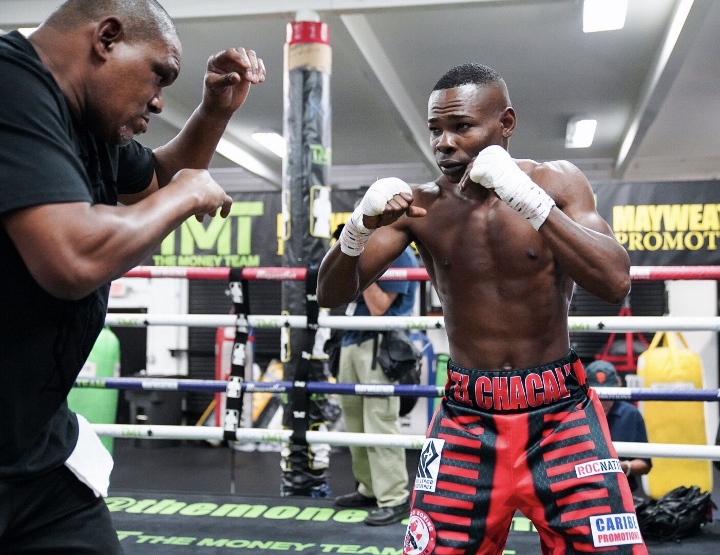 Guillermo Rigondeaux Still Has Something to Prove

By Caryn A. Tate

Guillermo Rigondeaux has heard the whispers—and is doubly motivated to silence them.

“Many people talk and think I’m too old or too defensive,” said the 39-year-old Rigondeaux. “I’ve got something else to tell them now: Find another excuse because I’m still the baddest super bantamweight on the planet, and now I’m going to be the best world champion at bantamweight.”

Rigondeaux (19-1, 13 KOs), the former unified world super bantamweight champion, will be moving down to bantamweight when he returns to the ring Saturday, February 8, at the PPL Center in Allentown, Pennsylvania. He faces Liborio Solis (30-5-1, 14 KOs) for the vacant WBA world bantamweight title on the Gary Russell Jr. vs. Tugstsogt Nyambayar card, live on PBC on SHOWTIME (9 p.m. ET/6 p.m. PT).

But quieting the skeptics isn’t Rigondeaux’s only source of fuel. The two-time Cuban gold medalist is a devout family man whose life changed when one of his sons was diagnosed with autism. He now promotes awareness of the disease with a message on his trunks on fight night.

“I wore my youngest son’s name, Nijash, on my trunks during the [James] Dickens fight in 2016,” said Rigondeaux. “That’s around the time he was born. He was later diagnosed with autism and my last two fights I have worn ‘Autism Fighter’ on my trunks.

“I’m fighting for more than myself in the ring now. I’m fighting to promote autism and give hope that we can understand and overcome it. I’m an Autism Dad, and I want to bring full awareness and support for other families that live with kids with autism. I know fighters that have children with the same problems, and supporting this cause is one of my focuses for this part of my career.”

Rigondeaux has family in the United States as well as Cuba, but he remains close with all of them.

“Here in the United States, I have my youngest, Nijash, who was born here. I also still have Guillermo Jr., who is becoming a teenager, in Cuba. I frequently visit him. He loves boxing and is a big fan.”

It’s enough for Rigondeaux to work as he’s ever worked in the gym.

“El Chacal” has fought at the 122-pound limit for much of his professional career. Now the southpaw moves down to bantamweight—a move some would consider risky at his age.

“I’m ready for any name at 118 pounds and I want to unify this division the same way I did at 122 pounds. Throughout my career I felt I’ve been an avoided fighter, and I had to fight at 122 pounds to get the opportunity to fight big names. I want to demonstrate at my natural weight what I can do in the ring, and I can’t wait to put on a show February 8.”

“I’m looking for specific things as a fighter that he as a trainer will bring out of me,” Rigondeaux said. “Me and Ronnie have an excellent chemistry and relationship. I’m the best fighter in my division, and I want to be recognized in this part of my career as being a true prizefighter. Ronnie understands the essentials I need to work on during training camp to get to that point, and I want to show the world the best version of me in the ring. I put my trust in him to make me a world champion this next fight.”

Solis, Rigondeaux’s opponent, is a former unified super flyweight world champion who has been fighting professionally for nearly 20 years.

“I thank Solis for the opportunity. He’s one of the top guys in the division. I never underestimate my opponents, and they usually bring out their best against me knowing what they have to face on the other side. He is a tough, hard-hitting opponent and it won’t be an easy night. This will be a great fight where both guys are bringing the best—it’s going to be one you don’t want to miss.”

If Rigondeaux’s last bout is any indication, then this one could be a Fight of the Year candidate. Last June, he and Julio Ceja warred in a thrilling battle. Rigondeaux stopped Ceja in eight, fighting at close range and engaging in more toe-to-toe exchanges than we’re accustomed to from the technical virtuoso.

“I give credit to Ceja for bringing one hell of a fight,” Rigondeaux said. “He’s dangerous at 122 pounds as people saw.

“Although I seemed less defensive, I was in control the whole fight. After the first round, I saw that Ceja wasn’t going to back down. I know how to fight any style, and I showed it that night. Ceja thought he was going to find me defensive, but my usual defensive style was going to be dangerous those first few rounds when he was unloading everything he could. I had to sit and fight in short range as opposed to fighting on the outside.”

Nevertheless, the fight was still up for grabs when Rigondeaux landed a wicked overhand left in the eighth.

“I was down on the scorecards and I was able to win in a way I knew I had to. I was seeing that after the high intensity Ceja brought, he started wearing down round by round. When I saw in that moment he was slowing down, I was able to capitalize on an opening. When I landed that big shot, I knew it was going to be tough for him to continue.”

Rigondeaux is hoping for a similar outcome on Saturday night, to silence the skeptics and celebrate with his son afterward.

“When I’m not in Houston in training camp, I’m with my son Nijash,” Rigondeaux said. “I take him to school in the mornings and to therapy in the afternoons. My wife does an incredible job when I’m in camp taking care of our son and making sure he has everything he needs. He really misses his father while I’m away in training camp.

“It’s always rewarding having my biggest fan waiting for me at home after my fight. It makes it all worth it.” 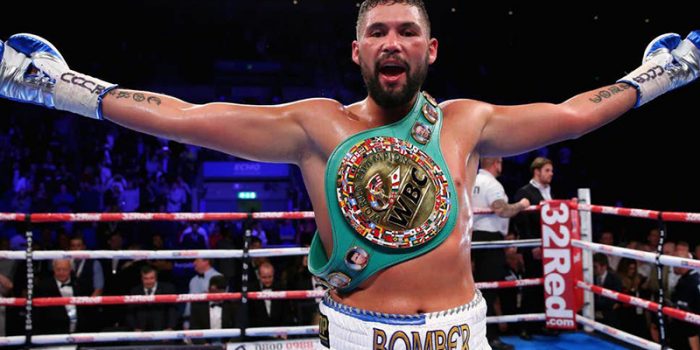 On this day in history, Tony Bellew conquered the cruiserweight crown

On this day in history, Tony Bellew conquered the WBC cruiserweight crown May 29th, 2016... 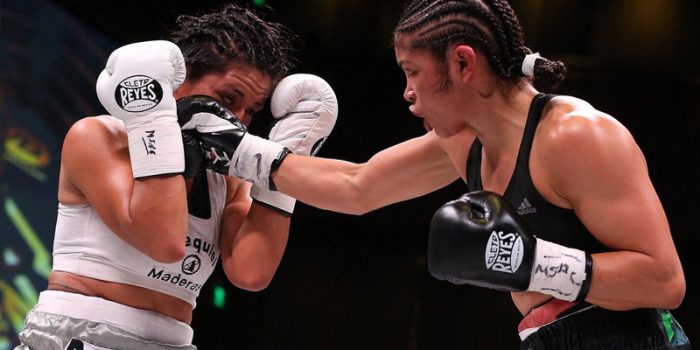 At the MGM National Harbor in Oxon Hill, Maryland, Jessica McCaskill (7-2, 3 KOs) and...