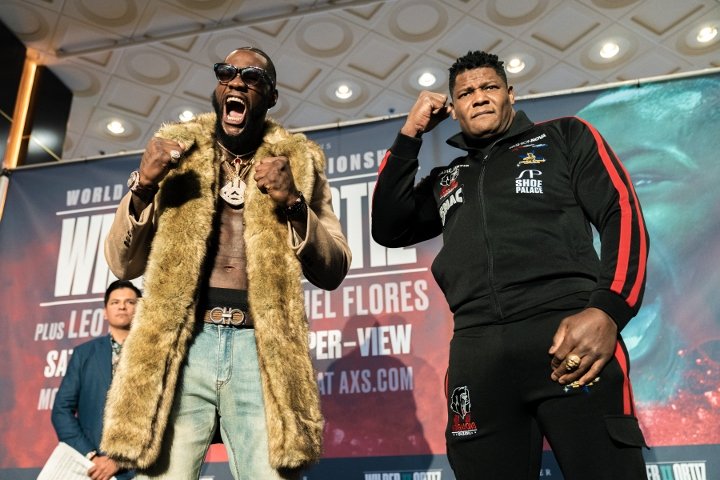 LAS VEGAS (AP) — They are a flawed group at best, the heavyweights who will be vying for your attention — and money — over the next few months. Unpredictable, too, though that just adds to the intrigue of a trio of fights that will either make boxing’s big men must–see TV or relegate the division to the doldrums once again.

Deontay Wilder is awkward but dangerous, a string bean of a heavyweight with a crushing right hand that can change everything in a fraction of a second. Luis Ortiz is a big puncher, too, though there are questions about both his stamina and age (40) going into this weekend’s rematch with Wilder that serves as an appetizer for what comes next.

That would be Anthony Joshua and Andy Ruiz Jr. on Dec. 7 in Saudi Arabia. Another piece of the heavyweight crown will be at stake when the portly Ruiz tries to replicate his upset win over a British fighter who staked a claim as the best of the lot until Ruiz stopped him in June in New York.

And then there’s the wild card known as Tyson Fury, who can talk as well as he can box. Fury claims to be the lineal heavyweight champion and can make his case to be even more than that if his scheduled February rematch with Wilder goes off as planned.

Three months, three different heavyweight title fights. And, just maybe, some clarity in a division that excites boxing fans like no other.

Or maybe not because, after all, this is boxing.

“This is what it’s all about in the heavyweight division. The big boys,” Wilder said. “One fight, one night, one blow can end it all.”

Wilder will look to land that blow when he meets Ortiz on Saturday in a pay–per–view fight that could help provide some clarity to the top of the heavyweight division. Ortiz had Wilder hurt and nearly out in their fight last year before Wilder came back to stop him in the 10th round.

The rematch is just as unpredictable, though Wilder is confident he will be the last man standing. If so, he already has agreed to meet Fury in another rematch in February of their wildly entertaining first fight.

“I’m a knockout artist. That’s what I plan to do, to knock you out,” Wilder said. “That’s plain and simple.”

Wilder has done that throughout his career, racking up 40 knockouts in a 41–0–1 record marred only by his draw with Fury. It’s a formula that has worked so well he will be making the 10th defense of his piece of the heavyweight title when he meets Ortiz at the MGM Grand Garden arena.

For all the knockouts and title defenses, though, he’s not the unquestioned heavyweight champion of the world. There are others who claim belts, though the upcoming series of three fights should bring some order to the top of the division.

Even as Wilder and Ortiz prepare to meet, Ruiz and Joshua are deep into training for their fight in Saudi Arabia. The location is a bizarre one for a heavyweight title fight, but there’s no mistaking that whoever emerges victorious can make his own case as the best in the world.

Ruiz came out of nowhere to put himself in the mix, becoming the first fighter of Mexican heritage to win a heavyweight title when he scored a shocking knockout of Joshua after being signed as a late replacement. Ruiz, who carries a lot of his weight in the midsection, doesn’t look like a top heavyweight but his fast hands and power combined to drop Joshua four times before the fight ended in the seventh round.

Fury, meanwhile, is coming off a bloody win against Sweden’s Otto Wallin and is eager to win a rematch of his own. He out boxed Wilder last December for most of 12 rounds but was dropped twice — the final time in the 12th round — before settling for a draw that he still disputes.

The 6–foot–9 English gypsy held the heavyweight title after beating Wladimir Klitschko in 2015 before a downward spiral into drugs, drinking and mental health issues forced him out of the sport for nearly three years. He has yet to lose as a professional and, even if Wilder loses to Ortiz, could seek a big fight against Joshua or Ruiz.

“It doesn’t make any difference to me, out of every negative there will be a positive,” Fury said. “The one thing good about boxing is there’s never going to be a shortage of boxers. You fight who’s available, that’s what you do.”

Right now, that’s just what the current crop at the top of the heavyweight pile is doing. The fights are all attractive, all dangerous, and, hopefully, all exciting.

It is, said Wilder, an “amazing time for boxing and boxing fans.”

For once it’s not simply boxing hyperbole. 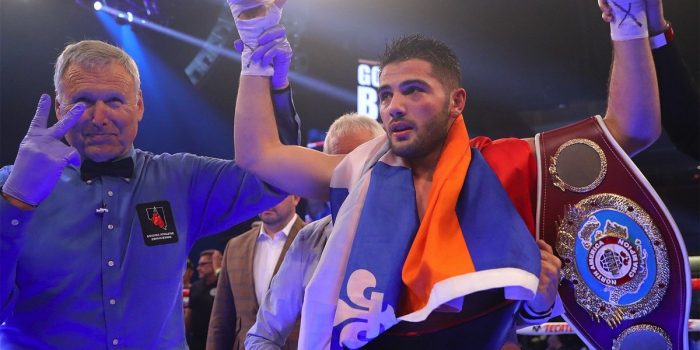 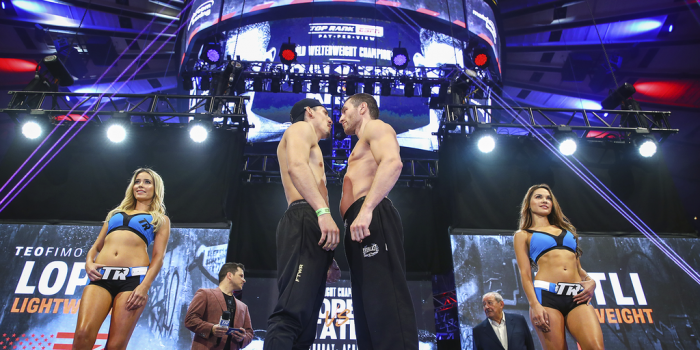