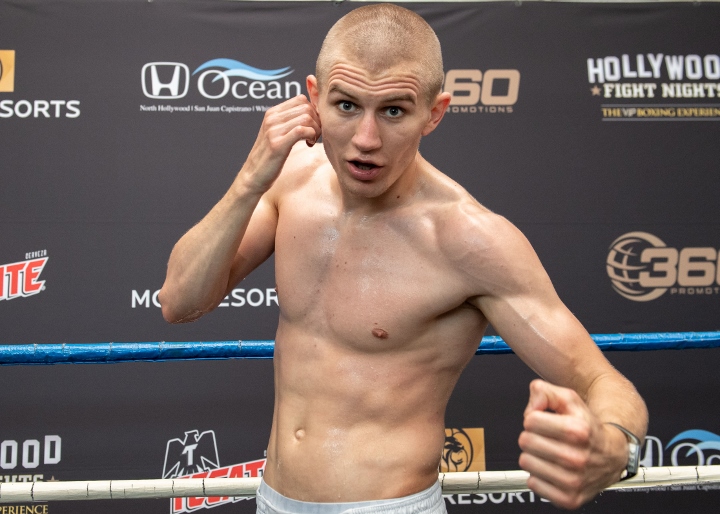 Bohachuk and Brunson have a combined forty knockouts of their forty-three victories. The Philadelphia native holds the boxing record with nineteen first–round knockouts to start his professional career breaking the internationally recognized milestone previously held by the deceased former world champion Edwin Valero.

“The AVALON will once again be the place to be for boxing fans on Sunday, October 27,” said Loeffler. “Our main event between Serhii Bohachuk and Tyrone Brunson ensures an exciting fight for the fans with both of their knockout power. Additionally, we have a tremendous co-feature betweenHumberto Rubalcava and Adrian Montoya in addition to an outstanding undercard promising a full evening of entertainment for our ninth ‘Hollywood Fight Nights’ event.”

“This series has become a fan-favorite in Los Angeles to watch today’s rising stars and tomorrow’s world champions and we’re honored that boxing fans have shown their strongand continued support.”

Trained by the renowned Abel Sanchez in Big Bear Lake, CA, the 24-year-old Bohachuk will be making his seventhappearance at ‘Hollywood Fight Nights’. Fighting in 2019, the Ukrainian star has made three starts already this year including knockout victories over Fernando Marin, Freddy Hernandez and Cleotis Pendarvis.

A winner of his first twenty professional bouts by knockout, Brunson kicked off his 2019 campaign with a ninth-round stoppage of cross-town rival Jamaal Davis on March 1, 2019.

Prior to the stoppage of Davis, Brunson was victorious in four of his previous five starts including a fifth-round knockout of former world champion Kermit Cintron. Competing in

‘The Contender’ series, he lost his opening bout to eventual tournament winner Brandon Adams but defeated Devaun Lee in the second round at The Forum in Los Angeles, CA on November 9, 2018.

In an outstanding co-featured six-round super bantamweight cross-town showdown, popular fan favorite Humberto ‘Filly’ Rubalcava, (11-1, 7 KOs), of Westminster, CA will bring his legion of fans once again to the AVALON as he faces the toughest test of his career against undefeated Adrian Montoya, (10-0, 9 KOs), of Oxnard, CA.

Making his third appearance at ‘Hollywood Fight Nights’, the 24-year-old Rubalcava electrified the crowd on July 28 with a six-round action packed performance in a unanimous decision win over Luis Javier Valdes, sweeping every round on all three judge’s scorecards. Prior to the victory over Valdes, Rubalcava impressed the crowd at the AVALON on May 19, 2019 with first round knockout of Daniel Constantino.

A native of Sonora, Mexico, Montoya will be making his highly anticipated Los Angeles debut against Rubalcava. The 21-year-old will look to continue his knockout streak having stopped his last two opponents inside two rounds.

The German native Deckmann has shined in all three appearances at ‘Hollywood Fight Nights’ scoring three consecutive second round knockouts, the most recent against Keith Berry on July 28, 2019.

Known as ‘El Phantasma’, undefeated rising star George Navarro, (6-0-1, 3 KOs), of Apple Valley, CA will see action against Nestor ‘Perezoso’ Ramos, (7-9-1, 3KOs), of Nuevo Leon, Mexico in a four round super flyweight bout on October 27 at ‘Hollywood Fight Nights’. The 21-year-old Navarro stunned those in attendance on May 19 at the AVALON with a first-round knockout of Cesar Sustaita.

Flyweights will battle in a scheduled four rounder as undefeated Christian Robles, (3-0, 1 KO), of Los Angeles, CA faces off against Cesar Sustaita, (3-5, 3 KOs), of Juarez, Mexico. The 22-year-old Robles will be making his third ‘Hollywood Fight Nights’ appearance, winning a

Super welterweights will see action in a scheduled four rounder as Nathan ‘100 Gang’ Weston, (6-0-1, 3 KOs), of Los Angeles, CA clashes with Isaac ‘Puma’ Freeman, (3-8-1, 3 KOs), also of Los Angeles, CA. A native of Atlanta, GA, the 26-year-old Weston will be making his third start of 2019, most recently winning a four-round unanimous decision over Matt Murphy in Duluth, GA.

Pro debuts will take place in a four-round super lightweight tilt as Martin ‘Too Smooth’ Allison of Los Angeles, CA faces John Ornelas of Santa Ana, CA. A highly decorated amateur from Houston, TX, Allison has moved to the Southern California to start his professional career. 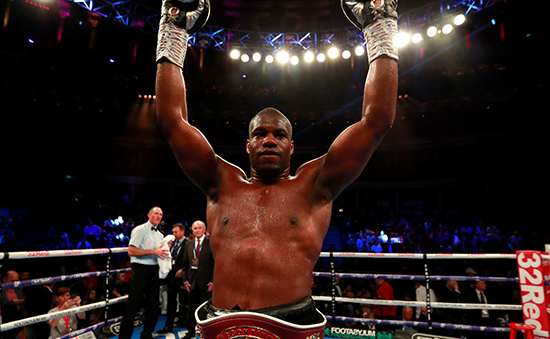 WEMBLEY’S THE WAY FOR DANIEL 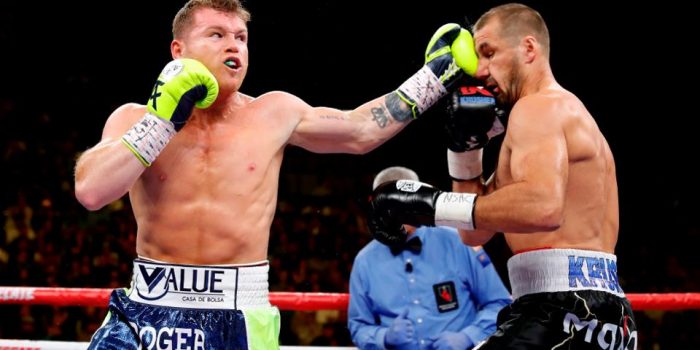