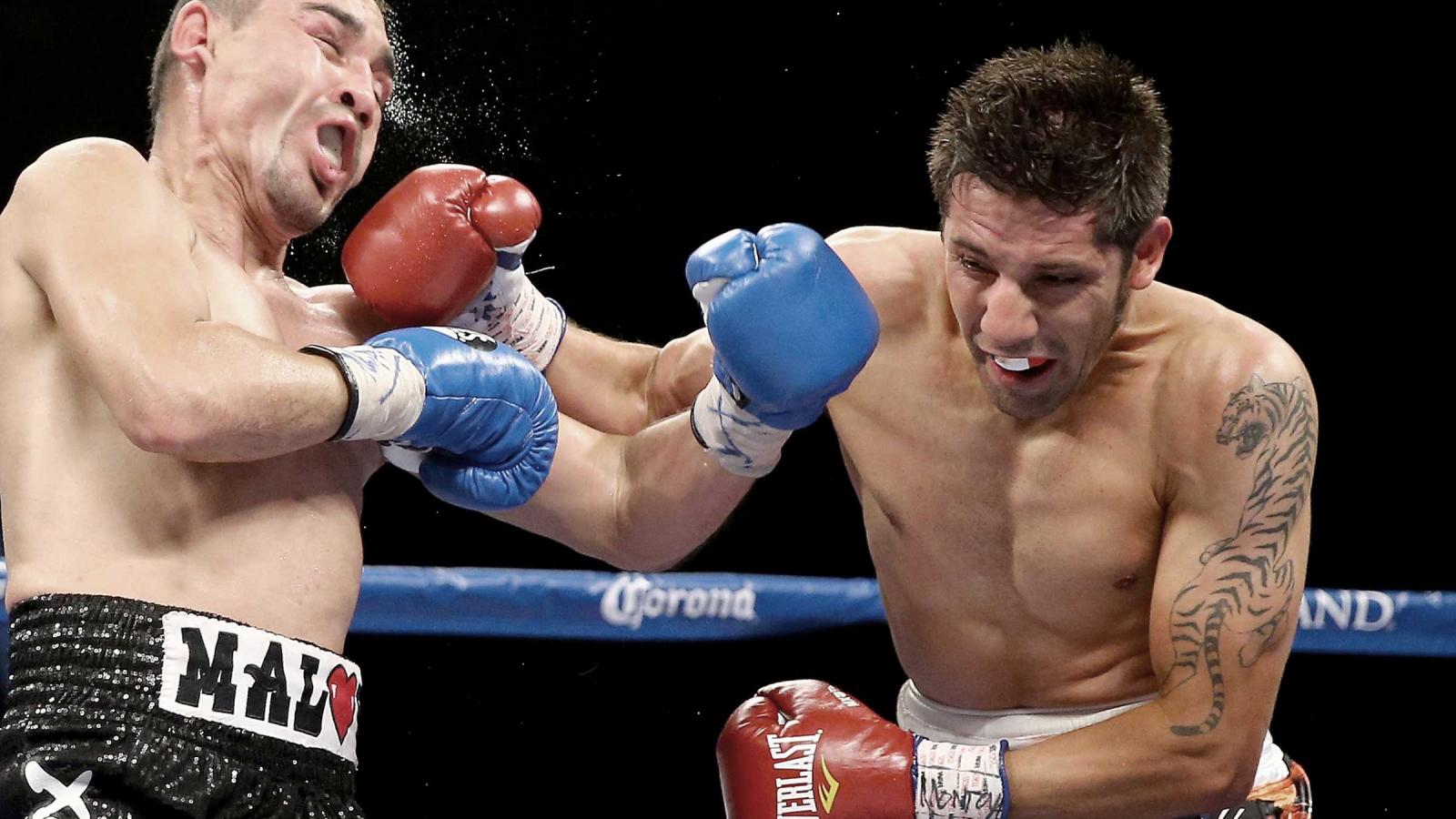 Nothing less than an all-out brawl should be expected when Mexican gladiators John Molina Jr. and Josesito Lopez square off in welterweight action Saturday, September 28 on FOX Sports PPV.

The arms were shaking; the hands too tired and sore to be lifted. The tears from the strain came streaking down. It didn’t stop until the opponent hit the padded canvas. The winner ran to her father crying uncontrollably and managed to swing her short arms around his head.

It’s unavoidable, even for a five-year-old girl who just won a handstand contest against much older girls in her gymnastics class.

John Molina Jr. knows where the fight in his oldest daughter, Raenah, originates. It’s where his fight comes from; a reservoir of deep DNA in hardhats—the Mexican fighting tradition—that courses through him.

“My daughters are very young and very gifted, and my oldest is just like me,” said Molina, laughing. “I remember the time I watched Raenah during a handstand challenge in their gymnastics class, and the only other girl in the class that could stay in a handstand as long as Raenah was 14 years old. The other girl broke down, and Raenah is crying out of her mind.

“The coach had to go over and tear her up off the floor, because she couldn’t stand. She came over and said, ‘Daddy, my arms hurt so bad and I didn’t quit.’ She said, ‘you know why daddy?’ Because I’m a Molina and we don’t give up. It comes natural to her, and that makes me very, very proud. That’s part of the Mexican fighting heritage.”

That tradition will continue on Saturday, September 28, when Molina (30-8, 24 KOs) takes on fellow Mexican veteran Josesito Lopez (36-8, 19 KOs) in a 10-round welterweight clash at Staples Center in Los Angeles. The card is headlined by the Errol Spence Jr.-Shawn Porter welterweight unification on PBC on FOX Sports PPV (9:00 p.m. ET/6:00 p.m. PT).

It starts early, Molina stated. Most Mexican fighters come from impoverished backgrounds. They grew up on Julio Cesar Chavez Sr. from Culiacan, Mexico. Culiacan is a mainly agricultural area in the northwestern section of the country that is also a hotbed for the illicit drug syndicates. The way US families clamor together to watch the Super Bowl, Mexican families all congregate to watch Chavez.

Watching fights together is a Mexican tradition, Molina said, as is the closeness of family. The two go hand-in-hand.

But it’s deeper than that. All Mexicans, unlike most Americans, feel connected. There is a far deeper sense that they’re fighting for national pride when they step into the ring.

Lopez and Molina are both Mexican-American. But that doesn’t really matter, Molina stressed. Their boxing foundation emanates from the same background and culture. It’s a no-fear zone that says you’re only allowed to move forward.

“I do like to say I am more adopted, because I am Mexican-American, but my boxing roots are certainly based in that Mexican heritage of fighting, because you have to be able and willing to take two to land one, and be even more willing to continue coming forward,” Molina said. “It is more of a style. You fight with your heart; you give everything that you can give.

“For me, I was a fan of the sport, and that’s attached to being from the Mexican culture. So, growing up, I grew up a fan of Chavez Sr. That even spilled over into Roberto Duran. Duran is Panamanian, not Mexican, but he fought like a Mexican. He came forward and fought.

“It’s why I say it’s more of a style than a culture thing with some fighters. Look at Manny Pacquiao. Mexican fans love Manny. Why? Because he never stops. He’s always willing to fight and come forward. Here you go. Believe it or not, my father’s favorite fighter was Marvelous Marvin Hagler. It’s another example that the fighter doesn’t necessarily have to be Mexican to be loved my Mexicans. Hagler fought like a Mexican.”

They made Hagler an “honorary Mexican.”

Molina said he’s patterned his style in accord to the Mexican style. He promises his upcoming fight against Lopez will be a special one. Molina realizes that he’s a 13-year veteran and the end is nearing. He’s been in wars. But he still believes he has something left—and that something could be taken out in Lopez, who once sparred with Molina when the two were budding pros.

The Mexican style is exciting. It’s also a grueling and career-shortening form of fighting that’s incredibly taxing to maintain.

“We’re going to set the bar high that night,” Molina promised. “With me and Lopez, you’ll see an Arturo Gatti-Micky Ward type of fight. We know each other. I would agree that my style is hard. I do have my family backing me up. When the time comes, I will talk to my wife about it. I want to enjoy quality time with my family.

“If body for once tells me to hang it up, I would do it right away. I believe I’m the stronger man in the ring, but when it comes to the heart, we both have that. Josesito is a friend of mine. When we’re fighting, it’s business in that ring. After the fight, we’ll be friends again. When we sparred seven years ago, it was a great session. If that’s what the fight is going to be like, it’s going to be a barnburner.”

Nothing less should be expected from a pair of Mexican warriors. 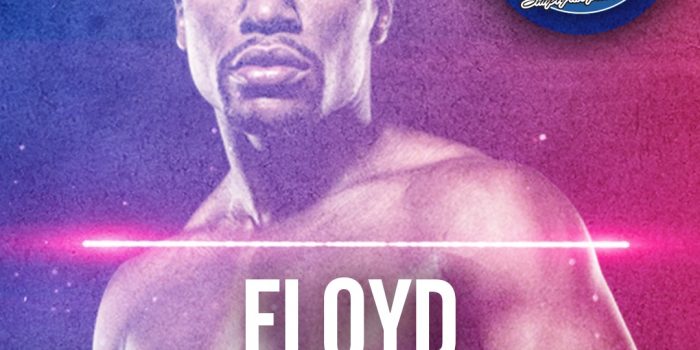 Floyd “Money” Mayweather was named Boxer of the Decade by the World Boxing Association (WBA).... 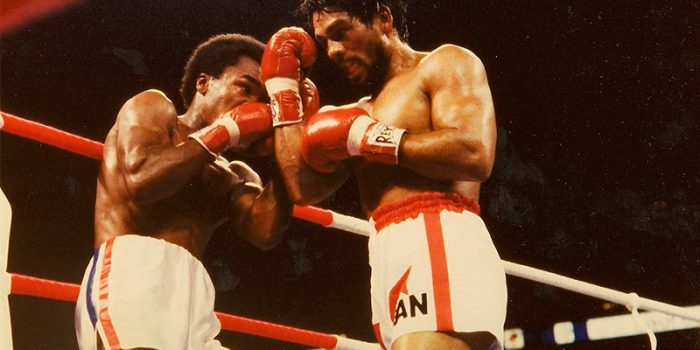 On this day in history, Roberto Duran shook the world and defeated Sugar Ray Leonard...