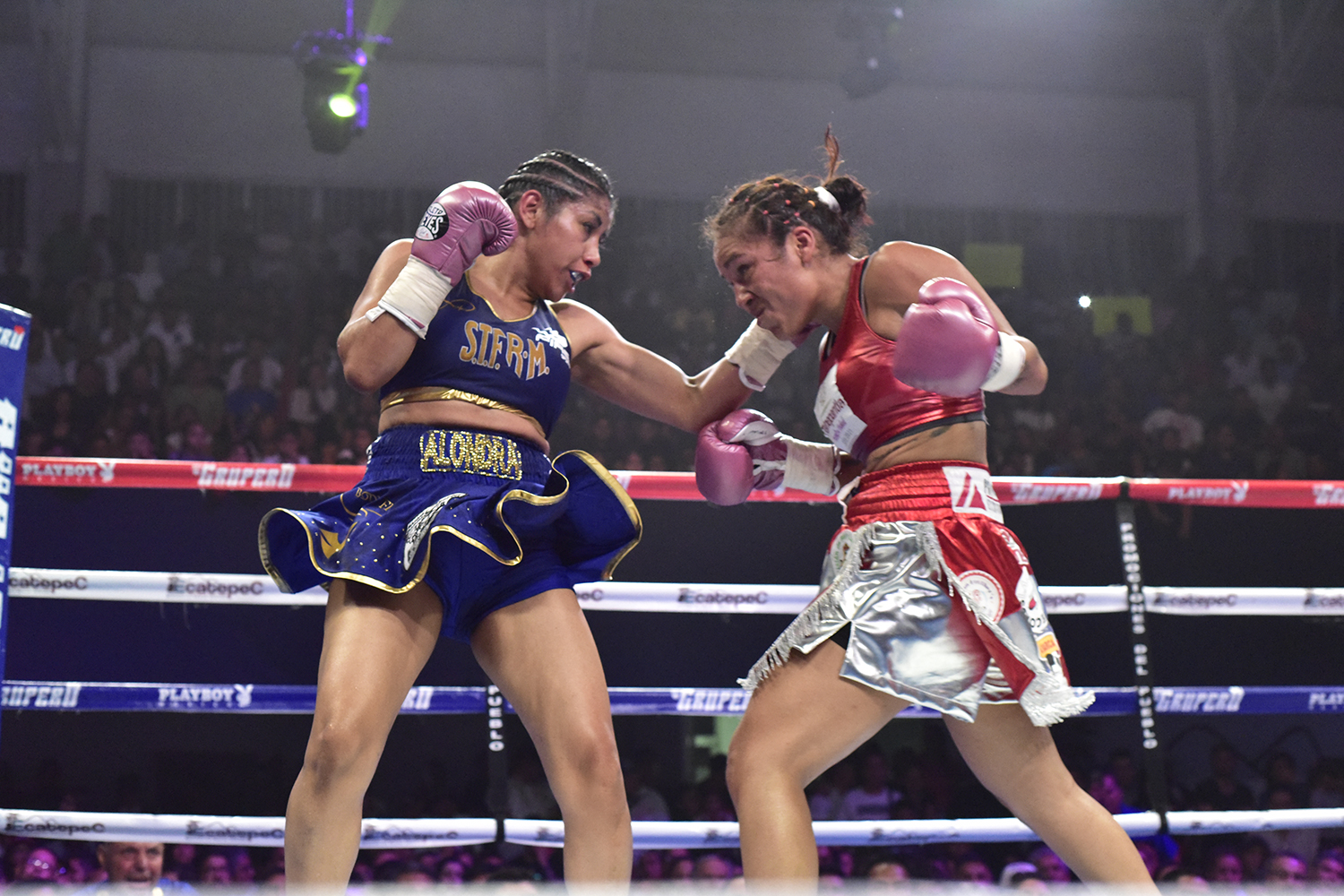 In a sold Out Arena at the Regional Center of Culture, Art and Sport Las Americas, in Ecatepec, State of Mexico, and promoted by Promociones del Pueblo and Cancun Boxing, “Lupita” Martinez won with scores of 97-94, and 97-93 with Kika up 96-94, on the other hand.  Lupita continues her reign after raining down clusters of punches in an unyielding non stop pressure cascade, preventing Kika from steadying herself and getting leverage.

Aware that she was on her rival`s turf, grim faced  “Lupita” poured it on with a blistering two handed attack from the opening bell in hot pursuit, giving “Kika” few moments of respite.

Round one set the mode with both slugging from the outset. Lupita pressuring and Kika tagging her with elegant left jabs.  Lupita was trying to trap Kika on the ropes and go to work, but Kika escaped, jarring her with a long straight right, only to be caught with uppercuts and some hard body punches. The power was coming from Lupita while the accuracy belonged to Kika.

Lupita was on the prowl and on the hunt in round two, again going to the body and then landing a hard right upstairs. But it came at a price as she was countered with a peach of a right to the head and then her head was snapped back with a pinpoint right uppercut.

“Lupita” was determined to keep it anchored in the trenches at short range, throwing clubbing  flurries of punches, but by round three “Kika” began to measure and punish  with left hooks and uppers.

Markedly more aggressive  “Lupita” was ahead after four rounds to the tune of 39-37 on two cards, while the challenger was up on the other by 39-37.

The champion maintained the pressure to made it uncomfortable the “Kika”, who was sagely  advised by Hall of Fame Coach Ignacio Beristain to seek out distance.

The sixth  was a good round for Kika, as Lupita was increasingly getting caught with long range left hooks to the head and face from an opponent who was on the move and trying to use her boxing skills.  In response in round seven, Lupita unleashed a terrific attack, to which Kika spitefully responded in kind, adding in some body shots, only to be caught with left right combinations. Lupita was looking tired, but dug deep in the eighth, to find a second wind, as the whirlwind continued unabated…What a thriller!

The advantage after eight rounds was for the champion, 77-75 in two cards, and the other with the same score for the “Kika” In the ninth, Lupita went into top gear and then overdrive with a sustained two handed attack, as Kika had to soak it up.  Lupita drove in a hard right to the head, but then walked  into a snappy right hook to the head, just before the bell.

Round ten belonged to Kika who caught the champion with long lefts and rights to the head, as this truly  fabulous fight reached its thrilling finale.  Following the utter warfare both fighters who are friends outside the ring,  embraced in the magnificently sporting tradition of Women`s boxing.  They had given their absolute all in a tremendous wonderful fight, which will be remembered for a very long time.

Diamond champion Kika asked for a rematch from the still Absolute Champion, which will surely come to pass. Kika  failed in her bid to achieve a third world title in different divisions, in addition to suffering the fifth defeat of her career, but  by gum it was so very close! 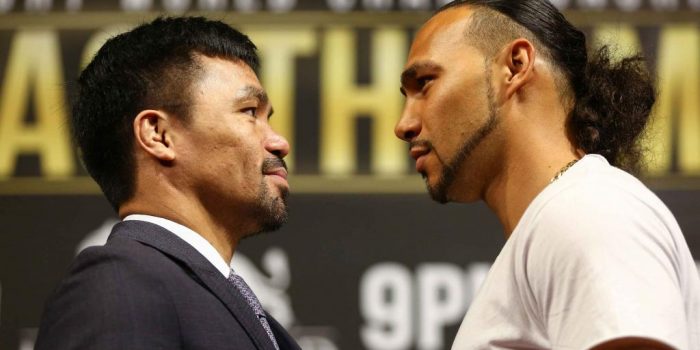 High stakes match from the MGM Grand in Las Vegas will give the winner the... 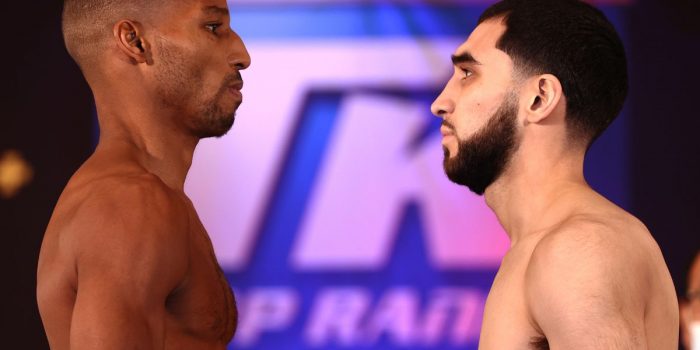