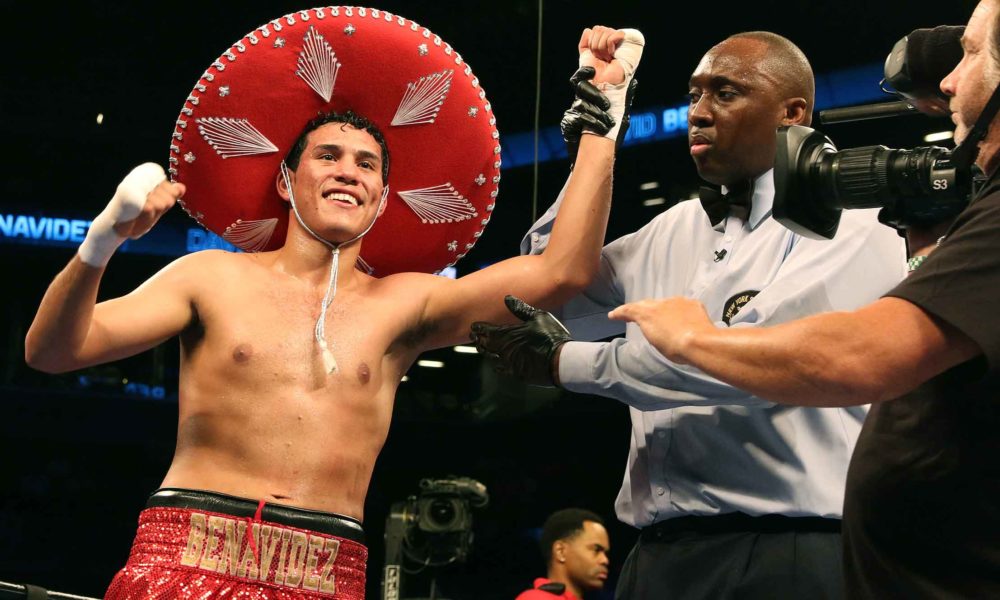 LOS ANGELES — Mexican Independence Day and boxing have gone hand in hand for generations, with Mexican and Mexican-American champions routinely competing in the biggest fights around this time of year. In anticipation of their own fight night on Saturday, September 28 at STAPLES Center in Los Angeles, closely following this weekend’s celebrations, David Benavidez, Mario Barrios, Josesito Lopez, John Molina, Jr. and Robert Guerrero shared their memories of the holiday and country’s proud fighting tradition.

For Benavidez, along with trainer and father Jose Sr., and his brother and welterweight contender Jose Jr., boxing and the holiday have always gone hand in hand with memories of watching the legends of the sport in the ring.

“Around every Mexican holiday in our house, whether it was Cinco de Mayo or Mexican Independence Day weekend, I just remember there was always a big fight to watch,” said Benavidez. “My father is from Mexico and he came here when he was only 10-years-old. He’s the one who brought me up around the sport of boxing from a very young age, and now everything in our lives is about boxing.

“We definitely treated those big fights like holidays. Nothing in our household really mattered except boxing, so big fights around the holiday weekends were always huge for us. I know Julio Cesar Chavez Sr. fought around Mexican Independence Day a lot. Erik Morales, Marco Antonio Barrera and Juan Manuel Marquez also stand out in my memory of those big fights around the holidays. Watching all of them influenced me to be the fighter that I am today.

“Watching those big fights with the great Mexican and Mexican American champions gave me so much motivation because I saw how all the Mexican people supported them. Mexican Independence Day is about warriors defending their own, so it was great to see those fighters competing for their honor. I haven’t had the chance to fight on that weekend yet but I feel that I am going to show the boxing and sports world why I deserve to be there one day.”

The pay-per-view will also feature unbeaten rising contender Mario “El Azteca” Barrios as he takes on fellow unbeaten Batyr Akhmedov for the WBA Super Lightweight title. Barrios has taken on his ring name to honor the fighting spirit of his heritage. He reflected on the pride of Mexican Independence Day and what that nickname means to him.

“So many big fights go down on Mexican Independence Day weekend,” said Barrios. “Growing up, my sister and I made it a tradition to always get together with our family and friends to watch those fights.

“Boxing is one of the main things that brings our family together. I remember watching guys like Erik Morales and Marco Barrera on Mexican Independence Day.  Those classic fights always bring back some good memories of being together.

“‘El Azteca’ is what I go by these days and it’s because of that Mexican warrior in me. The Aztec civilization originated in Mexico and I’m proud of my ancestry. Fights this time of year mean a lot to all Mexican fans and that makes it even more important that I have my best performance on September 28. This is just that season when you know a big fight is happening and I’m ready to be a part of it.”

“ We definitely treated those big fights like holidays. Nothing in our household really mattered except boxing, so big fights around the holiday weekends were always huge for us. ”Former Super Middleweight Champion David Benavidez

Opening the pay-per-view is a showdown between all-action veterans Josesito “The Riverside Rocky” Lopez and John Molina Jr. The 10-round super lightweight attraction features two Mexican-American fighters who have shown trademark heart and passion in numerous memorable fights throughout their careers, including fights on Mexican Independence Day Weekend.

“In my family, boxing has always been a big part of our heritage and we use it to celebrate Mexican Independence together,” said Lopez. “Growing up, I first started competing as an amateur because it brought my family together. I created unity through the excitement of my fights. I definitely remember us all getting together to watch the legends like Julio Cesar Chavez Sr., Erik Morales and Marco Antonio Barrera. In fact, the first time Morales and Barrera fought, they made me realize that boxing was what I wanted to do for a living. I was only about 16 years old at that time, but watching those two gladiators put the exclamation point on me wanting to become a professional fighter. Seeing how great they were, gave me the motivation to work hard in this sport.

“Mexican Independence Day weekend always seems to be a weekend full of boxing. Now, to fight around this weekend as a professional, it’s a great feeling and a celebration with all our family getting together, whether it’s to support me or whoever else is fighting, and just for all of us to celebrate boxing together. Even to this day, I love how all my family and friends gather to watch and support my fights. It means a lot to me.”

“Spending time with my family and friends is the best part of any holiday,” said Molina Jr. “I love celebrating the holidays and just being with the people I care about. Mexican Independence Day weekend is always a huge fight weekend. I definitely remember Julio Cesar Chavez Sr. and his fan-friendly style. Oscar De La Hoya was also a treat to watch and he was really ‘the man’ in my era when I was coming up.

“The Mexican style is something to be proud of. You come forward and take one to give one in order to inflict your damage. Other people even try to emulate our style and everyone knows the fans appreciate our style instead of all of the dancing around each other.”

Lopez and Molina previously fought on Mexican Independence Day weekend, with Lopez competing four times on the weekend, most notably against Canelo Alvarez in 2012, while Molina lost a close decision to Humberto Soto in an exciting 2014 battle on the Mayweather vs. Maidana 2 undercard.

“I’ve fought on Mexican Independence Day weekend a handful of times and it’s always a good weekend to fight,” said Lopez. “I haven’t felt any added pressure in the past, though. At the end of the day, it’s me inside the ring fighting another man.”

“The fight between myself and Josesito Lopez will put the Mexican style on full display,” said Molina Jr. “We’re very similar guys. We’ve both earned everything that we’ve ever received in this sport. We’re going to set the bar really high on September 28.”

In FS1 PBC Prelims preceding the pay-per-view, former three-time world champion Robert “The Ghost” Guerrero will take on Jerry Thomas in action that begins at 7:30 p.m. ET/4:30 p.m. PT. Guerrero has had an accomplished career and will look to write another chapter in a storied career that’s seen him become one of the most accomplished Mexican-American fighters of his era.

“I just remember always watching all the big fights on that Saturday of Mexican Independence Day weekend,” said Guerrero. “My whole family would get together at my house and enjoy the fights.  It was definitely a fun time with family and to this day we will still get together to watch those fights whenever we can. The fight that stands out the most to me was the classic war when Julio Cesar Chavez beat Meldrick Taylor. What an incredible fight.

“Everyone knows I have that warrior Mexican blood flowing through my veins and that’s why you see me go to war in the ring. Mexican Independence Day will always be a time for boxing’s great warriors and spending time with family.” 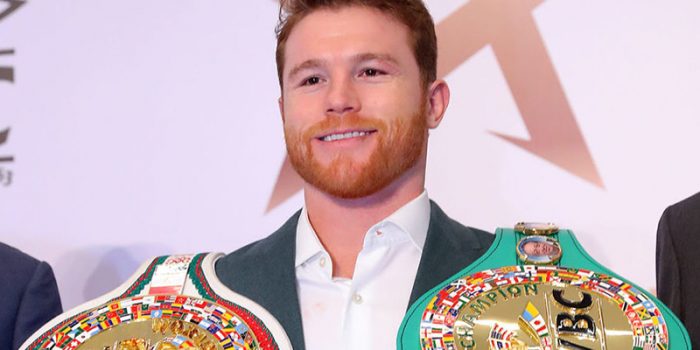 Promoter Bob Arum says Tyson Fury will be fighting next on either September 7th or 21st... 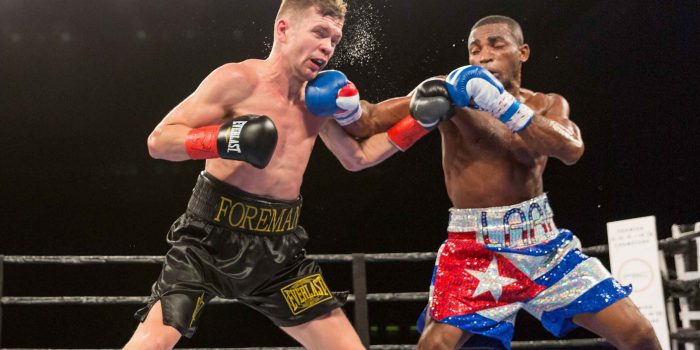