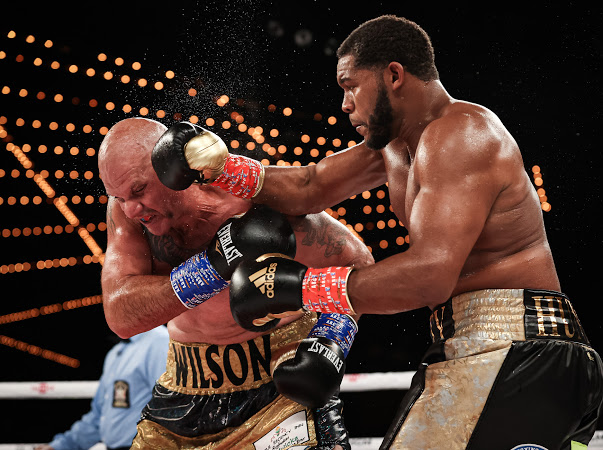 New York, NY (August 4, 2021) Tuesday Night at Madison Square Garden, Triller Fight Clubpresented ‘TrillerVerz’ featuring the first ever live Verzuz Rap Battle between THE LOX and DIPSETcombined with an outstanding night of professional boxing in front of a sold-out New York City crowd. The highly anticipated rap battle lived up to its billing as the East Coast legends entertained for almost two hours at the event broadcast live internationally on FITE.TVand Triller.co.

Prior to the Verzuz Rap Battle and in the main event of the boxing card, World Ranked Heavyweight Michael ‘The Bounty’ Hunter II, (20-1-1, 14 KOs), knocked out Mike Wilson, (21-2, 10 KOs), in the fourth round (2:49) of their scheduled ten-round bout. Competing in a WBA Heavyweight World Title Eliminator, Hunter looked sharp from the outset displaying his full arsenal of power shots to the head and body of the valiant Wilson.

Hunter badly hurt Wilson in the fourth stanza prior to landing a sensational right hand to the jaw dropping the Oregonian hard to the canvas. Although rising to beat the count, referee Ricky Gonzalez called a halt to the action at the 2:49 mark of the round.

Co-featured in a ten-round welterweight clash, ‘The Fighting Pride of Huntington, NY’ Chris Algieri, (25-3, 9 KOs), made his triumphant return to the ring with a dominant ten-round decision victory over veteran southpaw Mikkel LesPierre, (22-3-1, 10 KOs), by scores of 100-90 (twice) and 99-91.

Displaying his full arsenal of world class skills throughout the fight, including blistering shots to the body, the former world champion Algieri left no doubt he could compete at the top levels of the junior welterweight and welterweight divisions after a two-year layoff.

Top light heavyweight contender ‘Irish’ Joe Ward, (4-1, 2 KOs), continued to impress with a dominant six-round decision over previously unbeaten Tory Williams, (5-1-1, 4 KOs). Scores were 60-54 from all three judges. In front of a large crowd of cheering faithful, Ward used a consistent body attack to break down Williams despite suffering a cut from an accidental headbutt in the fifth round.

Junior welterweight prospect Aaron Aponte, making his Madison Square Garden debut, improved to 4-0 as the 20-year-old Floridian stopped Gerardo Gonzalez, (2-1-0, 1 KOs) in the second round. Aponte impressed the New York City faithful with as he dropped Gonzalez three times enroute to the stoppage by referee Sparkle Lee at :30 mark.

Highly decorated amateur Christina Cruz made her long-awaited pro debut in the flyweight division winning a spirited four-round decision over Indeya Smith, (1-3-1, 1 KO), of Dallas, TX. The New York City native Cruz was victorious by majority decision scores of 40-36, 39-37 and 38-38.

Fighting in the heavyweight division, Brooklyn’s Robert Sabbagh improved to 3-0 with a four-round unanimous decision over Cleveland Billingsley III, (3-6, 3 KOs), of Chattanooga, TN. Scores for the impressive victory over the valiant Billingsley were 40-36 twice and 39-37.

Opening the show in a tremendous battle of undefeated super welterweight prospects, Guido Schramm, (12-0-1, 8 KOs), of Los Angeles, CA won a six-round unanimous decision over Nikoloz Sekhniashvili, (7-1, 5 KOs), of Gori, Georgia. Scores for the fight which featured excellent two-way action throughout were 59-55, 58-56 and 58-55 for Schramm as both combatants raised their stock.

Nakatani Shocks Verdejo Trailing big on the scorecards, Masayoshi Nakatani came from behind and earned... 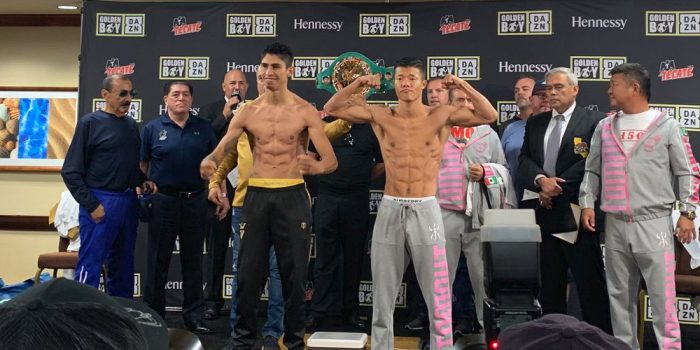