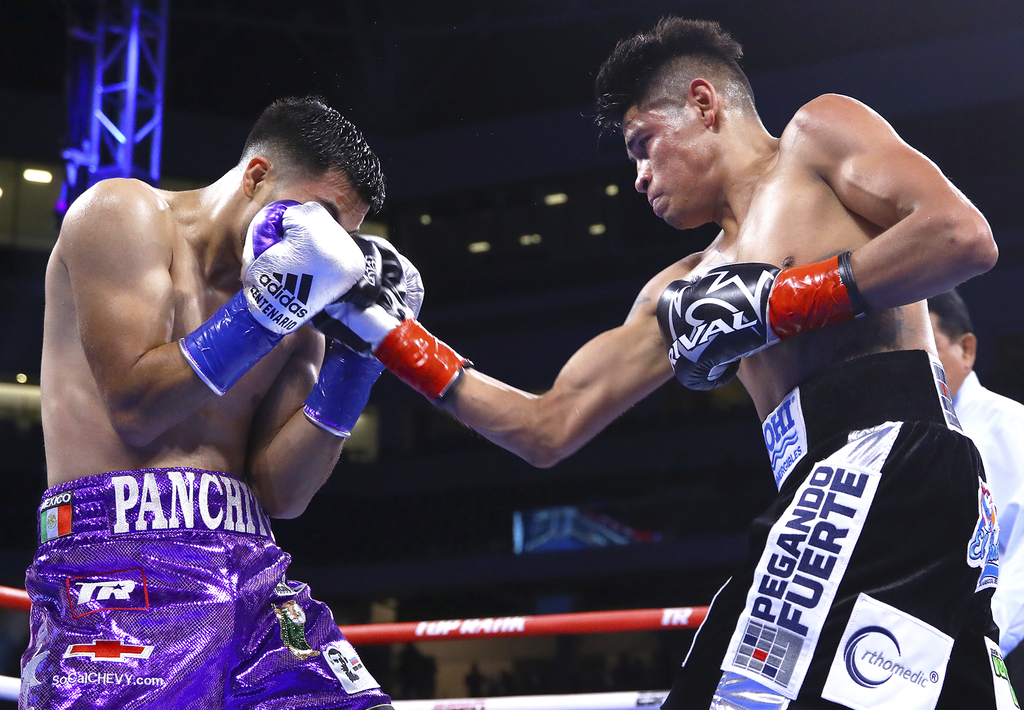 Both  fighters are ready and here we go – main event time:

Navarrete lands a nice left hook to start the fight and set the tone. What an exciting round. Navarrete using his height and reach advantage and landing some good power shots. De Vaca  throwing some excellent combinations in around one and also landing shots and holding his own. It seems that these two warriors are ready to explode and let it all out.

De Vaca eating a lot of leather now. De Vaca throwing some good combinations and landing well on Navarrete, but the problem is he’s eating too many power shots. De Vaca Goes down from a clean shot and gets back up.

Wow they start going at it toe-to-toe and Navarrete lands a huge left uppercut. Both guys throwing as Navarrete  throws his height and reach advantage out the window and goes in for the kill. Navarrete Letting his lands go as De Vaca doing his best to counter of the ropes. De Vaca  is getting hit with so many shots that his face is becoming disfigured. De Vaca  taking some heavy artillery. Another huge right and now left and the referee finally stops the fight.

Wow What a performance by Emanuel Navarrete!!!

This fight has a big fight feel to it.  Too bad the crowd is still very thin as there doesn’t seem to be a lot of spectators in attendance.

Magdaleno In the Blue trunks with a gold and silver cascade design trim and Rivera is wearing white trunks with black trim.

Good feel out round for both fighters. Magdaleno Sitting on his shots and Rivera using his speed to land some good punches.

Magdaleno hurts Rivera early in the round. Magdaleno Is starting to get relaxed, but Rivera knows this will be a war and he’s ready and focused.

Very good round for Rivera, I like the way he’s boxing. Andre Ward brings up a good point of helping his cause by using his jab a bit more. Magdaleno ran the entire round.

Rivera really starting to control the fight and unload on Magdaleno.  A clash of heads creates a deep gash on Magdaleno’s  Nose. Magdaleno Simply isn’t letting his hands go. Maybe all the power shots he threw in the first two rounds have  exhausted him. Magdaleno Is In trouble.

Rivera comes out like a house on fire. Once he ate that big power shot in the first round his demeanor and focus completely change. Rivera is determined,  it is going to be hard for Magdaleno to derail Rivera’s momentum. Rivera walking Magdaleno down know, Magdaleno in survival mode thinking about his knockdowns to Dogboe. Magdaleno‘s corner needs to talk to him now and turn his mind set around.

Same song and dance, Rivera walking Magdaleno down know, Magdaleno in survival mode thinking about his knockdowns to Dogboe. Magdaleno‘s corner needs to talk to him now and turn his mind set around. has the skill and did the training, now it’s on him to make it happen.

The corner is yelling at Magdaleno now and he seems ready to have a good round. Rivera still the aggressor and  landing good body shots on Magdaleno. Magdaleno Protecting his sides and staying on his back foot.

BIG Left Hook by Magdaleno that hurts Rivera. Magdaleno Jumps on him landing well, but Rivera recovers. Magdaleno Wins his first round since round 1 or 2.

Magdaleno  still landing well and Rivera is making the mistake of being too aggressive right now.  Tough round to score, I think Rivera gets the nod simply for pressing the action.

Rivera  fighting the fight like he’s behind on the score cards trying to make this a phone booth fight. Rivera gets caught with a left hook that sends him down. He is giving the fight away.

Magdaleno really tired and slowing down in the round. Rivera’s  elbow catches Magdaleno in his right eye and the cut causes the referee to stop the fight.

Good exciting fight, both fighters showed some promise and both guys still have much to work on. Rivera’s boxing impressed me, but he’s not a smart fighter. Magdaleno Has power, but he does have some stamina issues.

Result: The Judges Award Jessie Magdaleno the victory. Magdaleno Is lucky to Squeak out with the victory tonight. It seems that Rivera never had a chance to win with the judges tonight.

Freddy Roach’s young fighter Elvis Rodriguez got the easy 1st round KO. Rodriguez is a terrific looking fighter with a big upside. Roach has a big responsibility to teach this kid defense, he is already heading down the Alberto Machado road of winning easy and learned no defense. No head movement and only offense.  Furthermore, I could see this kid having some weight issues when draining down as his body matures.

Well the Hulk lost.  He looked like Manny Pacquiao, but unfortunately didn’t have any of his skills.  He did try hard and have a Lot of courage, but Barboza looked two weight classes bigger then him. Almost like when Saddam Ali fought Jamie  Munguia,  also the fight reminded me a little bit of the Spence -Mikey Garcia fight. The Hulk Tried his best but had no business being in the ring with Barboza who won by KO.

Arnold Barboza Did well but has much to work on before fighting for a world title, he is at least still 5 fights and 2 years away at best.

This fight was literally a no contest from the get go. How Stuart McLellan has almost 30 wins to only 3 loses is well beyond me. He is pretty tough I’ll give him that. Stuart McLellan Reminded me  of the first opponent in Nintendo’s Mike Tyson’s Punch Out Game. You can basically beat him  blindfolded. This fight was a classic case of building up a record.

Head Butts Galore is probably the best way to describe this fight.  Too tough warriors going at it with plenty of head butts and cuts to boot. At one point both fighters where a Bloody Mess, but both guys made distance as the natural boxer Van Heerden ended up getting the nod by the judges. 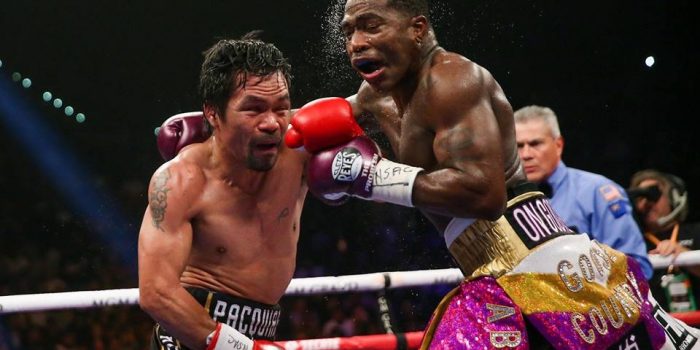 The Heavyweight Division has always been the Engine-The driving force behind the Sport of Boxing.... 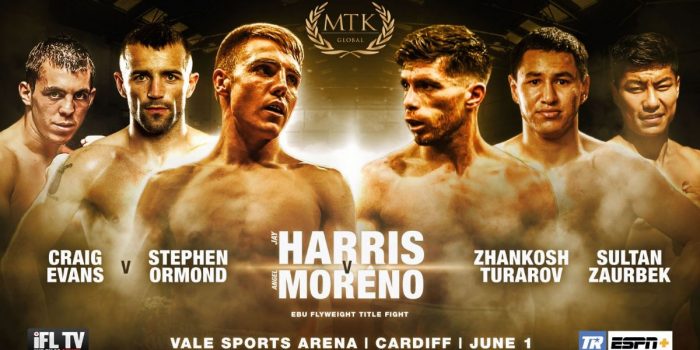