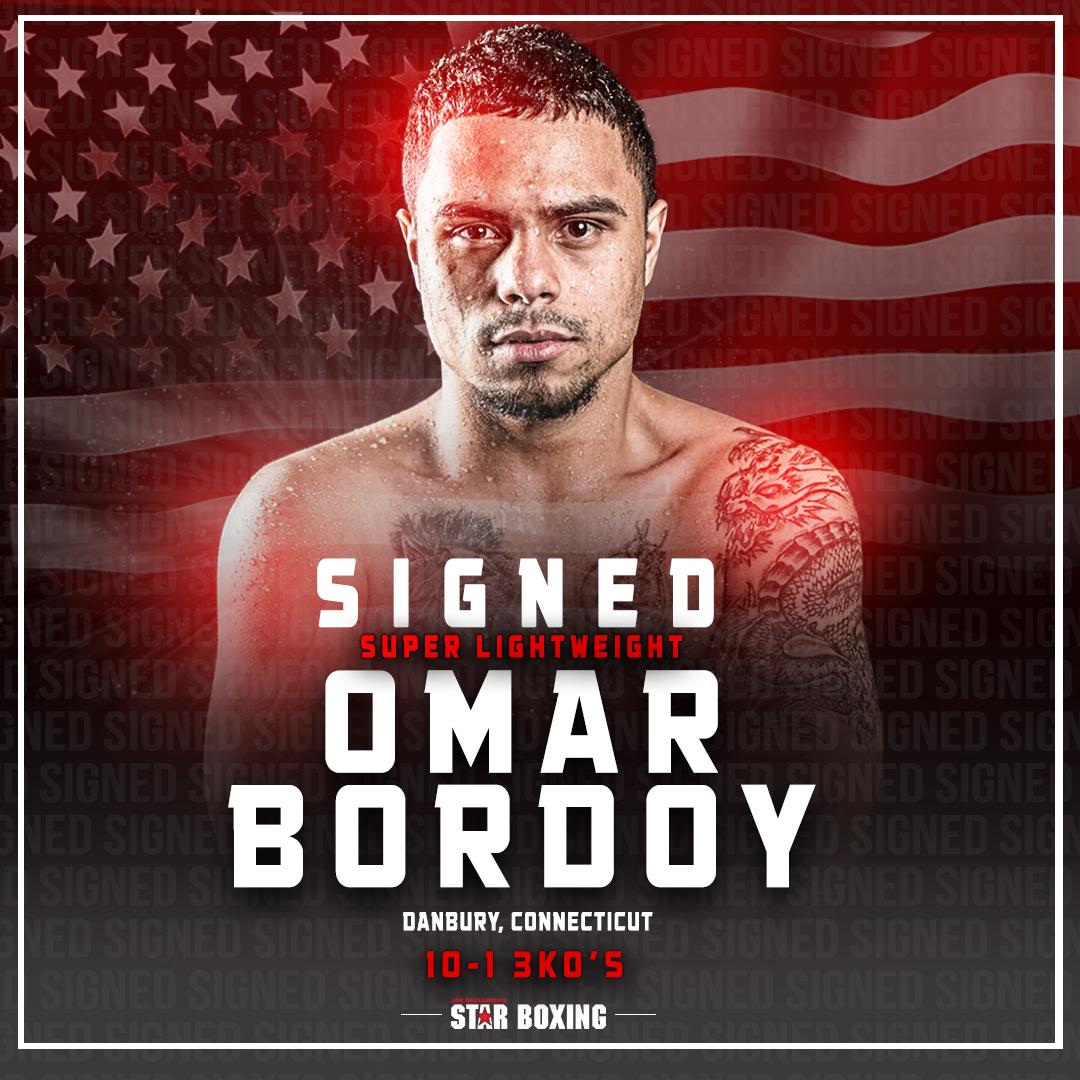 01/06/2021 Boxing Action Magazine Headline News 0 Comment
January 6, 2021 (New York, New York)
Star Boxing is pleased to announce the signing of Danbury Connecticut fan-favorite OMAR “THE BEAST” BORDOY (10-1 3KO’s). At 25-years-old, Bordoy stands at 5’5″ and matches his nickname in the ring, unleashing his inner ‘Beast’ fighting much bigger than his frame would suggest.
Bordoy is no stranger to Star Boxing events, having made his pro debut at Star Boxing’s “Slugfest at the Sun” on the undercard of Connecticut Boxing Hall of Fame Inductee, Delvin Rodriguez vs Courtney Pennington. Bordoy pitched a shutout, winning by unanimous decision, “Joe DeGuardia gave me my pro debut back in 2017,” said Bordoy, “I never forgot him giving me the chance to begin my career and now giving me the opportunity to further my career.”

Bordoy would later make an appearance at Star Boxing’s acclaimed “Rockin’ Fights” series at The Paramount in Huntington, New York, where he went to war with Terrell Bostic on the undercard of Long Island’s former World Champion, and “Rockin’ Fights” alum, Chris Algieri vs Angel Hernandez. Bordoy would drop Bostic in the third-round of the scheduled six-round fight, which proved to be the difference earning the decision in a thrilling fight.

Bordoy had this to say about signing with NY Hall of Fame promoter, Joe DeGuardia, “I couldn’t be more excited to sign a contract with Star Boxing. I’ve always been an underdog and I come from nothing, so I’m looking forward to showing the world that from nothing you can become something. The confidence Star Boxing is showing me only makes me hungrier and I look forward to having an explosive year in 2021.”
Trainer and Manager, AJ GALANTE echoed Bordoy’s sentiment, “Star Boxing consistently puts their fighters in positions to be successful. I look forward to continuing to help further guide Omar’s career, and with Joe DeGuardia and Star Boxing in our corner, the sky is the limit.”
Star Boxing CEO JOE DEGUARDIA stated, “Omar’s development from his pro debut at Mohegan Sun, to his electric victory at The Paramount has been impressive. I believe together with his team, we can continue to develop Omar, and get him the opportunities he needs to make real noise in the super lightweight division. We are happy to welcome him to Star Boxing.”
Share: 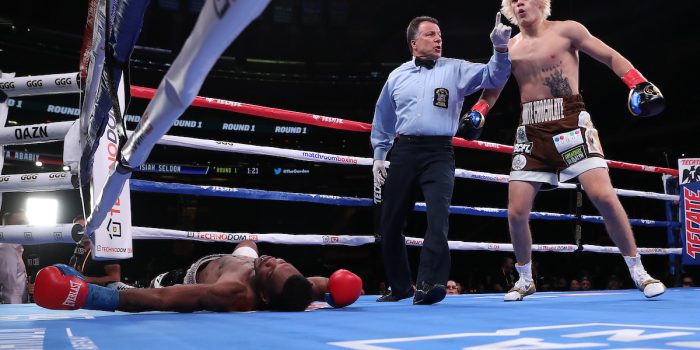 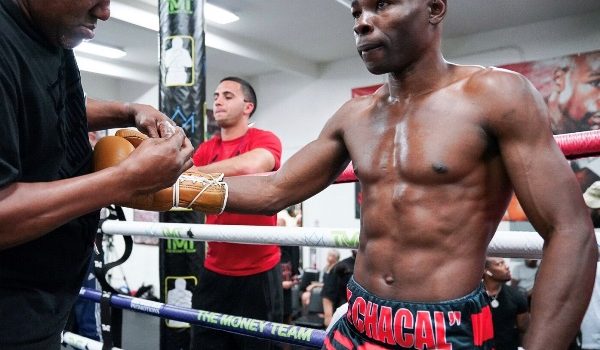 Rigondeaux and Ceja jostle to light the fireworks