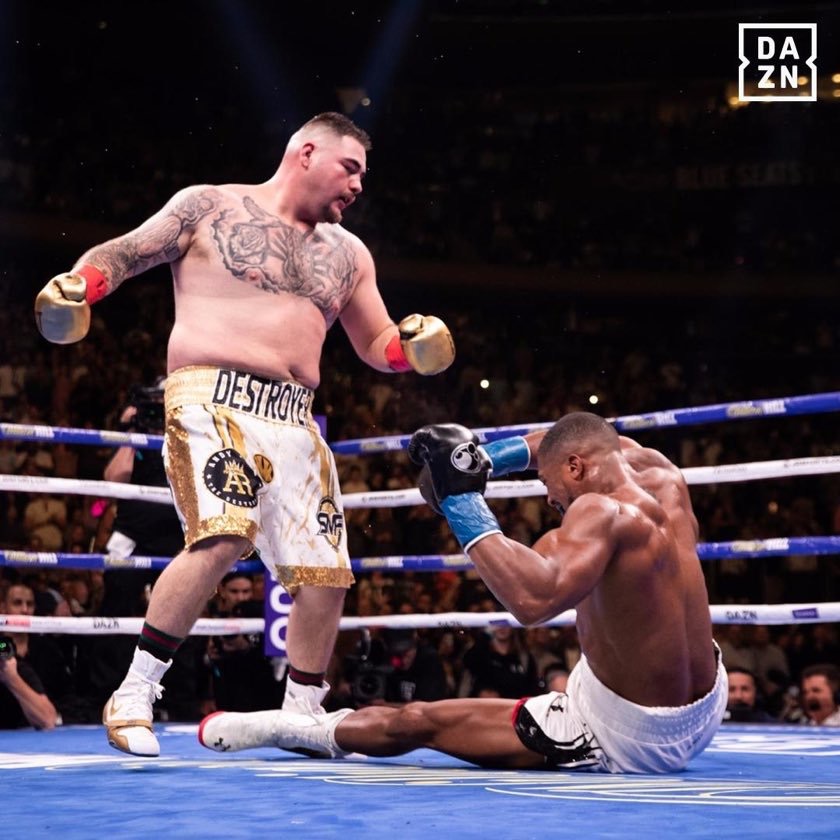 Anthony Joshua was shocked by Andy Ruiz Jr in a monumental heavyweight upset at Madison Square Garden in New York on Saturday night.

Joshua was floored four times and beaten in seven stunning rounds in a result to rival any surprise in the sport’s illustrious history.

The previously unbeaten world heavyweight champion lost his IBF, WBA and WBO titles and suffered a major and unforeseen setback in his plan to dominate a division that includes Deontay Wilder and Tyson Fury.

Joshua’s reign began to unravel in a terrible third round.

He looked in full control when he floored Ruiz Jr with a left hook. But, in trying to finish the fight, Joshua was caught cold by Ruiz Jr and sent to the canvas for the first time since his classic fight against Wladimir Klitschko at Wembley.

Joshua stood up but was on wobbly legs and Ruiz Jr pounced, sending him tumbling down again. Joshua clambered back up and needed to be saved by the bell for the end of the round.

He never truly recovered and Ruiz Jr stung him with a body shot in the sixth with Joshua still not looking like himself.

The Mexican-American challenger let his hands go in the seventh round and an overhand right had Joshua crashing down for a third time. It looked like a lost cause at this point but Joshua stood up again, only to hit the canvas for a fourth time with his gum-shield out, unable to hold himself up any longer.

The shock harks back to Mike Tyson’s infamous loss to the unfancied Buster Douglas in 1990, or Lennox Lewis’ defeats to Oliver McCall and Hasim Rahman. 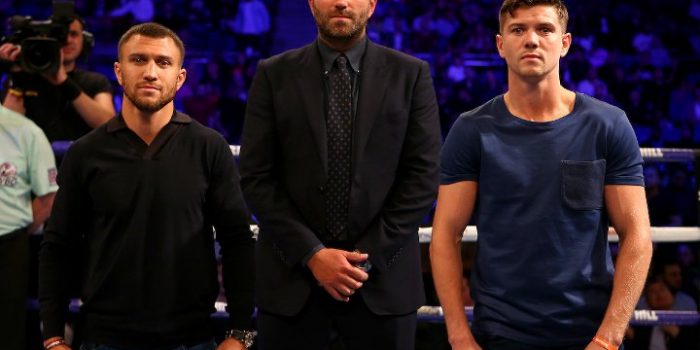 Former Olympic champion Luke Campbell says his fight with Vasyl Lomachenko will be "one of... 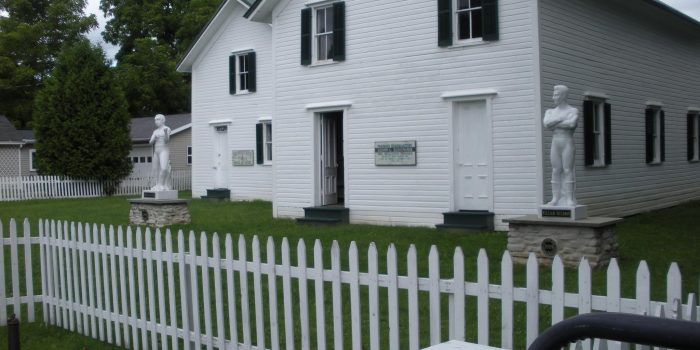 The Bare Knuckle Boxing Hall of Fame in Belfast, NY has announced the class of...