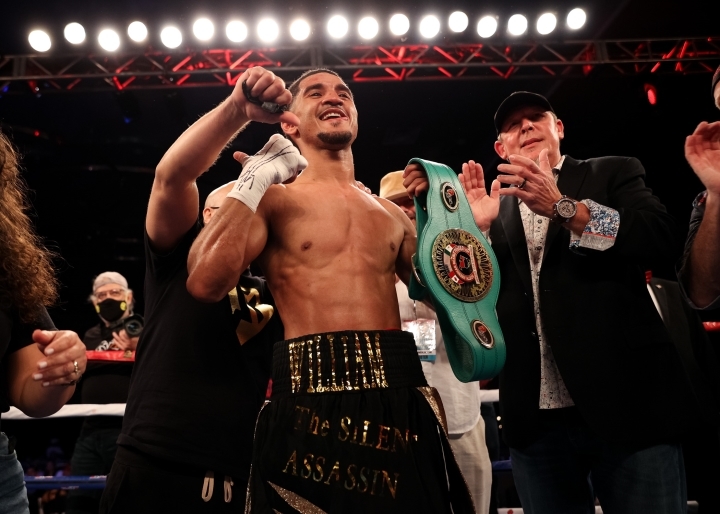 FRANK BARTOLINI RINGSIDE
7/23/22 Philadelphia Pennsylvania: This past Saturday Hard Hitting Promotions delivered a seven bout fight card filled with young Philadelphia prospects.
Headlining in the main event, Avery Sparrow, Philadelphia, PA., dropped a very close eight round decision to William Foster lll from New Haven Connecticut. . This battle changed tides of momentum throughout, due to Sparrows ability to adapt.
Foster’s four inch height advantage made it hard for the usually counter punching Sparrow,129.1 Lbs., to score. Utilizing his natural physical assets Foster, 128.7 Lbs., pumped his left jab while moving forward and snaking in right hands. After three rounds Foster seemed to be in full control and was able to slip Sparrow’s attempts at counterpunching.
Unable to close the gap, Avery did not get frustrated. Instead Sparrow implored a new fight style by moving his head and being aggressive to get inside. Once Sparrow found himself inside Foster’s wheel house he became effective landing overhand rights to the head and body blows. Several times Foster found himself in a corner or back to the ropes and could do nothing but grab his foe.
Getting caught with punches moving inside Sparrow did not relent and fought every second of the remainder of the contest. Finishing round six and seven very strong, snapping back Foster’s head with right hands.
During the final three minutes Foster committed to staying away from the shorter Sparrow and moved non-stop. Darting in scoring shots and running away Foster won the last round and the fight on all three judges’ scorecards 77-75.
Foster remains undefeated 15-0, 9 Ko’s . Sparrow drops to 10-4 4 Ko’s.
Sparrow had Foster figured out and ran out of time. If a rematch was scheduled for ten
rounds, this scribe would wager heavily on Sparrow .
The semi windup matched two junior lightweights, Christain Tapia, Coamo, Puerto Rico
completely outclassed late replacement Mario Sayal Lozano, Buenos Aires, Argentina. Possessing too much talent and skill Tapia,131.5 Lbs., nearly pitched a shutout. Lozano, 132 Lbs., was a tough opponent who never quit trying.
The final tally favored Tapia 78-73 across the board. Tapia rises to 15-0 12 Ko’s. Lozano is now 18-8-1 9 Ko’s
Stepping into the ring for the first time since the start of the COVID pandemic, Jeremy Cuevas, Philadelphia, PA., did not miss a beat. Showing no effect of being laid off for two years Cuevas knocked the tar out ofNicolas Pablo Damario, Buenos Aires, Argentina over six rounds. Punctuating a solid performance Cuevas, 144 Lbs., dropped Damario,143 Lbs., with a right to the chin in round five. All scorekeepers saw it 60-53 for Cuevas. Cuevas is now 14-1 10 Ko’s. Demario’s heads home with a record 16-7 10 Ko’s.
Interestingly Demario entered the ring to the theme of the movie “The Godfather”. All my years around the sport I have never heard that melody used by a boxer. Veteran cutman and mob historian Joey Eye, also stated it was a first for himself.
The event was held at The Fillmore Theater. The Fillmore is a small venue that has a balcony and two bars serving booze ringside. Roughly just over six hundred spectators wet their beaks and enjoyed the night’s festivities. 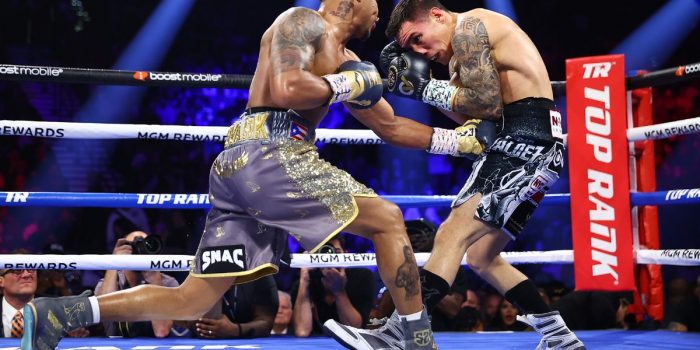 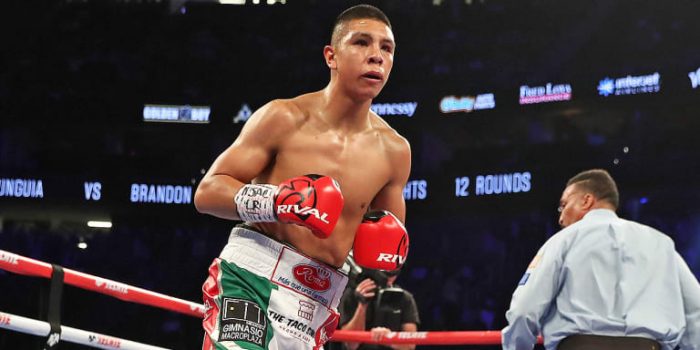 Jaime Munguia did what many expected in his initial outing at 160 pounds. The first...