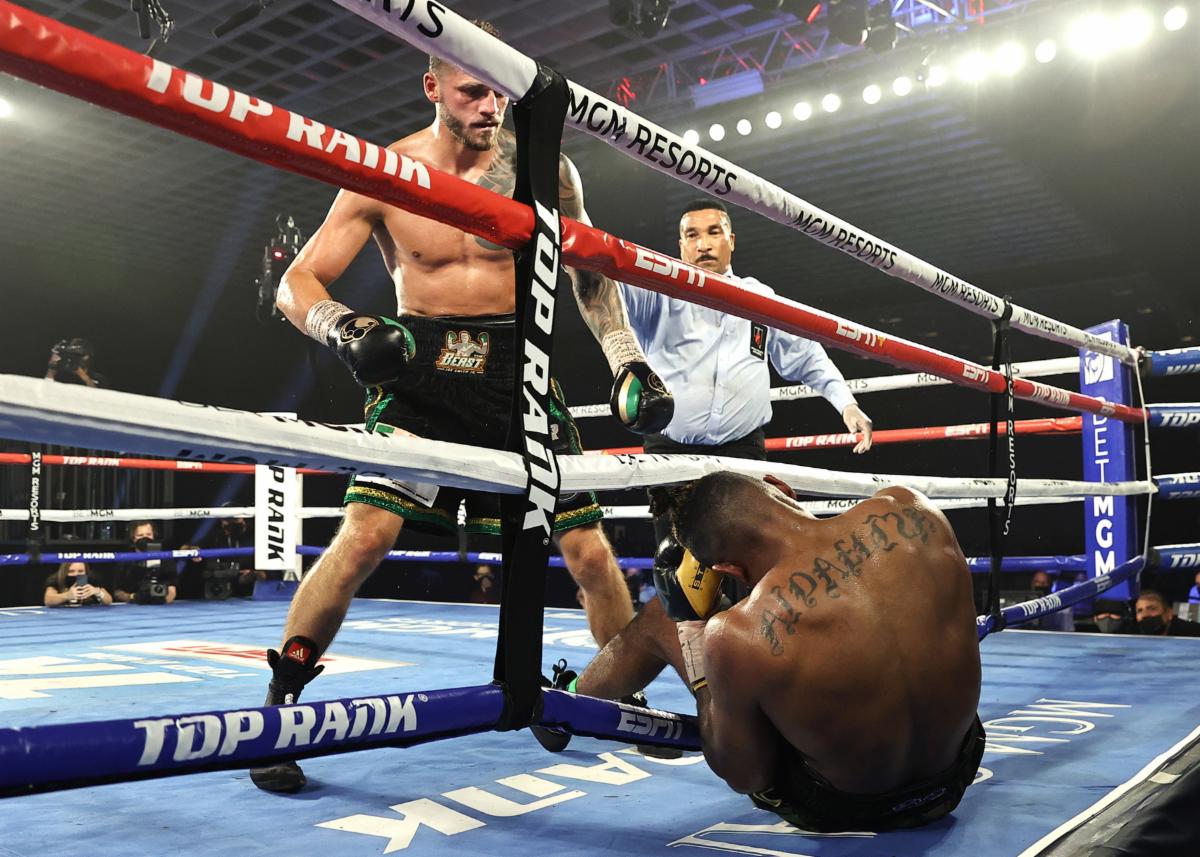 The Beast beats The Storm

08/23/2020 Boxing Action Magazine Headline News
Sunday August 23, 2020 (Las Vegas, NV)
JOE “THE BEAST” SMITH JR.‘s (now 26-3 21KO’s) WBO Light Heavyweight World Title Eliminator against ELEIDER “STORM” ALVAREZ (now 25-2 13KO’s) on ESPN+, ended in absolutely thrilling fashion, last night, as the upset minded Smith Jr. strapped up his boots, clocked in, and went to work. A devastating 9th round knockout sent the former world champion through the bottom two ropes, landing on the ring apron. On this night, the Long Islander known affectionately as the “Common Man,” was anything but.
After controlling the action from the first round on, with a lethal jab and thudding, powerful shots, Smith Jr. mixed his attack in the middle rounds landing to the body as well.

After relentlessly battering Alvarez round after round, Smith threw a  missile, straight right hand down the pipe, followed by a stinging power jab.  The combo obliterated Alvarez, sending him through the ropes and onto the ring apron, reminiscent of Smith Jr.’s incredible 2016 knockout, when he launched legend Bernard Hopkins straight through the ropes and on to the Forum floor.  The knockout last night came 26 seconds into the 9th-round.

The game plan from both fighters was clear from the start. Alvarez was looking to counter the aggression of Smith Jr., while Smith Jr. was looking to pressure Alvarez, until he could not take it anymore.
“I stopped a former world champion who’s never been stopped before,” said Smith after the fight, “And I proved that I can box very well, and still get the knockout. I watched tape of him and I seen if you give him pressure, he starts to lay back a little bit and get a little too comfortable and relaxed. So, I just wanted to keep my jab in his face and stay busy. That was the game plan, and we stuck to it.”
At the time of the stoppage Smith Jr. was leading on all three cards, 80-72, 79-73 (x2). CompuBox credited Smith with landing 54 more punches and throwing 194 more punches than Alvarez, at the time of the stoppage. Smith will now face the winner of Maksim Vlasov vs Umar Salamov for the vacant WBO Light Heavyweight Championship of the World.
CEO of Star Boxing JOE DEGUARDIA had this to say about Smith Jr.’s impressive performance, “What a spectacular performance and knockout finish by Joe Smith Jr.  It is truly special watching him fight. He is the epitome of hard work, grit and determination, and makes all of us at Star Boxing proud. I have spent my life in boxing, yet I yell and jump from my seat watching him fight, he truly is exciting to watch. Congratulations to him and the entire team on a phenomenal performance.”
Share: 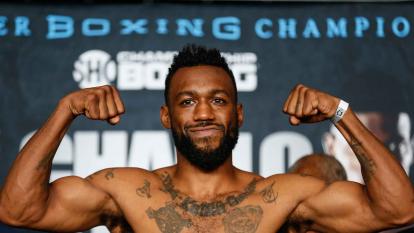 Austin Trout Gears Up For One Last Run

By Michael Rosenthal The former World Super Welterweight Champion believes he has one last title... 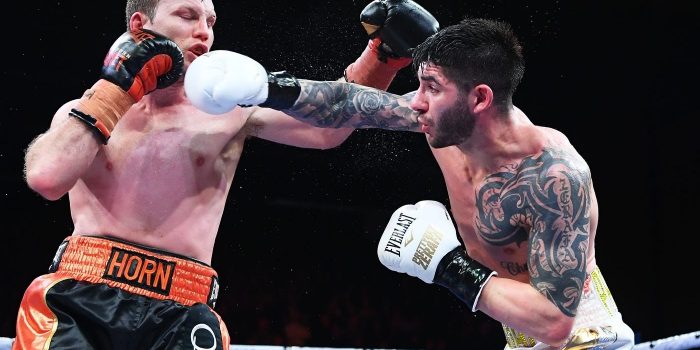 By Scott Christ Just over two years ago, Jeff Horn stunned the boxing world with...