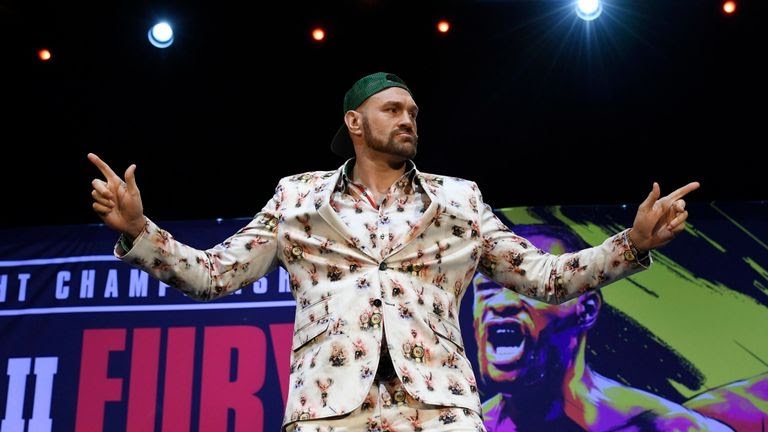 The rivals went face to face on Monday night in Los Angeles at a press conference ahead of their rematch on February 22 where Wilder will again defend his WBC heavyweight championship, to settle the score after Fury climbed off the canvas in the 12th round of their first fight to secure a draw.

Fury has replaced former trainer Ben Davison with Sugarhill Steward for next month’s fight, and warned Wilder: “I’m looking for the knockout. It’s clear I won’t get a decision in the United States.

“That’s why I’ve employed the Kronk trainer who specialises in sitting down on the right hand. Look at all the Kronk fighters, Wladimir Klitschko even, they look for the big right hand.

“I’m not looking for herky-jerky. I want him to meet me dead-centre of the ring, let’s have a slug-fest. Best man stands, loser goes down. I’ve got 20 knockouts in 29 wins. He knows he was rocked two or three times in the first fight but I never had the gas to finish him.

“I want to meet him mano a mano. I won’t run. You won’t have to look for me. You’re going down in two rounds. Two! He’s getting knocked out in two rounds. Laugh about it now but when you’re on your back, looking up at me?

“If I’m stupid enough to get hit by that stupid right hand then I deserve to get knocked out. He knows he’s not messing with a quitter. To beat Tyson Fury you have to nail him to the canvas and if he can’t do that, I’ll eat him up.

“The consensus is that either he knocks me out, or I win on points. Usually when people have that opinion it goes the other way around.”

Since their draw, Wilder has emphatically knocked out Dominic Breazeale and Luis Ortiz. Fury has stopped Tom Schwarz and outpointed Otto Wallin.

Wilder said: “We had two warm-ups – mine were more dangerous, he kept it safe in the playground. I went to the mountain top. Two different fighters.

“One just wants to survive. Me? I’m building for legacy. He has no belt except for the one that holds his pants up.

“That lineal stuff ends on February 22. He needs validation, motivation to feel like he beat me, when he knows that he didn’t.

“Why so many trainers? He rotates trainer like he does his draws! I’ve got the same people – you don’t see me firing nobody, or taking anyone on.

“When you have power, there’s no way around it. You can’t prepare for it. I gave this man a concussion the first time, he doesn’t know how he went down or how he got up.

“This is unfinished business that I will finish. I will knock him out. I’m the king of the jungle. I’ll rip his head off. I’ll knock him through the ropes.”

Fury, in a dashing suit and a backwards baseball cap, taunted Wilder: “He’s got a puncher’s chance. He barely landed it last time. He’s got out of jail with his right hand a couple of times. It ain’t luck, but this time I won’t be there. I will be super slippery like a goldfish in a fishbowl.

“Best puncher in history? Longest reigning champion ever? When I face facts, when I beat him, it’s just another bum with a pair of gloves on, another man on the street as the Tyson Fury roadshow continues.”

TOWNEND ON CORDINA CLASH: “I’M EXPECTING HIM TO RUN”

Andy Townend says he is expecting Joe Cordina to “run” when they meet for the... 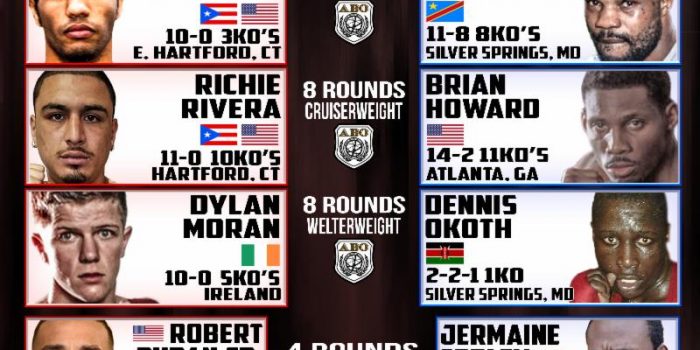 Monday, June 24, 2019 Star Boxing is pleased to announce the card for CATSKILLS CLASH at Resorts...