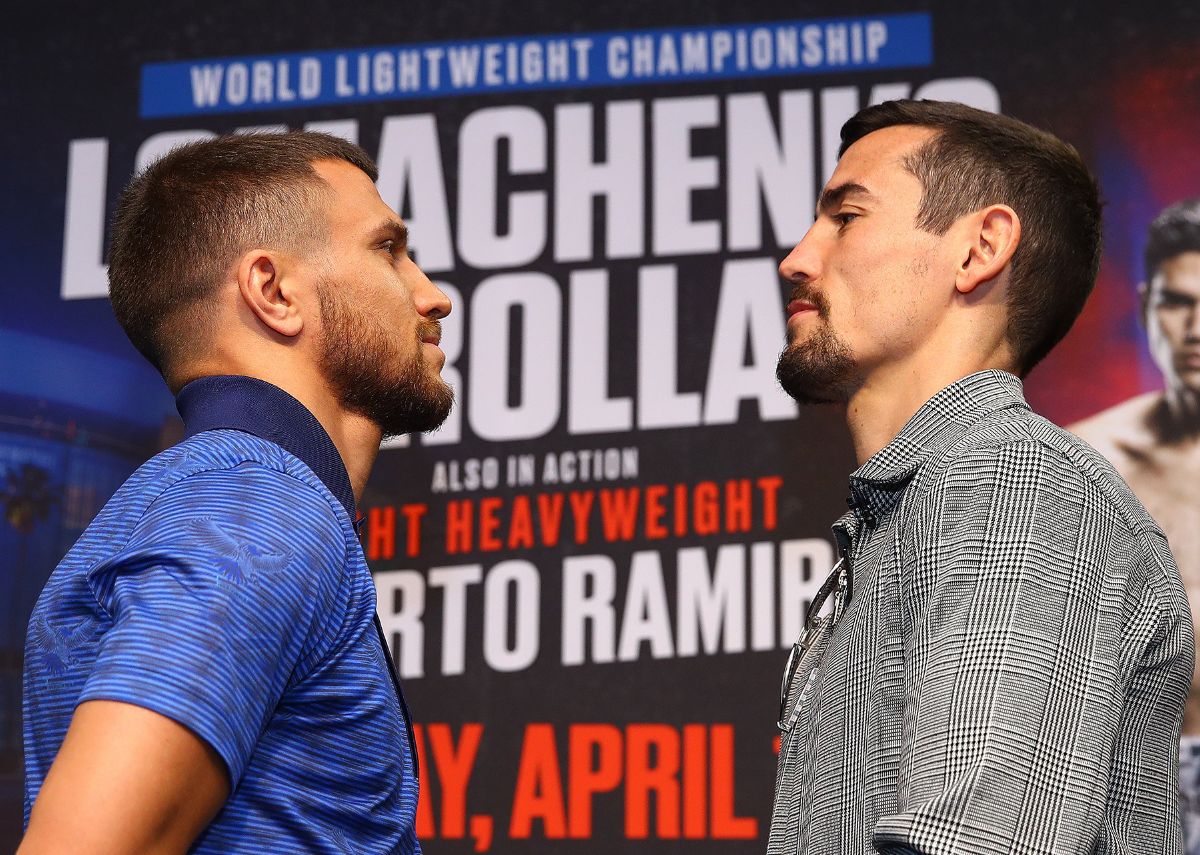 Lomachenko and Crolla faced off for the first time Wednesday at the final press conference two days before their STAPLES Center showdown, which will stream on ESPN+ starting at 11 p.m. EST/8 p.m. PST. In the co-feature, WBO super middleweight champion Gilberto “Zurdo” Ramirez will make his light heavyweight debut against Tommy Karpency in a 10-rounder.

And, in the featured bout on the undercard stream (ESPN+, 8 p.m. EST/5 p.m. PST), former 140-pound world champion Mike Alvarado will take on the unbeaten Arnold Barboza Jr. in a 10-rounder.

This is what the fighters and Top Rank chairman Bob Arum had to say.

“I saw his fights with Linares. Anthony Crolla has a very defensive style. I have my strategy, and I plan on showing it Friday night. I will find the key to his defense. I have to be aggressive and throw a lot of punches. I want to win and I don’t like to lose. That is my motivation. I always think about the fans and putting on a show in the ring.”

“I need two more belts to become undisputed champion. In my next fight, maybe I will unify with Richard Commey. Everyone asks me about Mikey Garcia, but can he make 135? If he vacates his belt, we will see what happens. If he can cut the weight, I’m ready.”

“I think this is going to be a very good and interesting fight, but I have to say that any Loma fight is worth watching. It’s the equivalent of watching Picasso do a painting. What a great thrill that would be. It’s a great thrill for people who love boxing to watch this guy fight. It’s something that’s unique. It’s something that we won’t see again for many years. All fans should come out and watch this because this is an artist at work.”

“We always knew the April 12 date was penciled in with the Top Rank team for {IBF lightweight champion} Richard Commey to fight Vasiliy. We also knew it was a very quick turnaround from the Commey-Isa Chaniev fight {on Feb. 2}. I was watching it, and people think I had only seven weeks’ notice, but {trainer} Joe {Gallagher} always stresses the importance of staying in the gym, staying ready. A lot of people think to have only seven weeks to prepare for a guy like Lomachenko isn’t long, but we had a full 12-week camp just in case this popped up. And, lo and behold, after Commey stopped Chaniev, we saw an interview after the fight and his hand was wrapped up. And we thought, ‘Oh, there’s a chance of this happening. I’m thankful for the opportunity, like {Matchroom Boxing promoter Eddie Hearn} said. And I prepared the best I possibly can. I’m in, without a doubt, the best shape of my life physically and mentally. That’s what it should be in a fight like this.”

“I’ve been loving it over here. I’ve trained here lots of times in the Wild Card and boxed in Las Vegas, but never in LA, so it’s brilliant to be fighting here.”

“This would be the pinnacle of my career and then some. I think we’ll see a bit of everything on the night. I know I am prepared to leave everything in the ring. I’ve got fans, family, friends and gym mates coming to LA to cheer for me and that just spurs me on even more.”

“I feel very blessed for all that’s happened. It’s the right moment for me in my career. I am grateful.”

“I can’t wait to put on a great show at STAPLES Center. I’m ready to show the fans what I bring to the ring.”

“I know Tommy is an experienced guy, but if Bob gives me a big fight with Callum Smith at 168, I can make the weight. That would be a fantastic fight.”

“Any fight at this level, this is the best in boxing. It can catapult you to whatever. Options are endless {after} winning a fight like this. I’m really not looking past this. These are elite guys all around, so beating him is like beating a world champion from any other division. It’ll be a huge win and a huge opportunity.”

“We know what Mike brings. I think his time has passed. It’s my time now. Friday night, you’re going to see what we’ve been working on. We’re going to showcase our skills.”

“This fight is everything to me. A win over Alvarado will assure me that I belong with the top guys. We’re ready to go on Friday.”

“I’m not getting caught up in the moment. At the end of the day, I’m here for business. We can worry about that after.”

On his comeback to boxing after overcoming personal issues

“After God reinvented me and gave me another opportunity {at a} shot at peace, I could’ve never thought {I’d be here}, but being here makes sense. I was born, and I was meant to be here. I’m here, and I’m giving it another shot. I’m going after it.”

On if a win would lead to a world title shot

“I know getting past Barboza would open the doors up and would catapult me to that next level. I’m excited, and I’m focused, and I’ve been working hard. I had great preparation, so everyone will find out. Friday night.”

“It’s going to be a good fight. We’re going to put on a good show.” 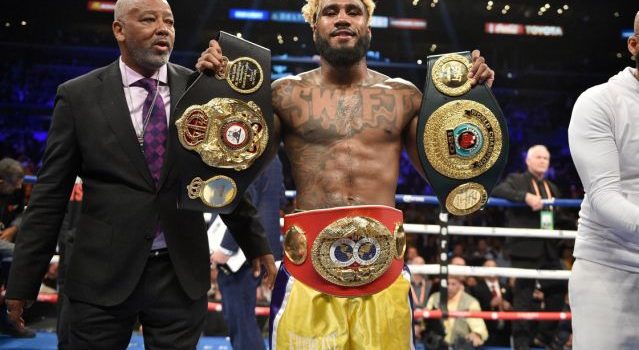 Fan-friendly Jarrett Hurd wants to make it a one-sided fight vs. Julian Williams

By Kevin Iole   There is nothing logical or sane about boxing matchmaking. The fights... 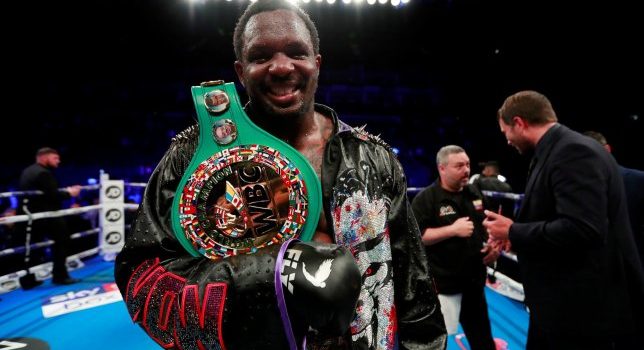 Hearn: Give Whyte A Chance

By James Dielhenn Dillian Whyte is "working to make sure his name is cleared and the...