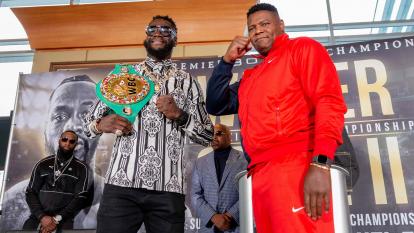 Wilder vs. Ortiz: The Sequel

Pacino and DeNiro. Rakim and Nas. One. Put two of the best in anything together and most you’ll likely end up with a classic.

In March 2018, Deontay Wilder and Luis Ortiztraded power shots in a fight that had the crowd at Brooklyn’s Barclays Center on their feet, the collective roar of the 14,069 felt in the Escape Room across Flatbush Avenue.

Wilder dropped the bigger bombs that night, but Ortiz landed enough of his artillery to be hopeful – confident even – that he can turn the tables the second time around. Though Wilder opened as a favorite to repeat, think twice before placing a lay bet on Ortiz. Even the “boxing guy” at bookies.com, Kelsey McCarson, tells us that “backing Ortiz isn’t a bad bet.” History agrees.

The very first fight I watched, which I remember perfectly, I learned that there is no such thing as a sure thing. It was the year I got a new television, a Christmas gift that, like all the expensive gifts, I shared with my brother. On a little black-and-white Zenith, I watched Leon Spinks outwork Muhammad Ali. A few months later, like he had done against Joe Frazier and Ken Norton, Ali settled the score.

Ortiz hopes to do the same. He’s in better shape this time, assuring fans that he won’t run out of gas this time. Ortiz isn’t letting the result in the first fight affect him. As Nas said in his song, Classic, “Let me see you do the same thing twice.”

Like Holyfield against Bowe, Patterson with Johansson, Louis with Schmeling, and Jersey Joe Walcott against Ezzard Charles, Ortiz is using the result of the first fight as motivation. It can happen.

Like it did during the first championship fight I attended live.

That night, about six of us, including someone who had once beaten Jose “The Threat” Baret, crammed into the subway and headed to Madison Square Garden to watch Juan LaPorte challenge Julio Cesar Chavez.

The main event that night was a rematch between Tim Witherspoon and James Smith. Since Witherspoon won their first fight handily, the crowd thinned out a bit after the Chavez fight. We made our way down to ringside just in time to see “Bonecrusher” Smith show once again, by stopping a reluctant Witherspoon in less than a round, that sometimes, often, you can come back and dance with the devil who beat you.

To join the ranks of Ali, Holyfield, and Lennox Lewis against Rahman, Luis Ortiz must survive one of the fiercest right hands the division has seen. Since I’ve been watching boxing, aside from a young Mike Tyson, and about three or four big right hands by Earnie Shavers, Wilder has been the most dynamic puncher in the division, having proven his power is up there with the spear of Achilles.

Wilder is looking to rely on that power again. It’s what bailed him out in the first Ortiz fight, and it salvaged a draw for him against Tyson Fury. It worked for George Foreman and Sonny Liston and for Rocky Marciano too when they turned back the challenges of those bold enough to face them twice.

Will it work for Wilder?

Or can Ortiz turn back the clock enough to find that stamina that he says escaped him during their first fight?

Perhaps he’s found that magic water that was rumored to be in either Cuba or Florida, two places he has called home. That place that Rakim rapped about in the same Classic song as Nas, where he tells us that, “Age don’t count in the booth when your flow stays submerged in the fountain of youth.”

Forty years after watching Spinks and Ali trade wins, using a pair of pliers where the knob used to be, I can still turn the old Zenith on. But the reception is no longer what it used to be, even when I stick the antenna wire out the window and wrap it around the fire escape, like we did that snowy night when Leon Spinks shocked the boxing world. Everything has a weakness. Even Achilles.

If Ortiz can avoid Wilder’s spear, maybe he can find his heel. 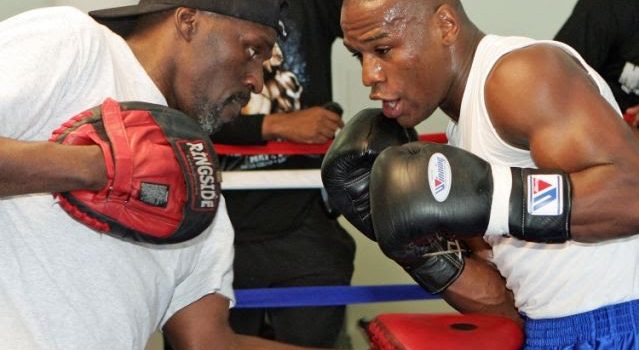 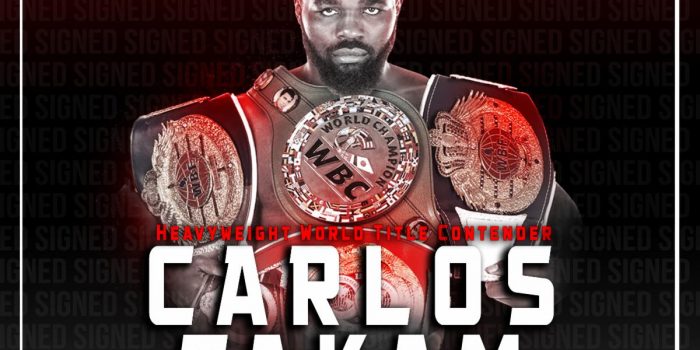 "I HAVE BIG AMBITION IN BOXING IN THESE COMING YEARS"  - CARLOS TAKAM New York,...