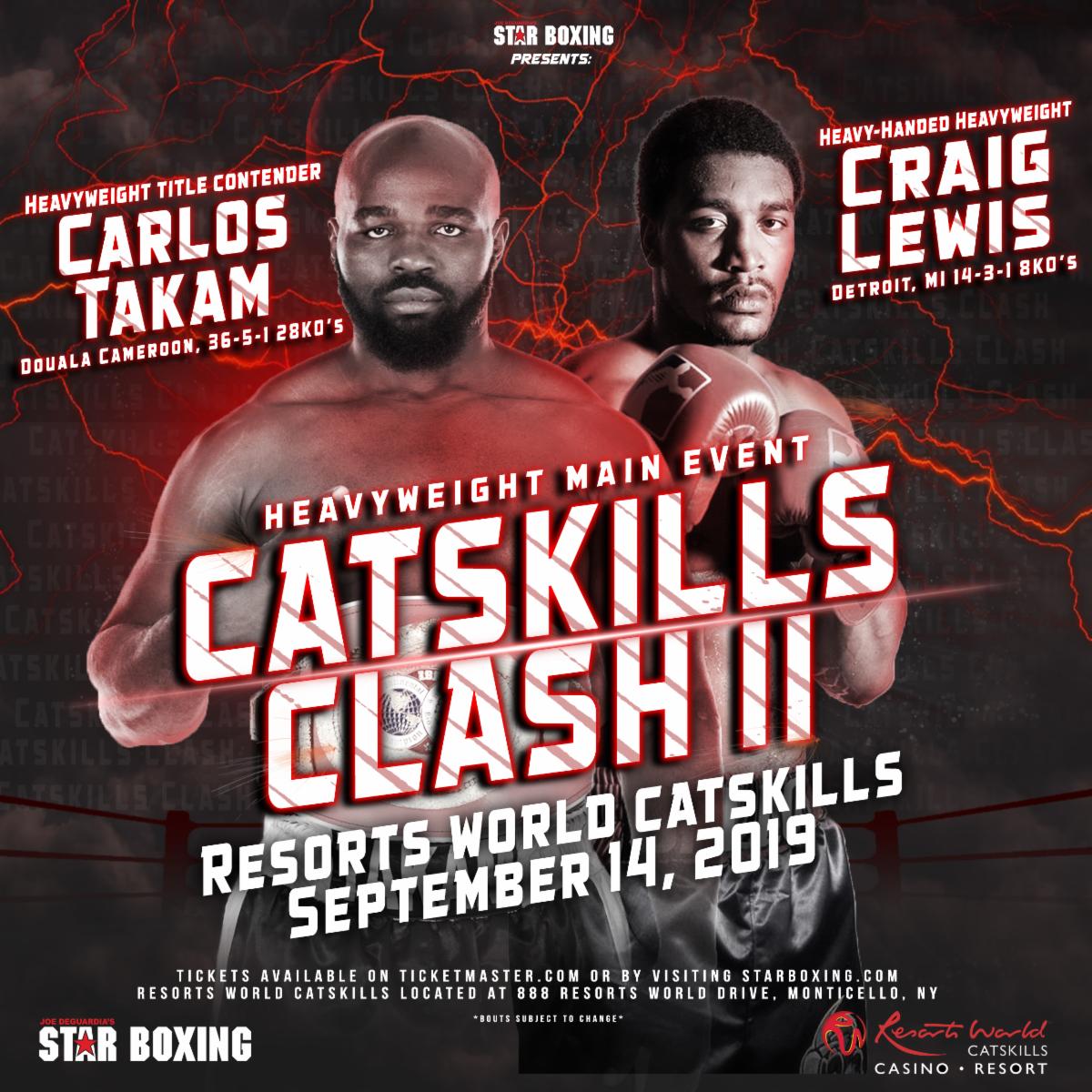 09/03/2019 Boxing Action Magazine Headline News
New York, September 3, 2019
Star Boxing’s newest star, heavyweight world title challenger, CARLOS TAKAM (36-5-1, 28 KO) has been added to the September 14 “Catskills Clash II” at Resorts World Catskills in Monticello, New York.  Takam will headline an already fantastic card, with featured bouts by New England’s top undefeated prospects, “ACTION” ANTHONY LAUREANO (E. Hartford, CT 11-0 4KO’s) and light heavyweight,  RICHIE “POPEYE THE SAILOR MAN” RIVERA (Hartford, CT 12-0 10KO’s).
Takam’s global fan base last saw the strong heavyweight in December of 2018, when he defeated respected German prospect, SENAD GASHI (then 17-1 17KO’s) at the 02 Arena in the UK.  Takam was scheduled to fight undisputed cruiserweight champion, OLEKSANDR USYK (16-0 12KO’s) this past May but Usyk pulled out of that fight with an injury.  The Usyk fight was not rescheduled so Takam will forge his own path back to heavyweight supremacy, starting at Resorts World Catskills on September 14.
Now under a new trainer, DWIGHT YARDE, and promoter, JOE DEGUARDIA,  Takam is poised to make a run at a heavyweight world title.  With a team by his side that is dedicated to giving him the right opportunities to be successful, the Cameroon born, French citizen has his sights set on being a fully prepared and dangerous version of himself, that the world has yet to see fully.
In the “Catskills Clash II” main event, Carlos Takam will take on, 6’5″ Detroit native, CRAIG LEWIS (14-3-1 8KO’s).  A sparring partner of WBC Heavyweight World champion, DEONTAY WILDER, Lewis is no stranger to working with the elite of the heavyweight division. Lewis is highly regarded veteran coming off a majority decision and close fights with two top prospects with combined record of 37-0 with 23 KO’s.  Lewis has never been stopped in his career.
Takam had this to say about the opportunity to fight in the United States for the first time, “For my return on September 14 at Resorts World Catskills, … I’m really excited.  USA is new for me.  I have to create my fan base there.  Only good job and humility can do this.  And I can tell you, I’m ready to satisfy USA boxing fans as I did in Africa, in Europe and elsewhere before.  No doubt, I am ready to do the Job.”
Trainer, DWIGHT YARDE, had this to say about the next step in Carlos’ career, “The fans can expect a new and rejuvenated Carlos Takam, in the best shape of his life and more determined and focused on his boxing.  With regards to coming to America, this will enable Carlos to fight on an even playing field on his quest to become a heavyweight champion, while showcasing his skills to the American audience.”
Star Boxing Promoter, JOE DEGUARDIA, said this about Carlos’ return on September 14, “Carlos is ready to fight, anywhere, anytime.  With the team we have assembled around him, and the opportunity to bring him to the United States for the first time, I know the American fans will be thrilled to see elite level heavyweight action at Resorts World Catskills.”  DeGuardia continued, “we are excited and plan on bringing Carlos the biggest and best opportunities on the path to a world heavyweight championship opportunity.”
Share: 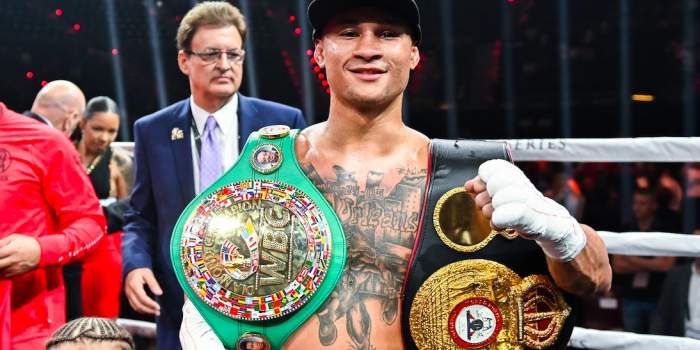 PROGRAIS: IT WAS DESTINY TO FACE TAYLOR IN ALI TROPHY FINAL 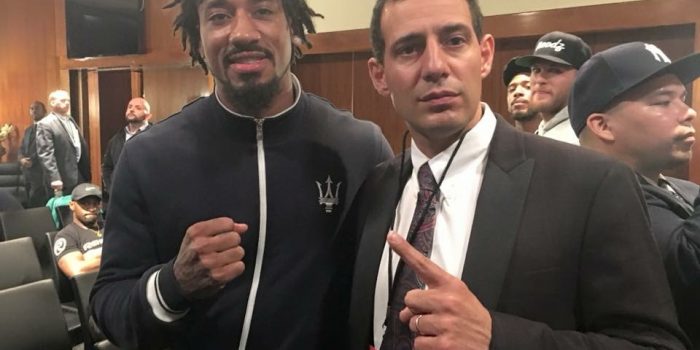