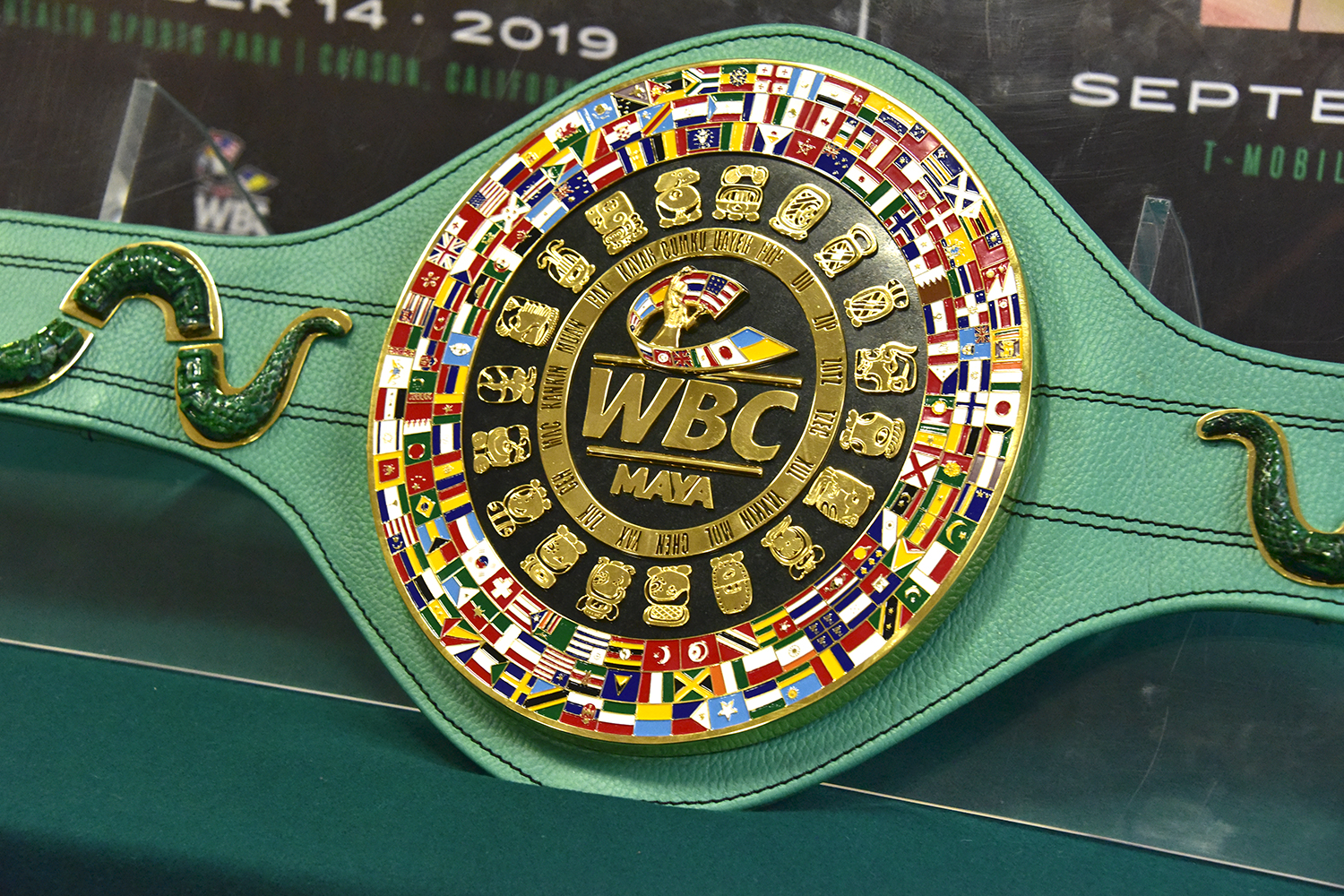 Two Edition Two Maya Belts will be up for grabs in the fights between Jaime Munguia Vs Patrick Allotey  in Carson, California and on the very same night of September 14th with Tyson Fury Vs Otto Wallin in Las Vegas, and the World Boxing made the announcement in the epicenter of hard knocks…The Chamber of Deputies in the heart of Mexico City.

Due to political protests and demonstrations in Mexico City, concerning entirely different issues, the giant building which is ringed by a large pillars of steel, was inaccessible for quite some time.  So everyone endured a long wait, but it was worth the broiling couple of hours with a building weight of expectation until the “Floodgates” finally opened.

Three dancers in traditional costumes with giant feathered headresses and skull face makeup did a war dance to the beat of the drum, and WBC President Mauricio Sulaiman was flanked by Federal Deputies.  In presenting the twin belts which have  taken six painstaking months to create from gold jade and other semi precious stones and ceramics, melded with special resin in the design of serpents. These works of art were displayed by superstar champion Ana Maria Torres and female bantamweight Champion Mariana Juarez.

Mauricio explained that the WBC Board of Governors had been tied in votes for which fight most deserved this special status, so both had been chosen.

Mauricio also said: “This is a very significant event. Congressmen have joined us and they themselves get into the political ring, with their shares of blows in their day to day work. I feel very honored to have our Boxing Community along with the Congressmen and Congresswomen in a very special ceremony for the Mayan Belts.

“These belts are tremendous works of art which has Mexico`s heart in it. And whoever wins them will take them home and cherish them for the rest of their lives. It is a piece of history for Eternity.

“The Governors` choice was a draw, but no instant replay needed in this one. And we feel it`s only fair to award two different belts to two different cards.” 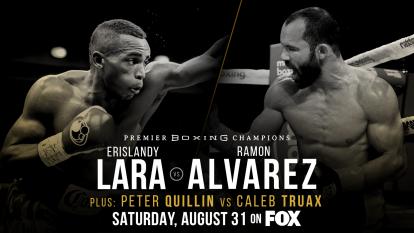 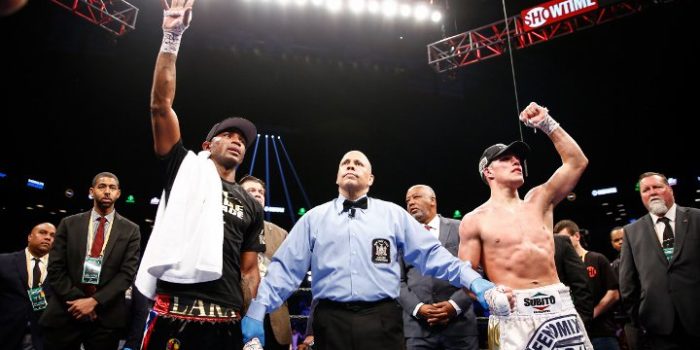