The two-time world champion remains undefeated with a breathtaking display in front of hometown fans in Phoenix, stopping Davis in seven rounds Saturday night on PBC on SHOWTIME.

Benavídez auditioned for Álvarez in his backyard of Phoenix with a seventh-round stoppage victory over tough late-replacement Kyrone Davis Saturday night at Footprint Center, live on on PBC on SHOWTIME.

“Everybody wants to see me against Canelo, right?” Benavídez said. “I don’t care what his assessment of my fight is but they keep putting these contenders in front of me. My last fight was a WBC Title Eliminator and that’s why I’m here holding my belts. They need to give me the opportunity. I’ll go through anybody. Whoever they want me to go through. If (Jermall) Charlo wants it, he can get it too. But he doesn’t want to get in the ring with me.”

Benavidez used his height (6-foot ½ to 5-10) and reach (74½ to 73) advantage over Davis with great effectiveness in the opening round. He patiently stalked the smaller, faster Davis, jabbing at his midsection, and occasionally landing a shot up top.

In the second, Benavidez (25-0, 22 KOs) polished off Davis against the ropes, only to have Davis shove him off in the last :10 of the round. In the third, a Benavidez left hook to the body got Davis’ attention, and by the sixth, Benavidez looked like he was in the brink of being stopped.

“That was a great performance on my end,” Benavidez said. “A lot of courage by Kyrone. A lot of respect to him and his team. He’s a tough dude. I came out here to give the fans a good fight and we both left it all out in the ring.”

In the last half to the sixth, Benavidez had Davis (16-3-1, 6 KOs) trapped against the ropes, taking left hooks to the body, and right uppercuts. Davis tried to fire back, though didn’t have the firepower to keep Benavidez off of him.

“It was tough but the thing about me is that I have so much conditioning that I’m going to keep going until he eventually stops,” Benavidez said. “That’s what eventually happens. They tend to give up. I know that I don’t have that one-punch knockout power but I’m going to be ready to get you every single round.

Between the sixth and seventh round, Davis’ trainer, Stephen “Breadman” Edwards gave Davis another round, fearful he was taking too much punishment. “If you don’t give me more this round, I’m going to stop the fight, I can’t watch you get hurt,” Edwards told him.

Davis was promptly greeted by a Benavidez left hook to the body in the seventh. With 2:20 left in the round, Benavidez plowed a series of body shots off of Davis’ ribs and midsection.

By then, Edwards saw enough and wisely threw in the towel to end it at :48 of the seventh.

“I feel okay,” Davis said. “I’m a little disappointed. I wish I could have pulled out the victory. I don’t like losing. I came in on two weeks’ notice. Shame on Uzcategui for being on steroids. I had to come in on short notice but I fought like a warrior.

“I’m living my dream. I love coming out here and putting on a great show. Fighting is in my blood. I was raised like this. When they called me and said I’d be fighting one of the top dudes in the division, how the hell am I going to pass that up? I came out here and fought my ass off and I did the best that I could. Maybe one time we can do it again.

“[Breadman] is my guy. I’m upset, but not at him. If he wanted to stop the fight and protect me, I understand. This is like my second father.” 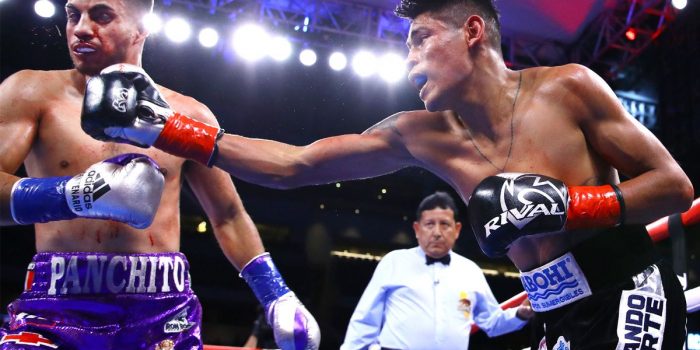 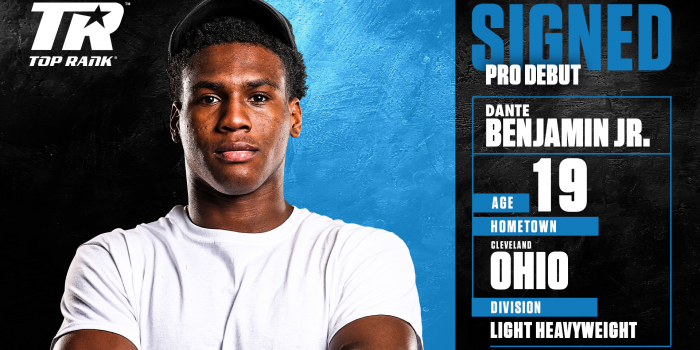