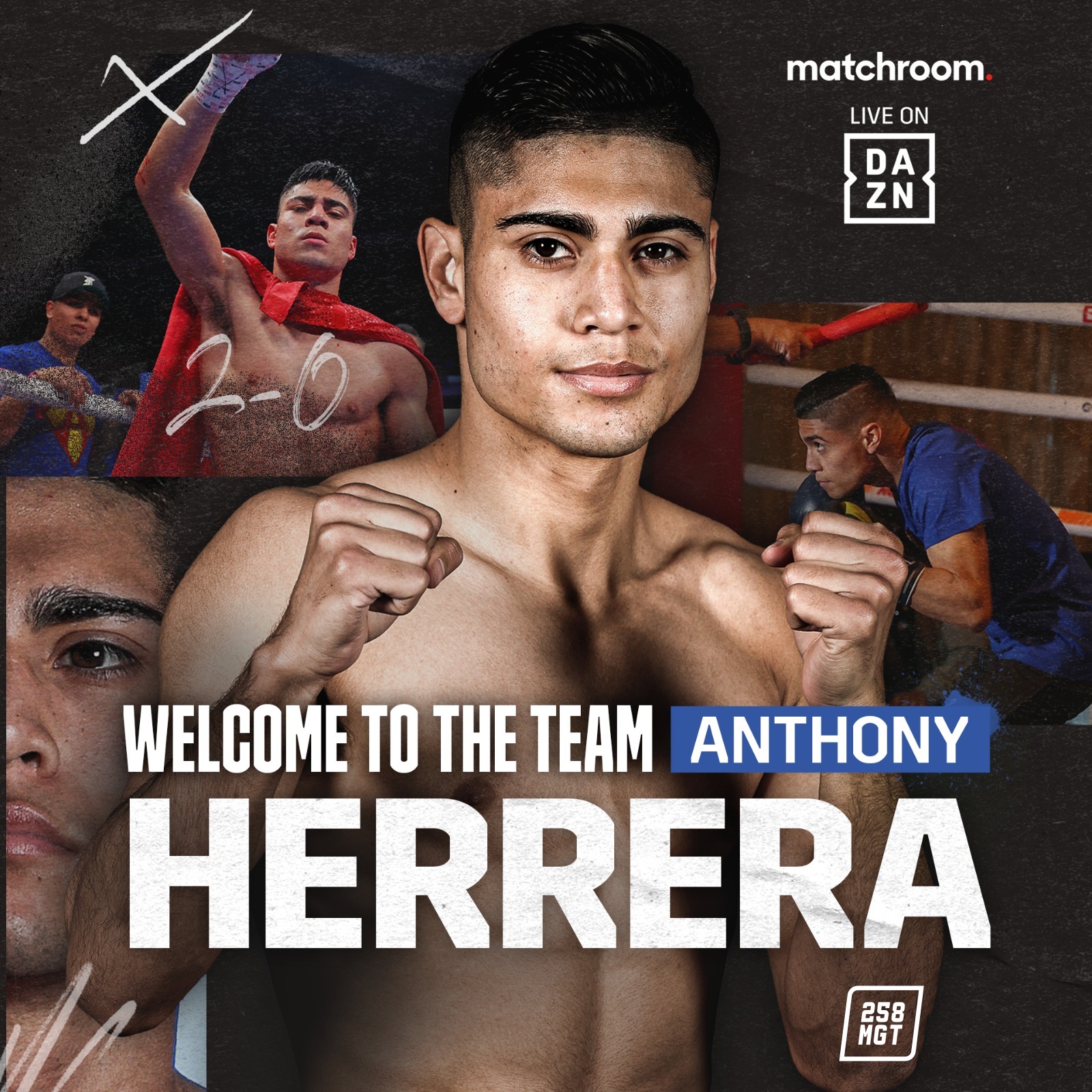 05/20/2022 Boxing Action Magazine Headline News
Herrera has signed a promotional deal with Eddie Hearn and Matchroom and returns to action on June 10 in at the Arena Alcalde in Guadalajara, Mexico, live worldwide on DAZN, in the latest installment of Matchroom and DAZN’s fight series in Mexico, in association with Canelo Promotions and Clase Y Talento.
Herrera has won his first two fights in the paid ranks, starting in New York with a second round stoppage win on the undercard of the Lightweight unification clash between Teofimo Lopez and George Kambosos in November, and then made it two stoppage wins from two in San Diego in March as part of the supporting cast of the Roman ‘Chocolatito’ Gonzalez vs. Julio Cesar Martinez battle.

The Los Angeles talent now faces Kennyn Valenzuela (5-2 4 KOs) in his first six rounder and the 21 year old is excited for his future under the guidance of Hearn, trainer/manager Manny Robles and the management company 258 MGT.

“Eddie is a great promoter,” said Herrera. “Matchroom was my first choice out of all the promoters. Eddie keeps his fighters very active; he puts on exciting shows all over the world. He promotes different types of fighters such as women and fighters in multiple weight categories. A very honest and fair promoter that offers huge opportunities on the biggest stages of boxing.

“My goals for 2022 would be to expand my following and fanbase, fight on the biggest cards of the year, dominate in every fight, and become prospect of the year for 2022

“I am excited to fight on huge cards and be showcased to different audiences in different countries. I have a fan-friendly style that can be enjoyed and look forward to new experiences fighting in venues and stadiums.

“I am honored to work with Manny Robles and be co-managed by 258 MGT. Under their direction I am confident that I will be making the most optimal choices in my career.”

“On behalf of Manuel Robles (LBA Management) It is an honor and a privilege for me to be managing the career of Anthony Herrera, alongside 258 MGT and having Anthony’s career be promoted by who I consider one of the best Promoter’s in the world, Eddie Hearn,” said Robles.

“Anthony is such an exciting talent, and I am delighted he’s signed with us,” said Hearn. “Anthony has a great team around him with Manny, 258 MGT and Matchroom, he wants to stay busy, and we will be doing that, taking him around America, Mexico and beyond on a journey to the very top.”

“We are delighted to be working with Anthony alongside Manny,” said 258 MGT. “We have been monitoring him for some time now and he clearly has the pedigree and potential to be a future World Champion but also the charisma and personality to be a star outside of it. With the right guidance and progression, we think we have a real star of the future in Anthony, and we believe there is no better place for him to recognize all this potential than with Matchroom and DAZN.”

Herrera’s showing in Mexico is part of a stacked card in Mexico, headlined by a World title double-header as WBA Super and Ring Magazine World Light-Flyweight champion Hiroto Kyoguchi defending his straps against Esteban Bermudez and Mayerlin Rivas putting her WBA World Super-Bantamweight title on the line against Isis Vargas Perez.

Jorge Castaneda and Eduardo Hernandez meet for the WBC International Super-Featherweight title in a huge fight for the division, Diego Pacheco (14-0 11 KOs) continues to be a must-watch talent and the 21 year old ticks off another major milestone as he stretches his legs over the ten round distance for the first time against Raul Ortega (10-2 7 KOs), Aaron Aponte fights for the sixth time in the paid ranks against Leo Leon Martinez (2-1 2 KOs) and there’s more fights to be added soon. 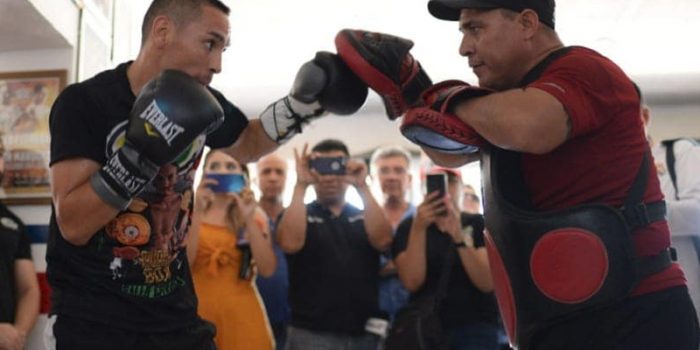 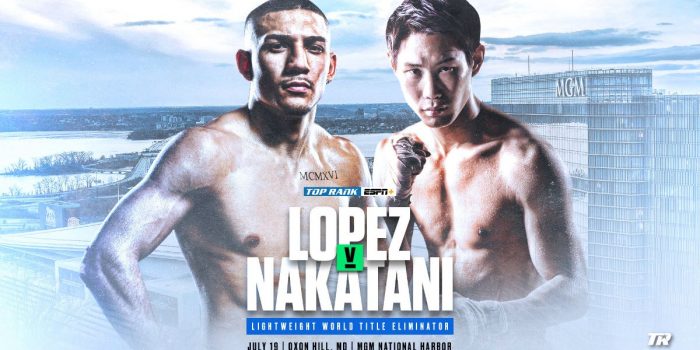