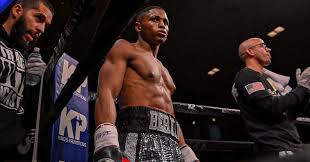 James Bernadin Gets win in Philly

FRANK BARTOLINI RINGSIDE 2300 ARENA, PHILADELPHIA, PA 5/21/22
Marshall Kaufman’s King’s Promotion staged a four bout card on Friday night at the 2300 Arena in Philadelphia that featured James Bernadin of Lancaster, PA, annihilation of Kenny Robles of Staten Island, New York to obtain a unanimous eight round decision.
Approximately 750 fans came to watch fights that defined how quality instead of quanity will always send the consumer home satisfied.
The main event showcased Bernadin, an undefeated fighter with less than ten fights and a Robles, ticket selling prospect. Robles,138.8 lbs., started fast and was taking it to Bernadin the first two minutes of round one. From that point on it was all Bernadin. A dedicated body puncher Bernadin.138.9 lbs., continuously landed blows to the pit of Robles stomach while mixing in strikes to the sides of his foe’s torso. During the contest Bernadin was warned for low blows and this did not deter his comittment to attacking Robles midsection. Able to stay in the pocket and deflect punches, a confident Bernardin gained momentum by initiating his offense from that position. Although Robles was taking a shellacking he never stopped trying to change the course of action. The last three sessions Bernadin began stalking Robles, landing heavy wallops with both hands to the head. Finishing strong Bernadin stunned and rocked Robles scoring bombs off his cranium. Floundering around the ring Robles did all he could to finish the match on his feet.
All three judges had Bernadin by a large margin 79-73 by two judges and the third saw it 78-74. Bernadin is now 8-0-1 4 Ko’s. At 32 years old Robles must decide his next course of action, slipping to 9-2 3 Ko’s.
After witnessing Bernadin fight several times on the club circuit in eastern Pennsylvania, this scribe see’s a boxer who may get wild at times but with some fine tuning can advance in the junior welterweight ranks. Unbeknownst to the boxing community, Bernadin is one of the hottest professional prospects in Pennsylvania.
DiBella Sports and Entertainment promoted lightweight southpaw Victor Padilla of Williamstown, NJ improved to 10-0 9 Ko’s by stopping tough journeyman, Jesus Perz of Culiacan,Mexico at 1:53 of round three. Padilla, 136 Lbs., dropped Perez, 136 Lbs. in the second and third stanzas. Unable to rise after the second knock down, referee Eric Dali counted out the defeated battler . Perez’s record falls to below .500 at 13-14-1 7Ko’s. Padilla remains a perfect 10-0 9 Ko’s.
Two very skilled welterweights slugged it out in one of the best four round scraps a fan could ask for. Thanjhae Teasley, Allentown PA weighed in at 144.8 Lbs. and squeezed out a four round majority decision over Jetter Burgos, 145.8 Lbs., of Bronx NY. Judges’ scores were 39-37, 39-37 and 38-38.Burgess is now 1-1 0 Ko’s ,Staying undefeated Teasley slate is 3-0 2 Ko’s.
Light hitting Philadelphia, PA, native James Martin nearly pitched a shutout against Lukasz Barabasz, Mikolow, Poland to commence the evening. Winning by scores of 40-36, 40-36 and 39-37 . Scheduled to fight again on June 4th Martin, 156.5 lbs, is 8-3 0 Ko’s. Meanwhile Babasz slides to a dismal 1-4 1 Ko. 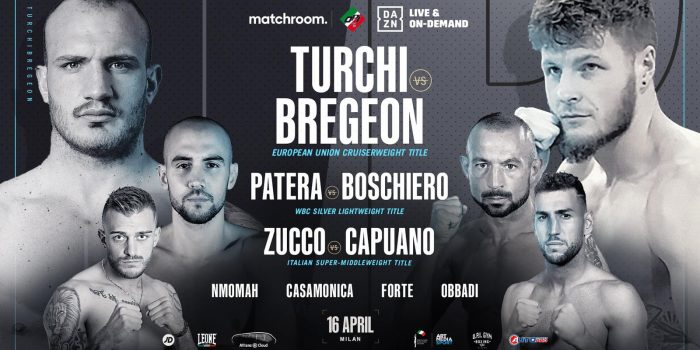 Matchroom and OPI Since 82 return to the Allianz Cloud in Milan on Friday April... 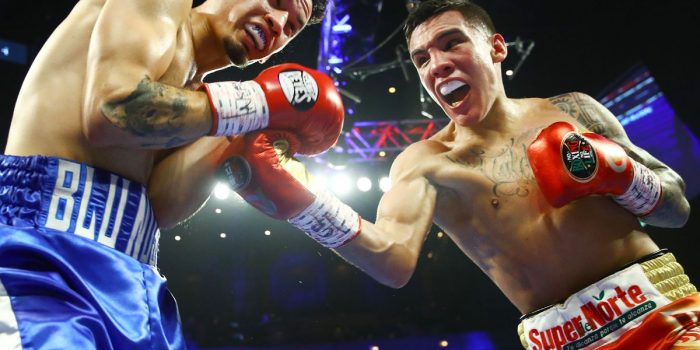 Oscar Valdez Gets Off Deck to KO Adam Lopez