“This is our tenth ‘Hollywood Fight Nights’ event at the AVALON and we couldn’t be more excited to work with Boxing Legend Roy Jones Jr. and his Team along with UFC FIGHT PASS to broadcast this action-packed event on their outstanding digital platform,” said Loeffler.

“Brian Ceballo is one of boxing’s top young stars fighting Brian Jones, a tough and durable opponent. In addition, the undercard is packed with many of Southern California’s top young prospects. We are expecting another sold-out event at the AVALON and encourage fans to purchase tickets quickly.”

The 25-year-old Ceballo had a busy schedule in 2019 with five victorious performances including three by knockout. The year was highlighted by a victory over previously undefeated Bakhtiyar Eyubov on June 8, 2019 at Madison Square Garden on the undercard of the Gennadiy Golovkin vs. Steve Rolls main event. Ceballo was also included in the ESPN 2019 Boxing’s Prospect of the Year list.

The upset minded Jones knocked out previously undefeated prospect Julian Sosa in the fifth round on August 3, 2019 in Brooklyn, NY. He looks to get back in the win column following a hard-fought decision loss to Anthony Laureano on September 14, 2019 in Catskill, NY.

Co-featured at ‘Hollywood Fight Nights’ in an outstanding featherweight clash, undefeated Adrian Montoya, (12-0, 10 KOs), of Sonora, Mexico returns to the AVALON in a six-rounder against Anthony Reyes, (12-1-1, 7 KOs), of San Diego, CA. The all-action 22-year-old Montoya, made his Southern California debut with an outstanding unanimous decision over previously unbeaten Humberto Rubalcava on October 27, 2019. Kicking off his 2020 campaign, Montoya knocked out Juan Gomez Torres in the second round on February 15 in Tijuana, Mexico. The 25-year-old Reyes returns to battle after a fourth- round knockout over Miguel Lopez on November 16, 2019 in Tijuana, Mexico.

In a six-round super flyweight bout, George ‘El Phantasma’ Navarro, (7-0-1, 3 KOs), of Los Angeles, CA faced Fernando Diaz, (5-1-1, 1 KO), of Bloomington, CA. The popular 21-year-old Navarro will be making his fifth straight appearance at ‘Hollywood Fight Nights’ in front of his army of fans. On October 27, 2019 he pitched a four-round unanimous decision over Nestor Ramos. The 19-year-old Diaz will be looking to bounce back into the win column after fighting to a six-round draw against Christian Negrete on June 29, 2019.

Flyweights will see action as Christian Robles, (4-0, 1 KO), of Los Angeles, CA faces Dilan ‘El Rey’ Miranda, (5-2, 4 KOs), of San Diego, CA in a scheduled four rounder. Fighting for the fourth time at ‘Hollywood Fight Nights’, the 23-year-old Robles returns after a four-round unanimous decision victory over Cesar Sustaita on October 27, 2019. The 24-year-old Miranda looks to stay in the win column, knocking out Ming Freeman on August 24, 2019 in the third round in Alpine, CA.

Popular light heavyweight Marco Deckmann, (3-1, 3 KOs), of North Hollywood, trained by Hall of Famer Freddie Roach, will look to bounce back from a valiant loss to Jamel Reynolds on October 27, 2019 at the AVALON. The native of Germany will face an opponent to be named for his scheduled four-rounder.

Super welterweight newcomer Arman Darchinyan, (1-0, 1 KO), of Los Angeles, CA, the nephew of former world champion Vic Darchinyan, will battle in a six-rounder against an opponent to be named. The 25-year-old former amateur standout in his home country of Armenia, was successful in his professional debut stopping Kendall Mayes-Taylor in the second round at the AVALON on October 27, 2019.

Opening the show in the super-flyweight division, John ‘Scappy’ Ramirez, of Los Angeles, CA will make his professional debut in a four-round bout against an opponent to be announced. 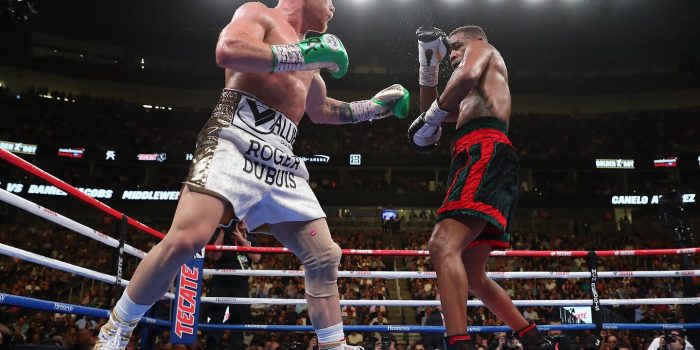 Canelo Alvarez vs Daniel Jacobs Alvarez comes in at 170 pounds this morning and Jacobs... 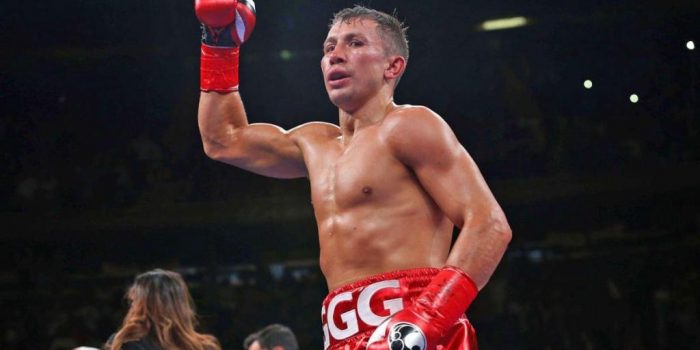 As promised in the beginning of the year, 2019 will be and is the biggest...