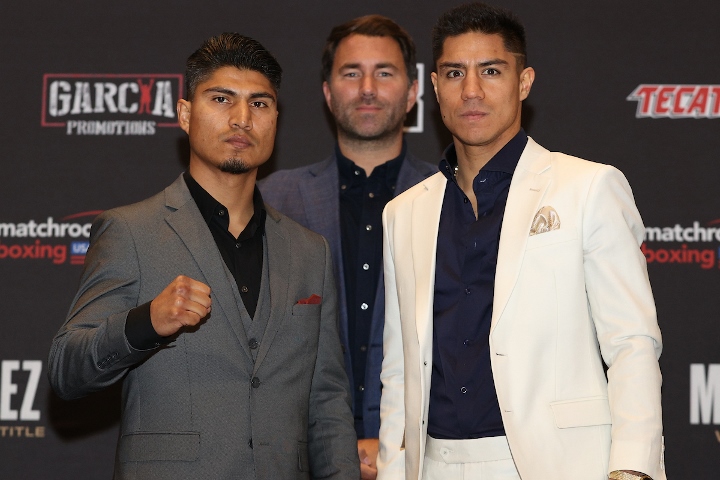 It’s hard to Top the excitement of Heavyweight World Champions fighting, like we had this past Saturday night in Vegas, but if anyone can do it, it’s Eddie Hearn’s Matchroom Boxing. Hearn loves to put together Monster Cards and this Saturday at The Star / Ford Center in Frisco, Texas – Be There or Be Square because The Fight of the Year is Going Down:

Mikey Garcia v Jessie Vargas  in a 12 Round Welterweight special attraction for a WBC Diamond Belt.

He’s What I see: My Fight Prediction

How The Fight Will Play Out:

The first round will be a feel out round with Garcia trying to steal the round by being a bit busier and Vargas being smart and conserving energy.

Will be a war with both guys getting bloody. Garcia will have some spectacular moments and hurt Vargas, but the bigger determined Vargas will weather the storm.

Vargas will come on very strong as Garcia would have stopped playing defense and the judges will be forced to give Vargas the championship rounds.

Garcia’s team will want to throw in the towel as Garcia at this point is completely gassed, but hold out hope for a decision. Vargas seals the fight in the 12th as the crowd goes crazy.

Fight of the Year!!!

Winner: Vargas by Split Decision & is The Diamond Belt Winner

Mikey Garcia failing to realize that he’s not a welterweight boxer will not only ruin his career and put him on the shelf for the rest of 2020, but will also disqualify him for a chance at the Manny Pacquiao sweepstakes happening this summer.

Also the Great Chocolatito will be back most likely reigning triumphant against undefeated super flyweight champion Kal Yafai.

Look for Gonzalez who is finally healthy and determined to do a job on Yafai similar to what Fury did to Wilder. Either the corner throws in the towel in round 7 or the referee will be forced to stoped the fight in 8, crowning Gonzalez champion and king once again.

Will Jessie make it A Long Night for Mikey? 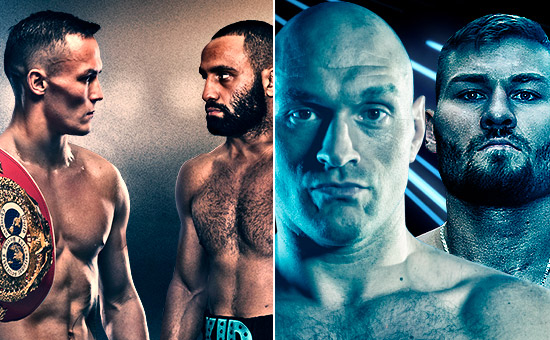 By Frank Warren FOR ARMCHAIR FIGHT fans there is only one place to be come... 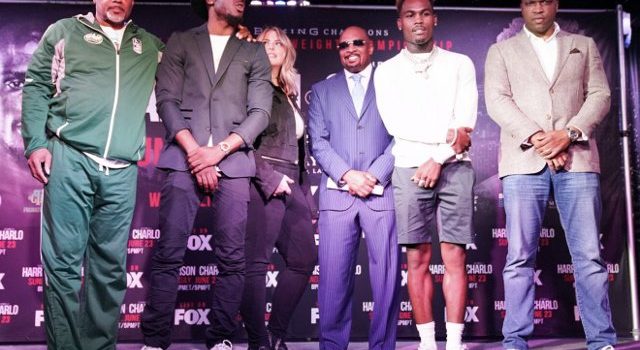