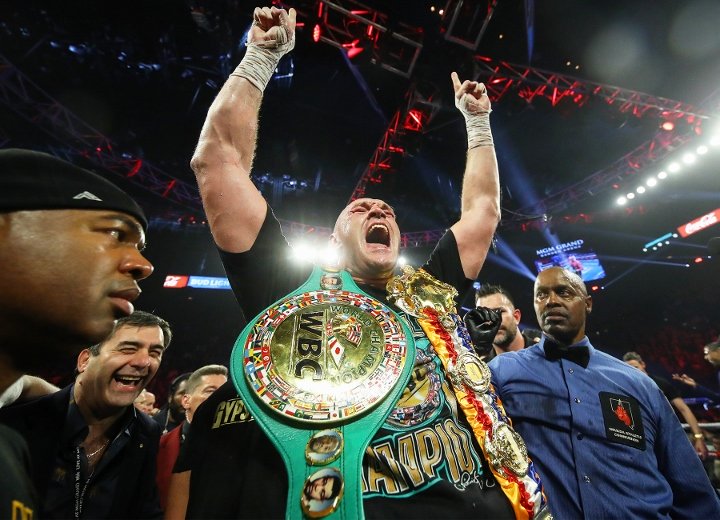 Time For Fury To Meet The Queen

Not since Muhammad Ali rumbled George Foreman in the jungle 46 years ago has there been such a seismic upset in boxing or indeed any other sport. The change of tactics forged by his switch to the famous Kronk Gym which saw Fury as the front foot aggressor during the seven rounds during which Wilder was floored twice and given a savage battering took everyone’s breath away, not least the Bronze Bomber’s.

After all Fury has never been an Olympian but now has he has again become a world heavyweight champion so it is up to Sir Hugh, who now heads the Sports Honours Committee, succeeding his BOA predecessor Lord Coe, to decide whether the most charismatic yet enigmatic of sports figures should be recommended for a gong. Or even a knighthood.

Sir Hugh, a boxing fan and former outstanding sports minister, is already rightly under pressure from the media to push for a knighthood for the football legend Jimmy Greaves, who had his 80th birthday recently and remains unhonoured.

Now there are certain to be calls for the 31-year-old Gypsy King, now acknowledged as Britain’s best ever heavyweight boxer, to be duly anointed with a tap on the shoulder from Her Majesty. Or at the very least awarded an OBE, which was given to Anthony Joshua,even though he  has a conviction for a minor drugs offence as a youth. Fury has no criminal record.

Moreover only equally astonishing performances from one or two of Britain’s Olympians in the forthcoming Tokyo Games can stand between Fury and the BBC’s Sports Personality of the Year award, an event for which there were demands for him to be banned only three years back because of his hitherto outrageous behaviour.

The problem of course is Fury’s once-chequered lifestyle. The troubles that became public in 2015, controversial statements on homosexuality and abortion, ugly headlines and struggles with depression, drugs and drinking, are a well chronicled chapter of Fury’s backstory..

But I believe the time has come to recognise how he has picked himself off the floor of mental instability, just as he did went rising from the canvas in the final round of his first fight with Wilder. In three years he has gone from pariah to icon, raising awareness of mental health issues.

It was significant that Fury publicly thanked his British promoter Frank Warren from the ring for his part in hauling him back from the brink of self-destruction and conquering his demons during the dark period of his life. Significant too that Warren was telling everyone before the fight that if Fury uncharacteristically jumped on Wilder from the start he would stop him.

“Everyone thought he was crazy to go toe to toe,” said Warren. Why  is he crazy? It was like he couldn’t fight or something. Like he had no knockouts on his record. This is without doubt the best performance by a British fighter ever.

“Fury is now up there with Ali, Foreman and Frazier because this is his generation. He beat the second longest running champion ever in Wladimir Klitschko and has just beaten the biggest puncher. For a guy who doesn’t always look the most athletic and calls himself a fat bloke he is more athletic than the others put together. He moves quicker, has a better boxing brain, great hand-eye co-ordination and can fight on the back and front foot as a southpaw or orthodox. He is a nightmare to fight because he works out your style.

“He has never got the respect he deserved for beating Klitschko in Germany and I think that was part of problem. He should always have been respected. He is a Traveller, he thought they were outsiders and he wasn’t being embraced. At least people recognise what he’s doing now.”

This was one of the greatest strategies in boxing history. Fury may act crazy but he is the sanest man in boxing when it comes to tactics.

In terms of infusing charisma into the sport Fury is unquestionably the best since Ali. And like Ali he showed that he can be a destroyer as well as a dancer when it matters.

The hope now that Fury, having established himself as the number one attraction in the world sports – boxing’ equivalent  of Usain Bolt – will not regress but continue to keep a lid on the early excesses which saw so much opprobrium heaped upon him.

His acquisition of the WBC crown – traditionally the most authoritative and prestigious of the fragmented heavyweight division – means that Britannia Rules the Rings in what is still regarded as the richest prize in sport.

The increasingly excited talk of a pairing with Anthony Joshua., Britain’s 2012 Olympic champion gold medallist and holder of the three other world belts, has to be a tad premature. Not unexpectedly Wilder, still shell-shocked but now in recovery, has indicated that he will take up the contractual offer to complete the trilogy of meetings with Fury, which is likely to take place this summer or early autumn.

And ominously there is the possibility of the applecart – one temptingly filled with Golden Delicious – being upset.

The heavy-handed Bulgarian Kubrat Pulev is the mandatory challenger for Joshua’s IBF title and the bout is pencilled in for this June at Tottenham Hotspur’s new stadium.

Although he is 38 and a slow mover Pulev has a solid record and can punch, with only one defeat in 29 contests which was to Klitschko from whom of course Fury took his original world championship titles before they were confiscated. Interestingly Pulev is promoted by Warren’s US partner Bob Arum, who does not mess with no hopers.

Arum forecasts that the Bulgarian will beat Joshua, who showed his vulnerability in his first fight with Andy Ruiz Junior.

Such an result would put the kybosh on, at least seriously devalue, any showdown with Fury, which could take place at Wembley, Old Trafford, Las Vegas or in Saudi Arabia around this time next year. The Saudis were much in evidence at the ringside last Saturday, no doubt waving wads of petro-dollars.

In my view this fight belongs to Wembley–where I think this re-born father-of-five would prevail by a ko and then retire a happy and very rich family man.

Fury is now the Pied Piper of pugilism, the fans will follow him wherever he goes. His achievements should not be underestimated. It takes guile as well as gumption to win world heavyweight championship’s away from home – first in Germany and now in America where he has become a hugely popular, even endearing figure.

Also before an all British unifying bout for the world heavyweight championship can be secured there are other obstacles to be overcome. Fury and Joshua are contracted to rival promotional organisations, Fury to Frank Warren’s Queensberry and Joshua to Eddie Hearn’s Matchroom. The two promoters have never met and do not speak with each other. Additionally the fighters have obligations to different TV networks, BT and Sky respectively, but as a similar situation in America with Floyd Mayweather and Manny Pacquiao showed, when money is the common denominator a resolution can be found. And this mega-fight could be worth well in excess of £100 million.

AJ may hold more titles but song and dance man Fury is now the bigger attraction and holds the whip hand, as does Warren who is firmly back on top of the promotional pile. However no doubt they would settle for a 50-50 split of the spoils.

All this and yet another lip-smacking heavyweight clash to come at London’s O2 on April 11 when two other unbeaten heavyweights, the British champion Daniel Dubois, almost as big a hitter as Wilder, and Olympic silver medallist Joe Joyce clash for the British and European titles. 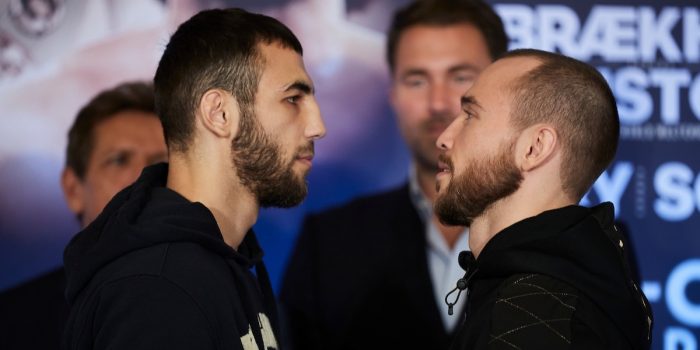 Eddie Hearn: "It’s unbelievable that a year has passed since our last tournament here in Monte-Carlo... 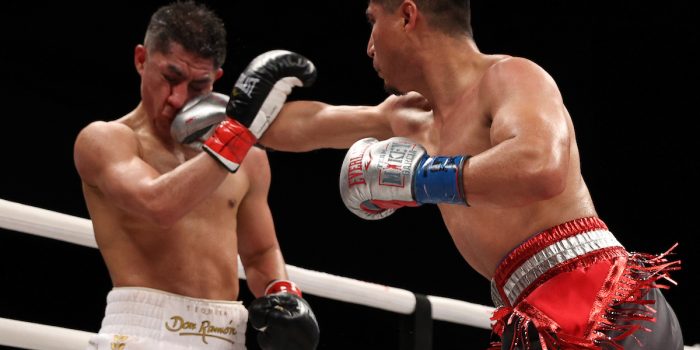 Mikey Garcia & Jessie Vargas put on a heck of a fight in Texas: FRISCO,...