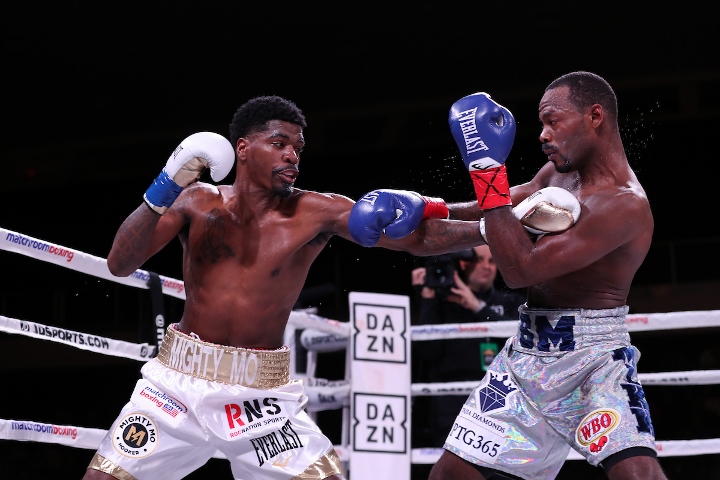 After months of preparation and anticipation, the fighters are in the ring and are in  peak condition for a World Title under the Saturday night lights at the Turning Stone Casino, Verona, New York.

Round 1. Good feel out round for both fighters. Mo landed more. 1-0 Hooker

Round 2. Hooker Boxing well and landing from the outside. LesPierre did some good body work. LesPierre in for a tall order against Hooker as Hooker probably weighs over 160 pounds tonight. 2-0 Hooker

Round 3. LesPierre looking slow now and hooker starting to break LesPierre down. Hooker landing some vicious punches in the second half of the round. 3-0 Hooker

Round 4. LesPierre holding his own as he is very determined. LesPierre still taking to much punishment. 4-0 Hooker. 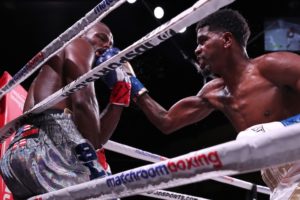 Round 5. Excellent Round of action. LesPierre doing some excellent work in there but can’t overcome the reach and size advantage. 5-0 Hooker

Round 6. LesPierre has his best round of the fight, but Hookers thudding punches won him the round to continue the Sweep. 6-0 Hooker

Round 7. Hooker Boxing well dancing around the ring in other circles. LesPierre being the aggressor but Hooker much busier. 7-0 Hooker

Round 8. LesPierre does some excellent work avoiding Hookers shots and landing to the Body. 7-1 Hooker.

Round 9. Terrific round of action as LesPierre starts strong but Hooker lands a massive left to the body to drop LesPierre. Warrior LesPierre surprisingly gets up. LesPierre against the ropes taking some heavy shots, but he comes back with a flurry to back Hooker up at the end. 8-1 Hooker.

Round 12. Mighty Mo dominates the last round punishing LesPierre for lasting all 12 rounds.

Much Respect to Mikkel LesPierre for fighting an uphill battle.

Undercard Results from the Turning Stone:

Callum “The One” Johnson (18-2) TKO’s Sean Monaghan in the beginning of the 3rd round. A blooded Monaghan came out in the second round and suffered two vicious Knockdowns. Referee Charlie Fitch had multiple opportunities to stop the fight in the second round and showed poor judgement to let the fight continue. I was surprised that Monaghan’s Trainer Joe Higgins didn’t throw in the towel to protect his fighter.

Heavyweight Sergiy “Russian Bear” Kuzmin gets some good work in as he squeaks bye Philadelphia’s Joey (The Tank) Dawejko getting the majority decision (95-95, 96-94 & 96-94). Tank fought his heart out and took the fight on only two weeks notice. Tank dropped over 20 pounds to come in at a ready 250 pounds.

Otha Jones lll (debut) & Giorgi Gelashvili (5-1) put on a heck of a six round fight. All six rounds were action packed with a lot of back and forth action. Both fighters giving as much as there getting to the fans delight. Gelashvili (Goga) The tough Brooklyn native had a great second round and dominated the 3rd. Round, but in the end The young brash Jones was lightning fast and pulled out a unanimous decision. Welcome to the Pro’s OJlll.

Brooklyn’s Nikita Ababiy TKO’s Ohio’s Cory Dulaney in the 1st Round. Ababiy (White Chocolate) landed some great body shots throughout the round and finished Dulaney of with a devastating left again at the end of the round. White Chocolate improves to 3-0. 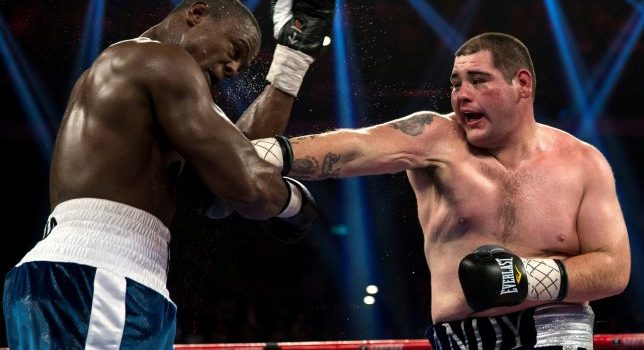 Andy Ruiz Jr is relishing being the underdog

By Peter Gilbert Andy Ruiz Jr is relishing being the underdog for his showdown with... 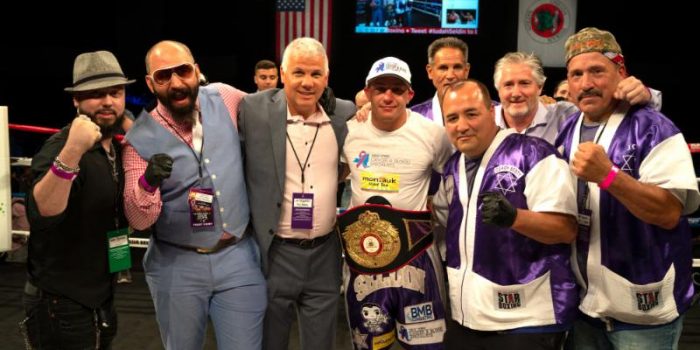 CLETUS SELDIN  GETS CAREER BEST WIN; STOPS ZAB JUDAH IN THE ELEVENTH ROUND IN BLISTERING PACED...