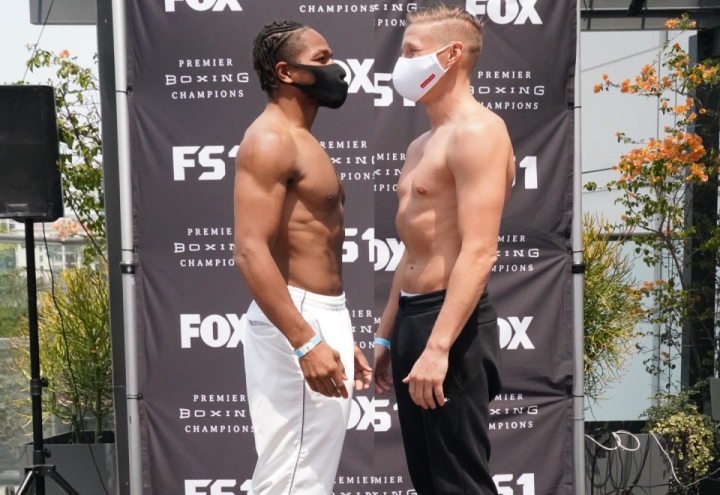 Porter vs. Formella: Grit and Grind

A win on Saturday gets Porter right back into the thick of things and earns him another run at a world title.

Formella is a six-year pro who has yet to travel far from his German home base. His only fight outside of Germany was in nearby Sweden back in 2017.

High-water mark wins over Thulani Mbenge, Roberto Arriaza, and Betuel Ushona spotlight the 33-year-old’s lack of high-end, elite-level experience. A win over Porter in Los Angeles, however, instantly makes him a player on the world stage.

This WBC/IBF title eliminator means the world to both fighters. Porter is burning to get back into the title mix and challenge the winner of the November 21 Errol Spence-Danny Garcia FOX Sports pay-per-view clash or, possibly, Manny Pacquiao.

Formella wants to make a name for himself outside of his home country and earn a shot at one of the top dogs in the lucrative, stacked 147 lb. division.

Porter, who is trained by his father Kenny Porter, has earned a reputation as one of the toughest, most fearless fighters in the game. At his best and most effective, he’s an awkward, off-putting buzzsaw of a boxer, swarming opposition with athleticism and aggression. To avoid being overwhelmed, foes are often forced to abandon their own game plan and simply fight back.

Although aggression is his game, the 32-year-old is an underrated boxer and has been adding touches of stylistic nuance to make him a more complete all-around fighter.

Whether bulling forward or boxing from a distance, Porter’s high-end athleticism, superb conditioning, and hardcore grit make him an exceedingly difficult opponent.

Defensively, Porter’s greatest assets are his sturdy chin and a ring awkwardness that makes him difficult to hit flush. His speed and general athleticism also help keep him out of trouble.

Formella is a tall, rangy movement-oriented perpetual motion machine. Although not gifted with extreme hand or foot speed, the undefeated German moves effectively and is naturally athletic. Boxing from the outside, he shifts angles and directions fluidly and has superb conditioning.

His best offensive weapon is a right hand thrown three-quarters over the top. He’s also adept at working the body when he chooses to stand his ground a bit more. He’s not particularly heavy-handed, but his punch output and ability to use movement as a setup for offensive opportunities make him an effective scorer.

On defense, Formella uses his legs and his reflexes to avoid incoming punches and keep opponents off balance.

“ Once I smell that blood, I’m going for it. ”Two-time World Welterweight Champion – Shawn Porter

“Me and my dad have been working hard since April staying ready for this opportunity to get back in the ring…Over the past couple of years, any time I step in the ring there are some new wrinkles to my game. We understand that you can’t fight one way against everyone, so you’re going to see some small, slight wrinkles, but I’ll always been an aggressive fighter. Once I smell that blood, I’m going for it. We’re excited to show off a different side of Shawn Porter.”

“This is the biggest fight of my career and I will do everything I can to win. I’ve been training since June…and now I’m getting the final touches in Las Vegas against strong sparring partners like Yordenis Ugas…Porter is number 4 in the world, a great fighter who has boxed many top welterweights so far. I have a lot of respect for him, but I’m here to win.”

In a side-by-side comparison, Porter seems to have an edge over Formella in every single category. He’s a bigger puncher, quicker, more athletic, physically stronger, more experienced, and much more battle-tested. But, as we’ve seen time and time again, predicting the outcome of a fight is about more than calculating the sum of the parts.

Formella being a relative unknown entity is not necessarily a negative. It’s simply not known how well he’ll perform against an elite-level opponent like Porter in the biggest showcase opportunity of his career.

Timing will be key for the German boxer. It’s okay to be a half-step below Porter in every category as long as he can execute a proper game plan and use effective timing to offset the disadvantages.

He’ll have to catch Porter, upsetting his rhythm and balance, before Porter barrels in. Then he’ll have to get on his bike, reset, and do this again and again. When Porter does make it on the inside, Formella will have to hold on tightly until the ref steps in and allows for space to be made again.

The question will be whether Formella has the poise, focus, and overall ability to keep this strategy up for the full twelve rounds.

Porter’s key to success is persistence– something which has never been an issue for him before. He’ll keep coming forward, keep applying pressure, until something breaks.

This Saturday, Formella will move and potshot. Porter will try and turn an interesting tactical battle into a fight. If all hell breaks loose, expect Shawn Porter to come out ahead and leap into another round of wars with the top dogs of 147. 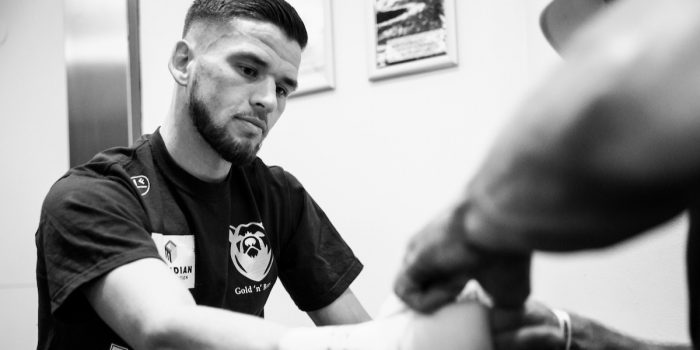 Martin J Ward hopes that a standout performance against Mexico's Jesus Amparan at the FlyDSA Arena... 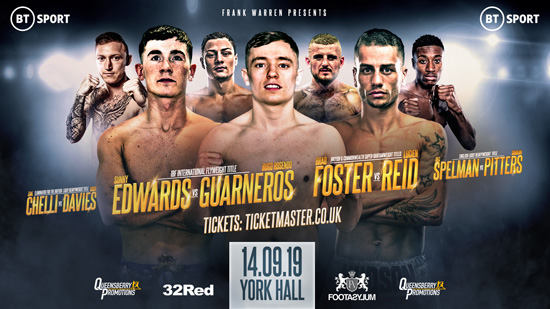 FRANK WARREN and Queensberry Promotions return to York Hall on Saturday September 14 with a...