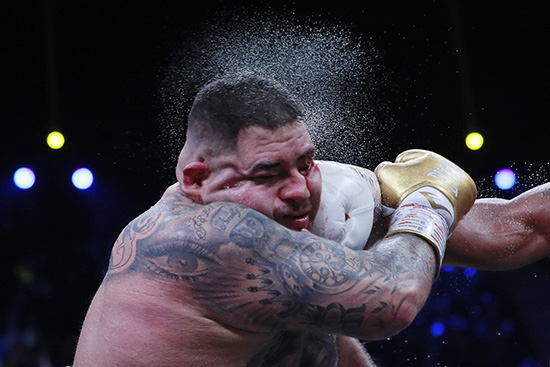 RUIZ HAS GOT TO TAKE IT ON THE CHINS

THREE PIECES OF the world heavyweight championship pie returning to British ownership was the good news from the weekend, the not so good was the champion looking in no fit state to defend.

Fair play to Anthony Joshua. He got his game plan and tactics just right while confronting any lingering demons from his June demise in New York. He did what we tell boxers to do on a daily basis – hit and don’t get hit – so no boxing people can have any complaints over that.

Andy Ruiz jr, on the other hand, brought disgrace to himself and the sport by simply failing to prepare to any sort of required level. Just because you are a heavyweight it shouldn’t mean you don’t have an obligation to display a certain degree of athletic intention.

Yes, he was heavy last time around and usually wobbles a bit around the middle, but this was ridiculous. When eyebrows were being raised at the weigh-in he literally was the elephant in the room.

Joshua must have wondered which chin he was supposed to aim for.

It is a bit late after the event to come out and say you partied too much and regret carrying so much weight. If he turned up like that for a non-title fight where the paymasters were not so invested in a positive outcome for their man, the promoters and TV executives would be rightly hacked off over a fighter coming in so obviously out of condition.

And spare a thought for those punters who might have had a punt on the champion, who had every right to believe he had put the graft in having had the benefit of a full camp. Professional athletes have a responsibility to ensure a level playing field on behalf of those who pay for the privilege of watching.

What we ended up with was a fella who basically scoffed himself out being world champion and a spectacle that suffered as a result. The fault for this lies firmly with Ruiz, who didn’t have any legs to close down a Joshua on the retreat.

While he did get his tactics right, Joshua was all safety first. The big ring offered him plenty of room to manoeuvre and everything was stacked in his favour.

It is all very well having fast hands, but this is pretty redundant if your legs won’t shift you quickly enough into range. Carrying all that weight around with you will never be an advantage.

Joshua did what he had to do and congratulations to him on getting his belts back, but I know what Ben Davison was getting out when he used the term ‘a poor man’s Tyson Fury’. Ben wasn’t being disrespectful because Tyson Fury wouldn’t have been dancing around away from Ruiz, he would have done a job on him and stopped him.

Tyson is elusive. While he looks to make them miss, he also always seeks to make them pay. Watch the Wilder fight again and you will see that getting up close holds no fears for Tyson.

Joshua now has two mandatory defences looming so we’ll have to wait and see whether he attempts to negotiate fitting them in or lets a belt go.

The bottom line from what we saw over in Saudi is that Ruiz was a disgrace to the belts he was defending. He did a Buster Douglas and ate himself out of contention.

I saw in an interview before the fight with Ruiz saying he had achieved his dream. Well, if his dream was to win the titles then stuff himself stupid and lose them at the first time of asking, then his dream has become a reality.

King of the heavyweight division to Burger King in the space of six months. 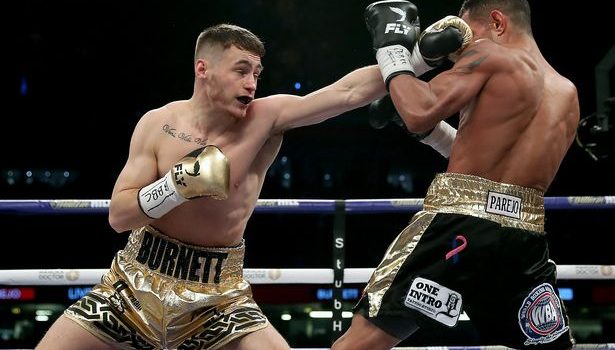 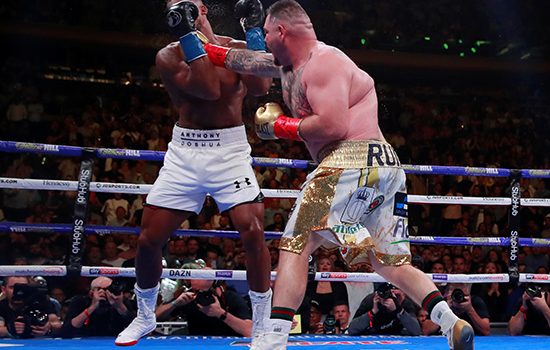 JOSHUA UPSET WAS ALWAYS IN THE CARDS

By Frank Warren IT IS DIFFICULT to know where to start when it comes to...