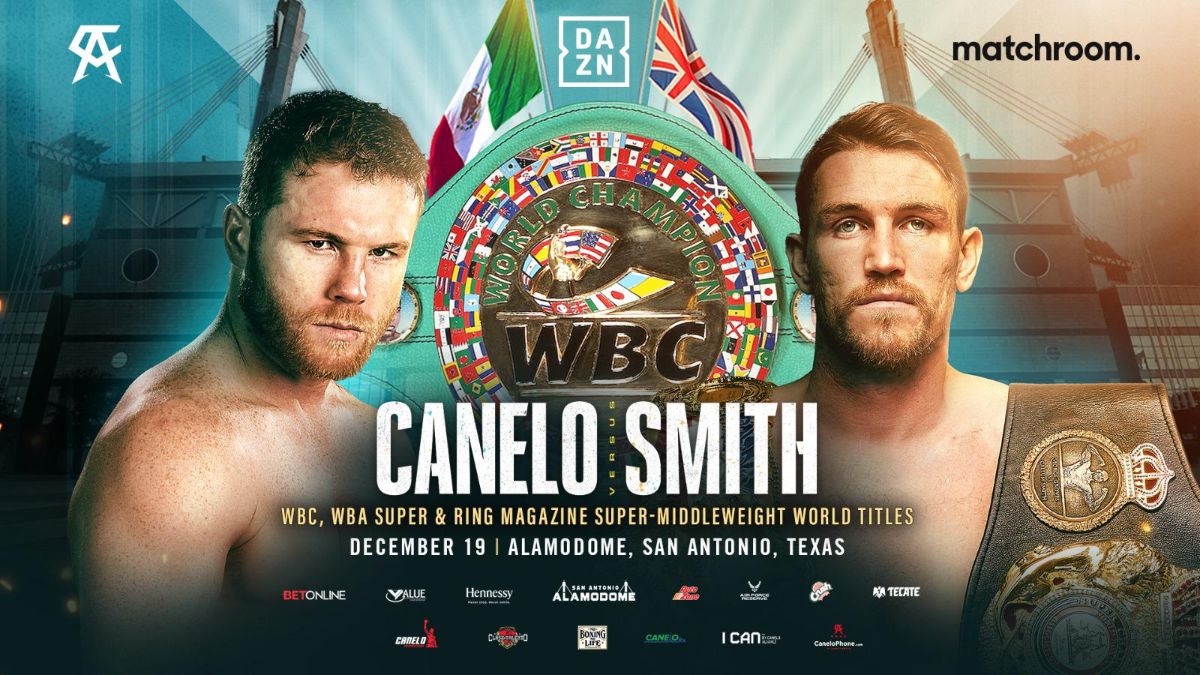 TITLE ON THE LINE FOR CANELO VS. SMITH

Matchroom and Canelo Promotions are delighted to announce that the WBC World Super-Middleweight title will be on the line when Canelo Alvarez and Callum Smithclash at the Alamodome in San Antonio, Texas on Saturday December 19, live on DAZN in 200+ countries and territories worldwide and on TV Azteca in Mexico.

Canelo (53-1-2 36 KOs) once again reaches for greatness as he challenges the WBA Super, Ring Magazine and world number one rated Super-Middleweight Smith (27-0 19 KOs) in Texas, and the addition of the WBC title adds more greatness and glamour to an already monstrous fight.

Both men have won WBC straps before, with Canelo winning belts at Super-Welterweight and Middleweight and Smith landing the WBC Diamond belt at 168lbs, and the winner on December 19 will be ordered to face WBC #2 ranked Avni Yildrim within 90 days.

“The WBC is extremely proud to have such tremendous fight for the vacant WBC Super-Middleweight title,” said WBC President Mauricio Sulaiman. “Canelo and Callum will give the world a superb closing of a difficult year and will make fans from around the world celebrate with much entertainment and enjoyment. I would like to personally praise Avni Yildirim for his exemplary collaboration to make this a reality.”

“I am delighted that the winner of this fight will be crowned the WBC World champion at 168lbs,” said promoter Eddie Hearn. “Canelo Alvarez is the pound-for-pound best fighter on the planet, and Callum Smith is the number one Super-Middleweight on the planet – so it is fitting for the winner to proudly wear the green and gold belt on December 19.“ 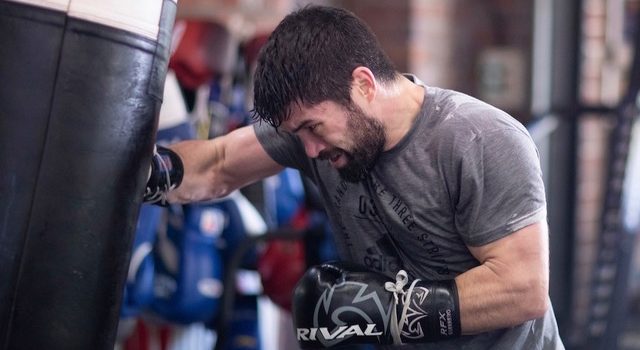 RYDER: SIZE DIFFERENCE WILL PLAY INTO MY HANDS

John Ryder is hoping to prove that size isn’t everything when he challenges Liverpool’s giant... 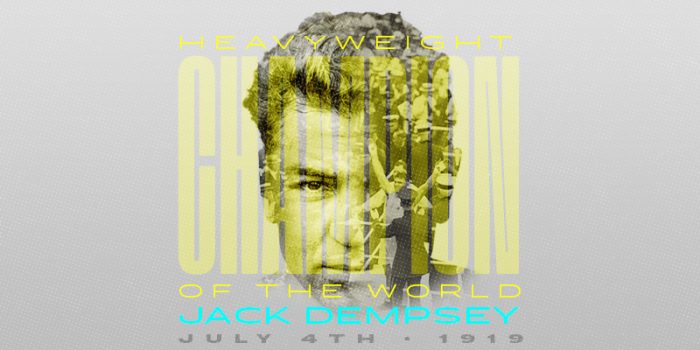 By Victor Cota Some history books say that the afternoon of July 4, 1919 was...