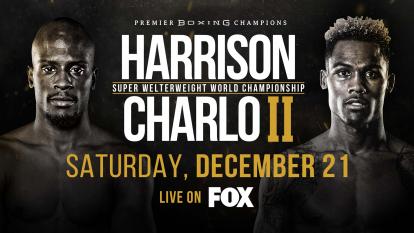 Harrison vs. Charlo II is a high-voltage rematch that has been building ever since the end of the first matchup. The two were set to meet in June, but the rematch was postponed when Harrison suffered torn ligaments after spraining his ankle in training.

Now that he is fully healed, Harrison is ready to solidify his hold on the title while Charlo is ready to take back what he believes belongs to him. The rematch comes just one day short of a full year from the first time the two stepped into ring against each other on FOX.

“After a dramatic and razor thin first fight, Tony Harrison and Jermell Charlo are sure to be at their best on December 21 when they settle their rivalry in a can’t miss rematch,” said Tom Brown, President of TGB Promotions. “This is the kind of high stakes 50-50 fight that belongs in primetime on FOX and I know that the Southern California boxing fans watching in Ontario will love everything that these two champions bring to the ring.”

In the first meeting, Harrison deployed a tactical defensive strategy that blunted much of the force of Charlo’s high-powered offense. The intrigue of the rematch is whether Harrison will be able to use a similar strategy to remain champion or will Charlo be able to impose his will on Harrison and regain the title.

The 29-year-old Harrison (28-2, 21 KOs) entered the first match against Charlo having come up short in his previous world title attempt. He lost to Jarrett Hurd in a bid for the IBF title in 2017. Harrison, a protégé of the late Emanuel Steward and a native of Detroit, bounced back with three strong performances, including a decision victory over former world champion Ishe Smith.

“The delay just made me even hungrier heading into this fight,” said Harrison. “Watching Charlo the night we were supposed to go shine, and rejuvenate himself, it built up so much hunger in me. I’m tired of the talk and the noise. I’m ready to go.

“We’re looking to work smarter this time,” added Harrison. “I think everything I did before worked, but we want to make it even more decisive. The plan is to be more technically sound overall. You may see an early knockout. It’s tense between both parties. I’m pretty sure he wants to knock me out as much as I want to knock him out. Whoever has the best plan will win. But I’m by far the better athlete. Athlete for athlete it’s not even close. I’ll beat him in everything, running, basketball, football. My style is perfect for his style. He’s Shane Mosley to my Vernon Forrest. I’ll beat him every time I face him.’’

It was an emotional night for Charlo (32-1, 16 KOs) the first time he fought Harrison. He and his twin brother, Jermall, the WBC Middleweight World Champion, were defending their titles on a FOX PBC Fight Night doubleheader at Barclays Center in Brooklyn. Jermell and many ringside observers thought he had done enough to beat Harrison, but the judges saw it differently, handing Harrison a unanimous decision victory and setting up a hotly contested rematch.

A 29-year-old native of Houston, Texas, Charlo, won the title with a knockout victory over John Jackson in 2016. He went on to establish himself as one of the best young finishers in the sport with devastating stoppage victories over Charles Hatley and Erickson Lubin in defense of the title. He scored a majority decision over former world champion Austin Trout before taking on Harrison and most recently scored a knockout victory over Jorge Cota on FOX in June.

“I still feel strongly that I won that first fight and I’m going to do things in a more dominant fashion this time,” said Charlo. “I’m coming in to this fight being the overpowering, strong, ferocious Jermell Charlo. Tony Harrison is not on my level. It’s my job on December 21 to prove that and to prove my worth. I’m coming in there mentally focused. When I fought Jorge Cota, that’s a prelim of what’s to be expected from me in the future.

“I want to look for the knockout and set it up,” continued Charlo. “I don’t want it to go the judges. That’s my worst nightmare. If it does go 12 rounds, he’s going to be very injured at the end. The loss taught me how to be more patient and to take things step-by-step. I’m going to show everyone why Jermell Charlo is a threat to the whole 154-pound division. I personally feel I’m the best in the division. I’m an upgraded Jermell Charlo that you’ll see on December 21.“ 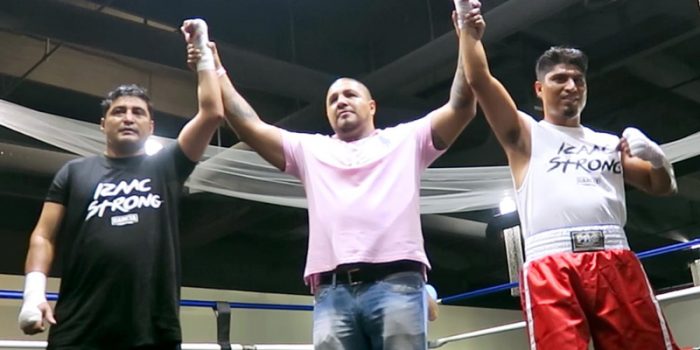 Morales and Garcia- an exhibition for a very good cause

Mikey Garcia and Eric “Terrible” Morales, offered an entertaining exhibition fight on Sunday with all... 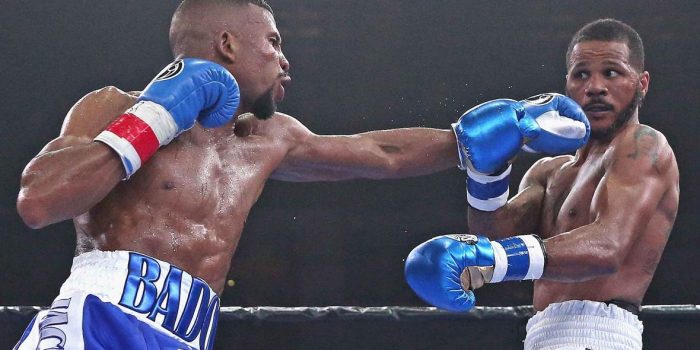 On this day in history, Badou Jack Wins Title

On this day in history, Badou Jack conquers WBC belt   Three years ago on...